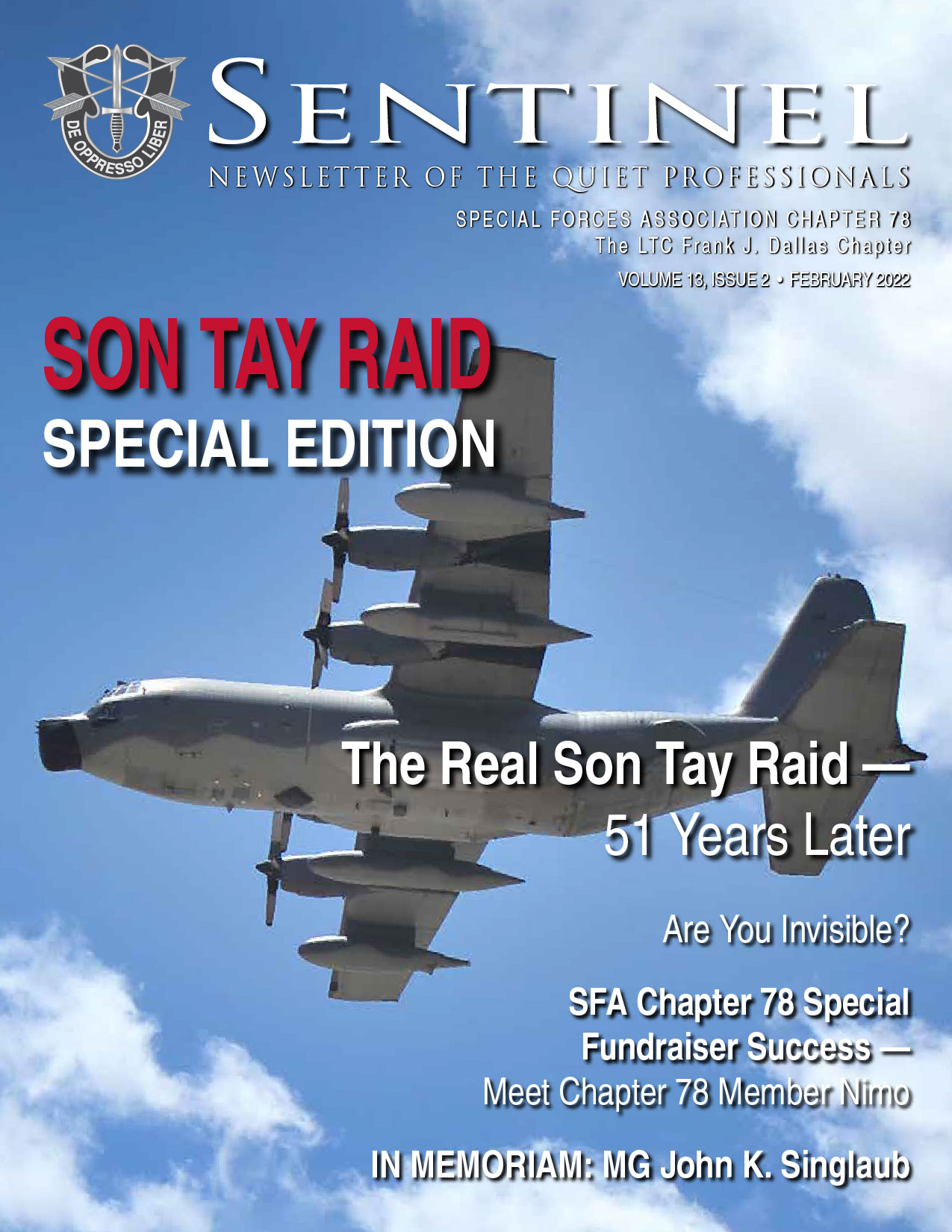 On the cover: Code named “Cherry One,” the MC-130E Combat Talon I, tail number 64-0523, the lead aircraft in the 1970 Son Tay Raid, takes its final flight during an aircraft retirement ceremony at Cannon Air Force Base, NM on June 22, 2012. Cherry One shows a newer modification, which is not unusual. Older aircraft were frequently modified with the latest available technology, Modifications on this aircraft made post-Vietnam, include the color, it is missing the Fulton fending lines and it has no air attack angle probe in the tail. (Photo by Airman 1st Class Alexxis Pons Abascal, Air Force Special Operations Command Public Affairs)