Michael S. Jameson was born in 1945 in Louisiana. His father was a professional ballplayer, so the first years of his life were spent living from one baseball park to another and not finishing a full school year in any grade — the family travelled a lot.

His parents divorced when he was 8 years of age. After the divorce, his Mom took him and his sister Cinda to live with his grandparents, Poppy and Bobel, at “The Ranch” in Cucamonga, California.

It was here that Poppy became a father to Mike and filled the void left by Don Jameson. The values of life learned on The Ranch, of responsibility, respect and gratitude towards others all began here.

At the age of 11 his Mom remarried and the family moved to Compton, California. Mike soon learned here that a new set of life values was to be learned — “The rules of the street.” Those were three rough years.

After three years the family made a decision to move to Sunset Beach, California. Mike became a “surfer” instead of choosing a “gang.” The next ten years were “Happy Days” living at the beach, with great High School experiences in Huntington Beach and a chance to go to college at Long Beach State University.

However, academic probation redirected his life.

In February, 1968 (one month after “TET”) happy days ended with a draft notice to enter the United States Army. Mike volunteered for Special Forces and a tour of duty in the Vietnam Conflict, South East Asia. — 46th SF Co. 1st SF (ABN), Thailand.

Upon arriving at the 46th SF Co. Mike was assigned to Net Control Station (NCS) radio site at Camp Narai, Lop Buri. As a SF radio operator, Mike quickly realized the importance of the NCS and its relationship to the success and wellbeing of ten ODA sites located on the north and north eastern regions of Thailand along Laos, Cambodia and down south into the Malaysian Peninsula.

The mission of the NCS was to maintain, monitor, authenticate and provide constant contact 24/7 with all teams and with headquarters communication center at Camp Narai. There were many sleepless nights.

One early morning in particular, prior to opening the net with the usual frequency change and “sitrep” sequence from the A Teams, we noticed that we were unable to transmit or receive!! We had power, just no “voice”. Immediate inspection of the antenna field outside revealed someone had breached the outside security wire and intentionally cut a halyard line collapsing one side of our main antenna from atop a 75 foot tower. The only way to solve the problem was obvious — climb up the tower, refigure the line, get the antenna loaded and the “net” open. Within fifteen minutes the “net” was operating and Mike had come down off the tower.

As time went on Mike was designated “Trick Chief” of the radio site and helped supervise new radio operators that came in. On 8 June, 1970 Mike was selected for promotion to Staff Sgt E6 along with several other operators.

The 46th SF Co played an important role in the Southeast Asian conflict by nature of its mission working with the Royal Thai Army and Thai Border Patrol units in preventing any large scale insurgency flowing in from Laos and Cambodia.

In November, 1970 he returned home to a different place from which he left. Norman Rockwell didn’t exist anymore. That same year Mike ended a marriage of no consequence to an individual he married prior to going overseas.

In 1971 Mike began his career in the Lumber Industry, following his Step-Father. For the next forty-five years he worked with sawmills, lumber yards and contractors and eventually built his own company, Treated Forest Products, which he owned for 18 years.

During this time, he met Christine Sweet and they married in 1972. He has a family of two sons, Todd and Mathew and five Grandchildren. They have been married 48 years and currently live in Newport Beach, California. He is enjoying retirement and keeps busy in his wood shop and getting out to the shooting range. When time allows…. road trips around the United States. Life is good! 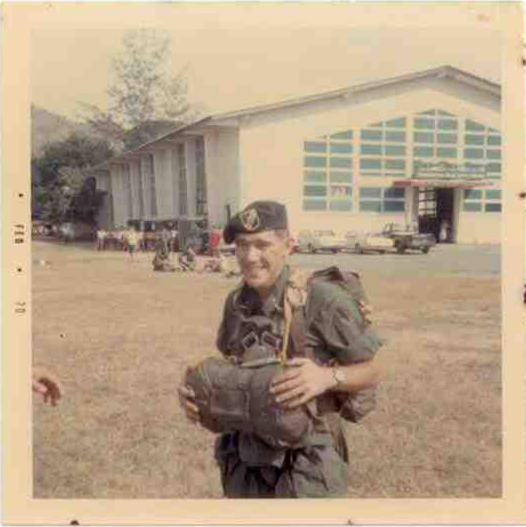 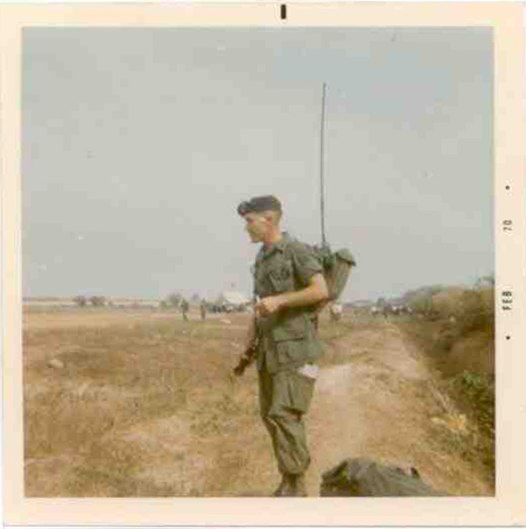