Volunteered for the Army in ’69 after 2 yrs of college which included ROTC. After completing Infantry AIT at Ft. Gordon, applied for and was accepted for OCS training. However, after completing the board of review, was informed that it would be at least 6 months before getting an OCS class date. Then a chance encounter with the SF recruiter began what was to become a life altering experience, and set me on a path that would impact the rest of my life. Within two weeks of this encounter I waived OCS and was at Ft. Benning for Jump school, and then on to Ft. Bragg for SFQC. Actually wanted to take the Engineer training (build & blow it up), however because of test scores, I was “voluntold” that there was a greater need of SF Medics. Little did I know this put me on to the path that would later determine my future civilian career.
During my 8+ years in SF there always seemed to be a shortage of Medical Specialists which worked to my favor and ended up affording me a number of unique experiences. One example came toward the end of active duty in January ’72, when I returned from Christmas leave and was told that I had 30 minutes to grab my ruck and get on a waiting chopper. It took me to a team that was already in isolation to begin SADM orientation. Yes, in addition to the 10th, the 5th also had the Special Atomic Demolition Munition (SADM). Honestly, it came as a complete surprise to me that we had mini “A-bomb” that was knee high and weighed about 50+ lbs when jump ready.

It was my SF experiences that subsequently lead me into the medical field where I became a PA and then spent 35+ years in medical/clinical research. BA in Medicine, MA’s in Education and Business; Thank you GI Bill & SF!

After active duty I ended up with the 12th SF out of Arlington Heights, IL. Was assigned to OD-3, Co. B which was designated the Demonstration team for the 12th, which meant we largely did parachute jumps and rappelling from choppers at air shows and special events. Our other main assignment was cross training with other special ops units. In this capacity I got to experience the Combat Talon, a modified C-130 with multiple, refrigerator sized computers (which today could be handheld) that were used in support of Spec Ops projects. An operational detachment would carry a transmitting device that when turned on would send scrambled bursts that only the Talon with its computers could receive and pinpoint for resupply or extraction. A glorified QPS by today’s standards.

End of the line came in ’79 when I found myself sitting on a hillside in Korea one night with my counter part from the ROK 5th SF (Black Dragon). We were there to train them on the Talon’s capabilities and other tactics. As I sat there thinking more about my wife (who was 6 months pregnant with our first child) than the mission, I realized that it was time to hang it up. Got out a couple of months later. 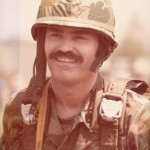 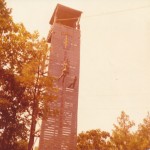 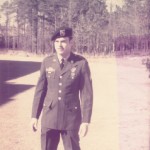 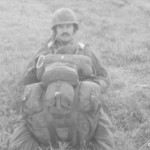 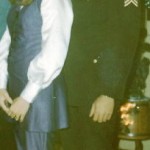