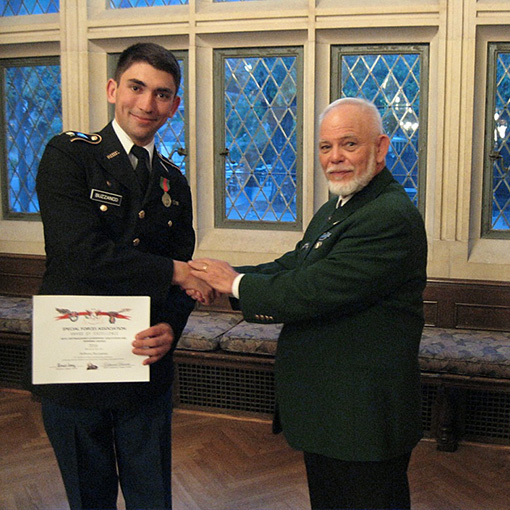 Cadet Anthony Buzzanco being awarded the Special Forces award and medal by Kenn Miller at UCLA. He is a very impressive guy. His goal is to become a special operations physician. He’s done well on the tests for medical school and has applications out to some pretty prestigious med schools. He plans to stay in reserves or National Guard while in med school. Ken advised him to get to jump school and Ranger school as soon as possible, because after getting his MD and getting a physician’s commission, he’ll probably be competing with former enlisted special operations medics.