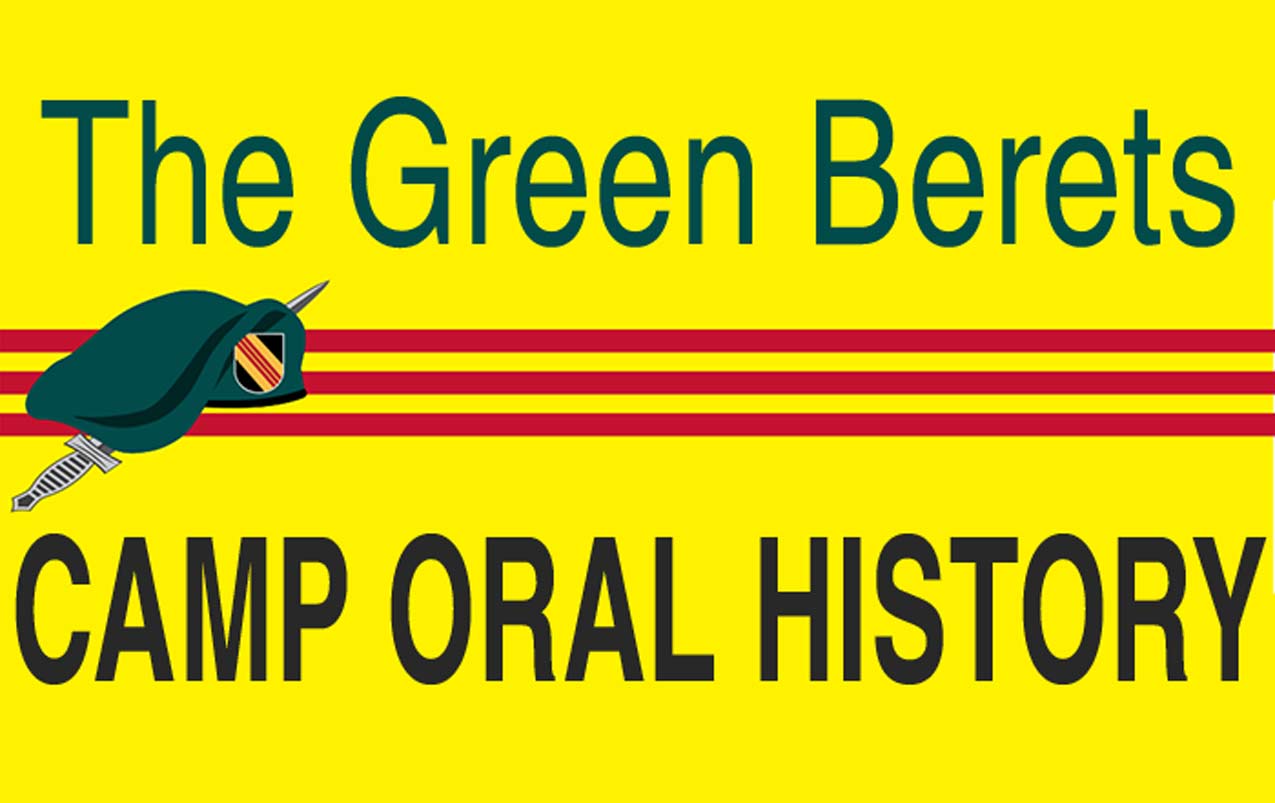 Steve Sherman has helped many Vietnam era Green Berets and others find each other through his websites, writings, and individual contacts by email or phone. He is a wealth of knowledge and an enthusiastic helper.

His latest project, starting around October of 2021, is to contact the members of A camps and invite them to a Zoom meeting with team members from each individual camp. Right now he is working his way through the III corps camps. I was a team member at Duc Hue, which started out under B35 in Duc Hoa and was turned over to B32 in Tay Ninh. So it went on paper and leadership from A351 to A325.

On 5.18.22 several of us (10 or 12) were able to meet, most of us for the first time. It was fascinating hearing about the earlier history (in my case because I was there from Sep 69 to Aug 70), and others heard of later camp exploits. We intend to keep in touch by email or more, as well as work on methods to centralize the pictures we have put on line in various places. I had an added contribution to make, since as the editor of the Sentinel I felt emboldened to write about Duc Hue’s participation in the Cambodian Incursion from May through June of 1970. So I sent out PDF’s of those stories to all and mentioned how to reach more at specialforces78.com, our website.

Others will come up with other ways to stay in touch and renew old acquaintances. One of our team lives in Orange County and ended up attending our next chapter meeting. Such were the types of outcomes that Steve had envisioned when he started. There were learning experiences. For example, he thought he might be able to get members from an entire B team together. That turned out to be unwieldy and he switched to individual A teams. That has been more work and better results. 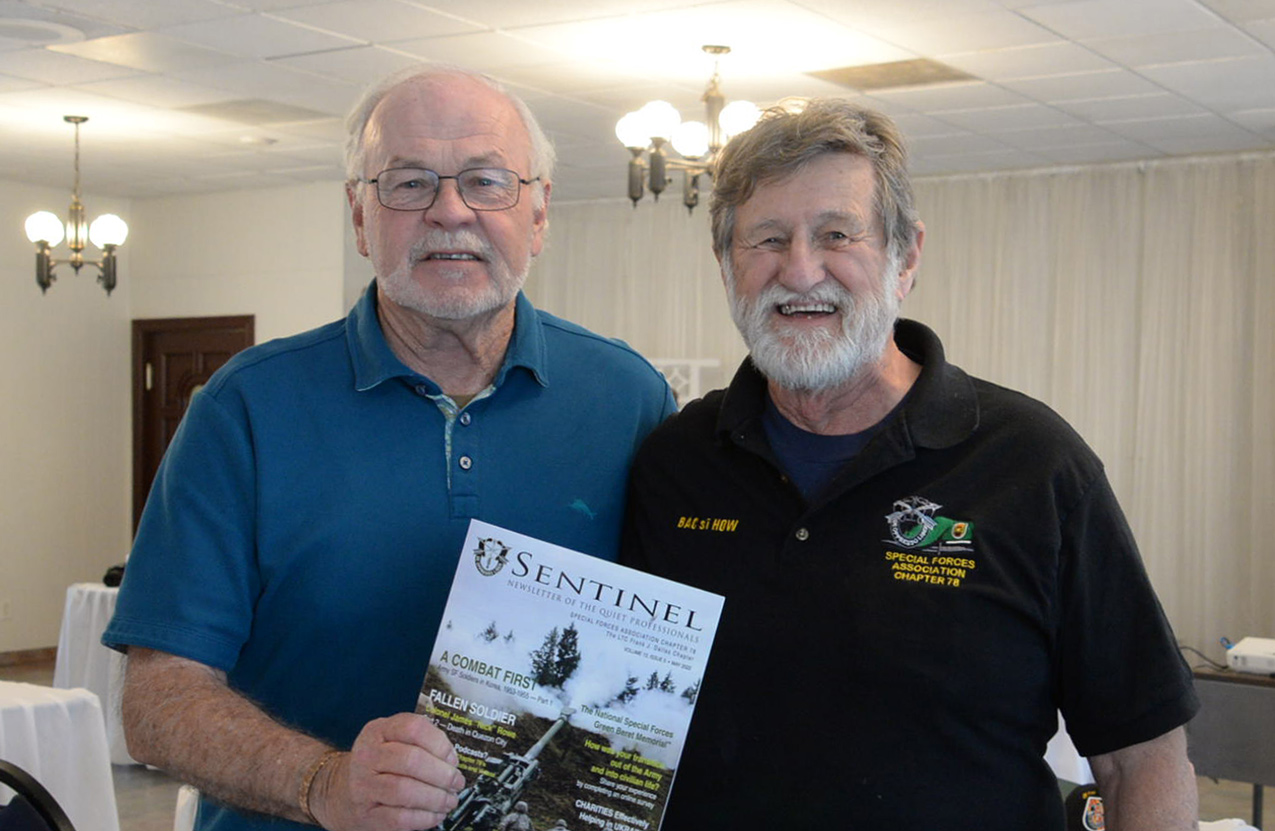 Jack Blake, left, and Chapter 78's How Miller, right, reconnected on Steve Sherman's May 18th Zoom session, which led to meeting in person at Chapter 78's May meeting.

He has posted some of the recorded Zoom sessions and they are available on his website: specialforcesbooks.com. There is a link located in the upper right area of the page to reach the recordings that looks like this: CLICK HERE FOR CAMP ORAL HISTORY VIDEOS. Bonnie Cooper, long time super volunteer for SOA and SFA, and expert at most IT matters, has edited many of the recordings though she hasn’t been able to get to all of them yet.

Steve is enthused by the successes he has achieved, but his biggest surprise in starting this project was how reluctant people are to answer the phone to talk with him and to also get on Zoom. He understands there are so many scammers out there that answering the phone can be a hazardous environment, like being outside the wire alone at night. So he tries to say Special Forces as soon as he can to break through the resistance. He also mentioned that our loved ones often have Zoom skills and would love to hear about what you did “back in the day” as a reward for helping you negotiate the process.

Steve has finished I Corps and still has more to do in III Corps, and then IV Corps. After that he will go back to do some individual A teams from II C orps that he felt deserved their own attention due to the crowded B team attempts.

So, don’t miss this singular opportunity, and give Steve a break by answering the phone.

If you don’t have the Green Beret magazine reprints from 5th Group, they are available at:
https://www.specialforcesbooks.com/GBMdetail.htm

If you don’t have Steve’s new 14 volume series on the Second Indochina War, go to:
https://www.specialforcesbooks.com/specialoffer.htm 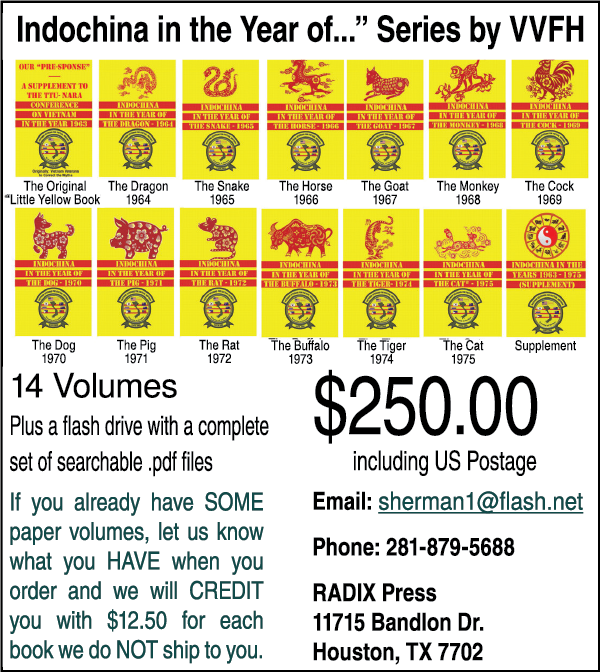 Director of both RADIX Press and RADIX Foundation

Author/Editor of numerous books and CD’s including Who’s Who from MACVSOG, Who’s Who from White Star, II CTZ Mobile Strike Force, Official Lite History and Cookbook of the Gulf War, Glints of a Shining World (A Gerald Cannon Hickey Reader), and others to be found at www.specialforcesbooks.com 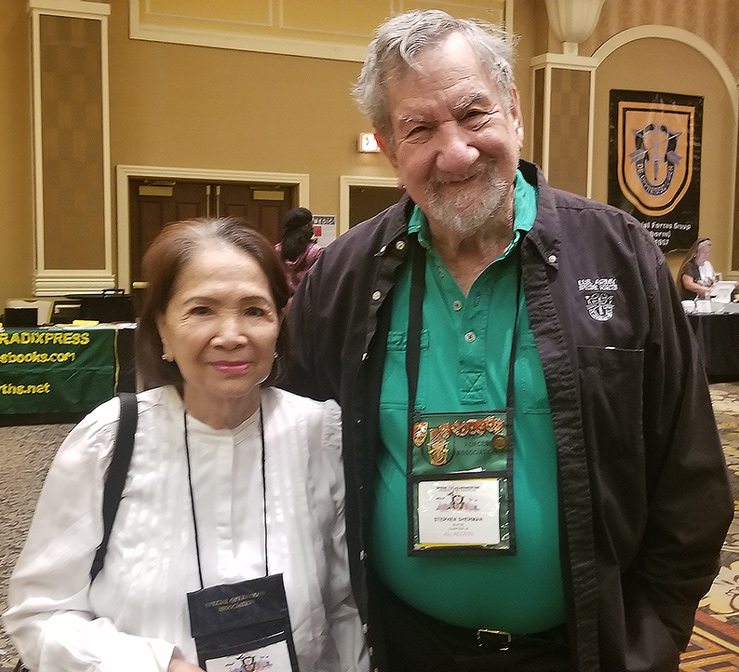 Steve Sherman with his wife at the SFA Convention in Oct. 2021.