By How Miller, Sentinel Editor

From his time on a Jedberg team with the OSS in WWII (he was, in fact, the last living Jedburgh), through being SF’s CHIEFSOG during the Vietnam War, Jack’s life was filled with clandestine activities, right up through his 100th birthday. He was truly an American Hero.

The New York Times’ Richard Goldstein wrote in the January 31, 2022 edition, “General Singlaub trained resistance fighters in German-occupied France and rescued Allied prisoners of war held by the Japanese during World War II. He conducted intelligence operations during the Chinese Civil War and in the Korean War while assigned to the C.I.A., and he commanded secret Army forays into North Vietnam and neutral Laos and Cambodia during the 1960s to ambush Communist troops.”

“A sturdy 5-foot-7 with an enduring military brush haircut, General Singlaub seemed fit for combat long after his last war. He was “the kind of guy you’d like to have on your side in a barroom brawl,” Pat Murphy, an acquaintance and the publisher of The Arizona Republic at the time, told The New York Times in 1986.”

We are all better off for Jack having lived among us. He will be missed by many.

Read about MG Singlaub in our tribute to him in the March, 2022 Sentinel. 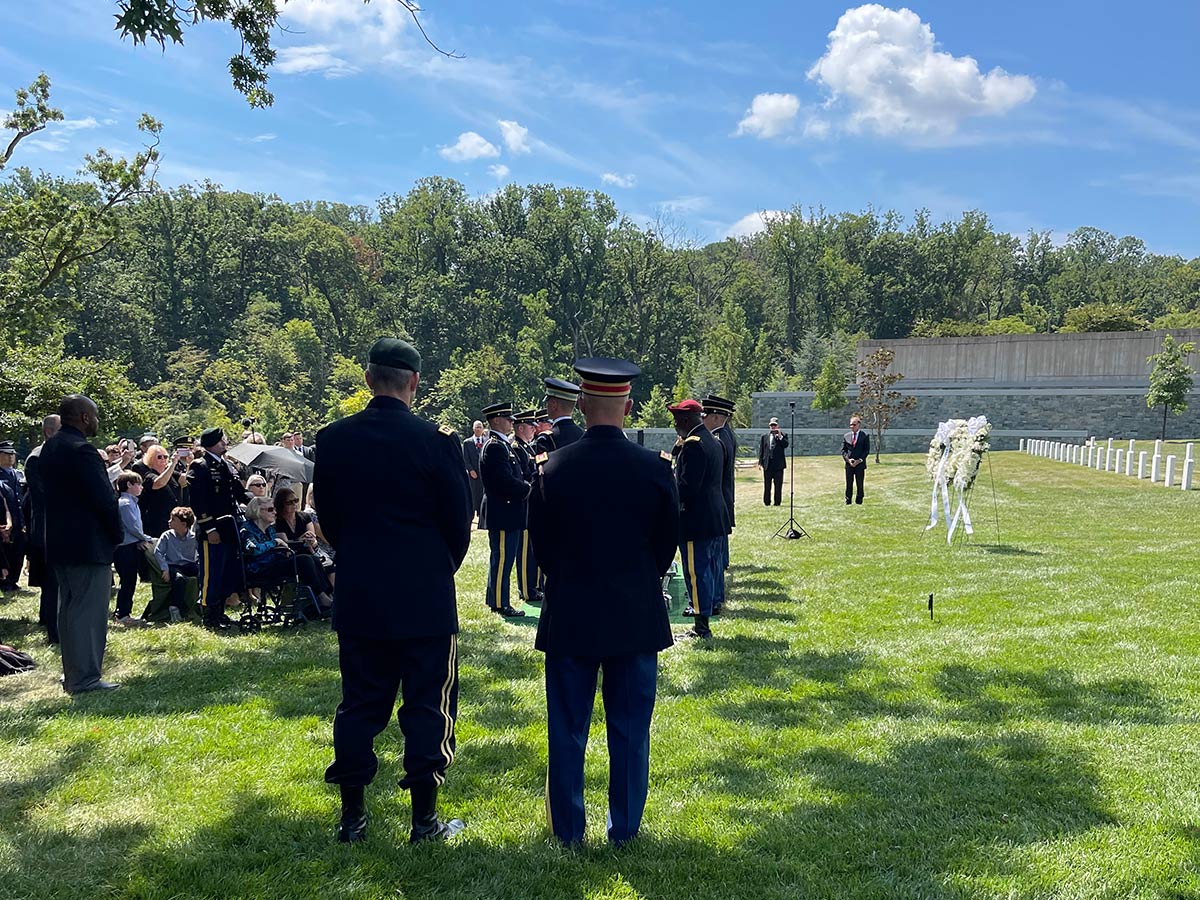 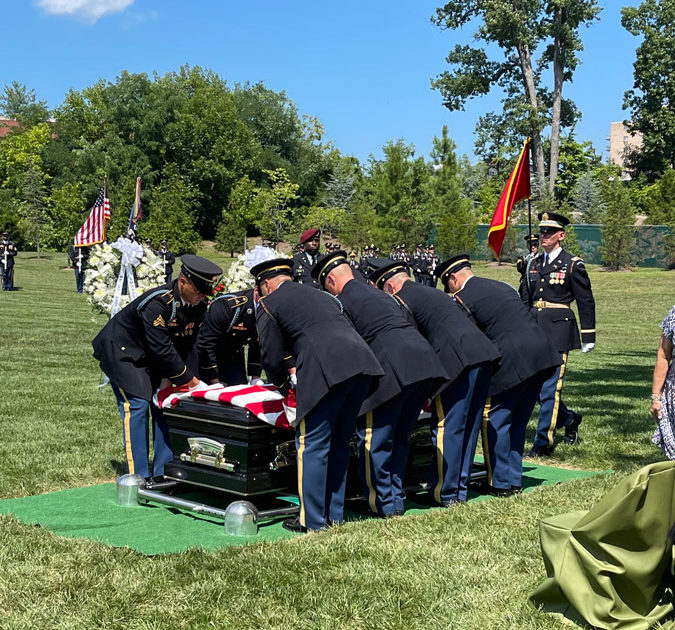 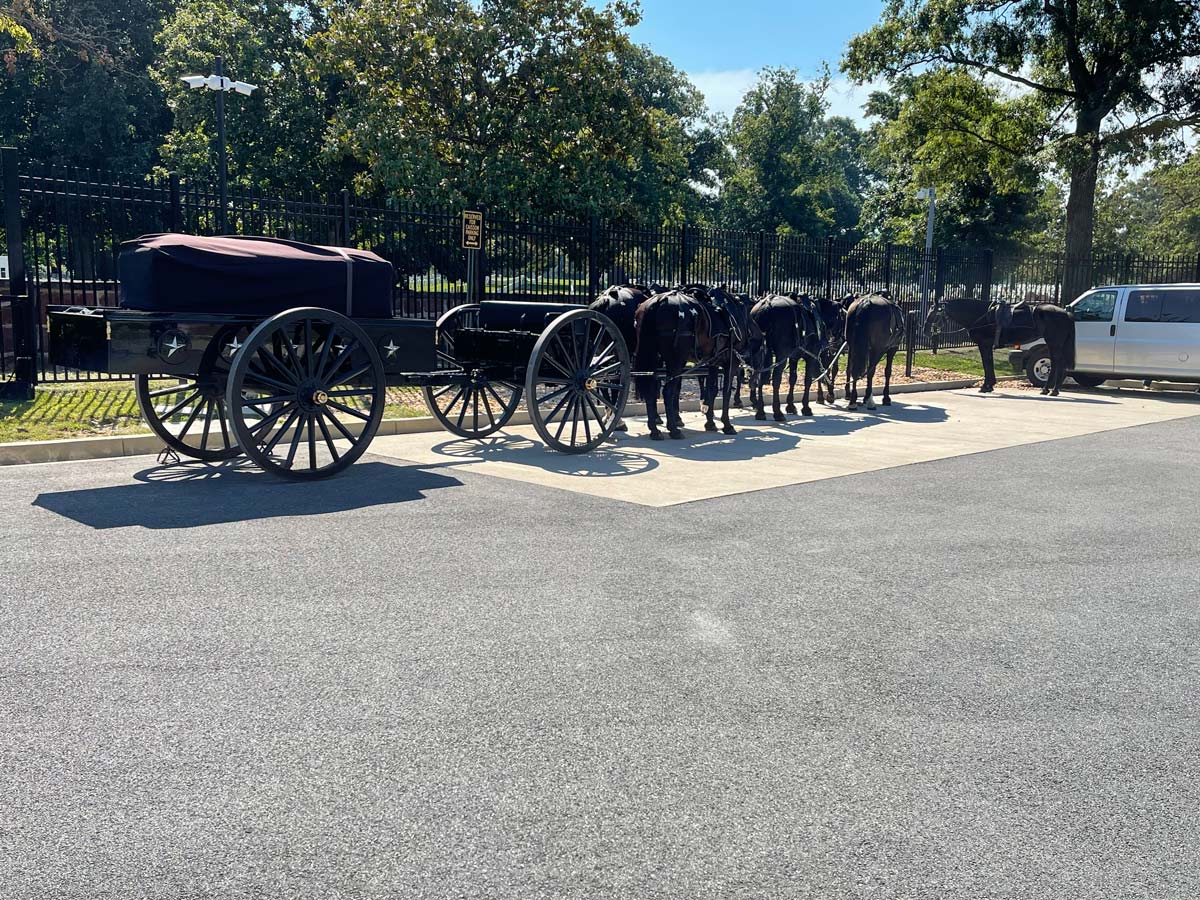 The U.S. Army Caisson Platoon, a specialty unit of the “The Old Guard” (3rd United States Infantry Regiment), provides. the caisson and riderless horse for funerals at Arlington National Cemetery. This is the caisson at MG Singlaub’s ceremony, and the riderless horse before heading to the gravesite. 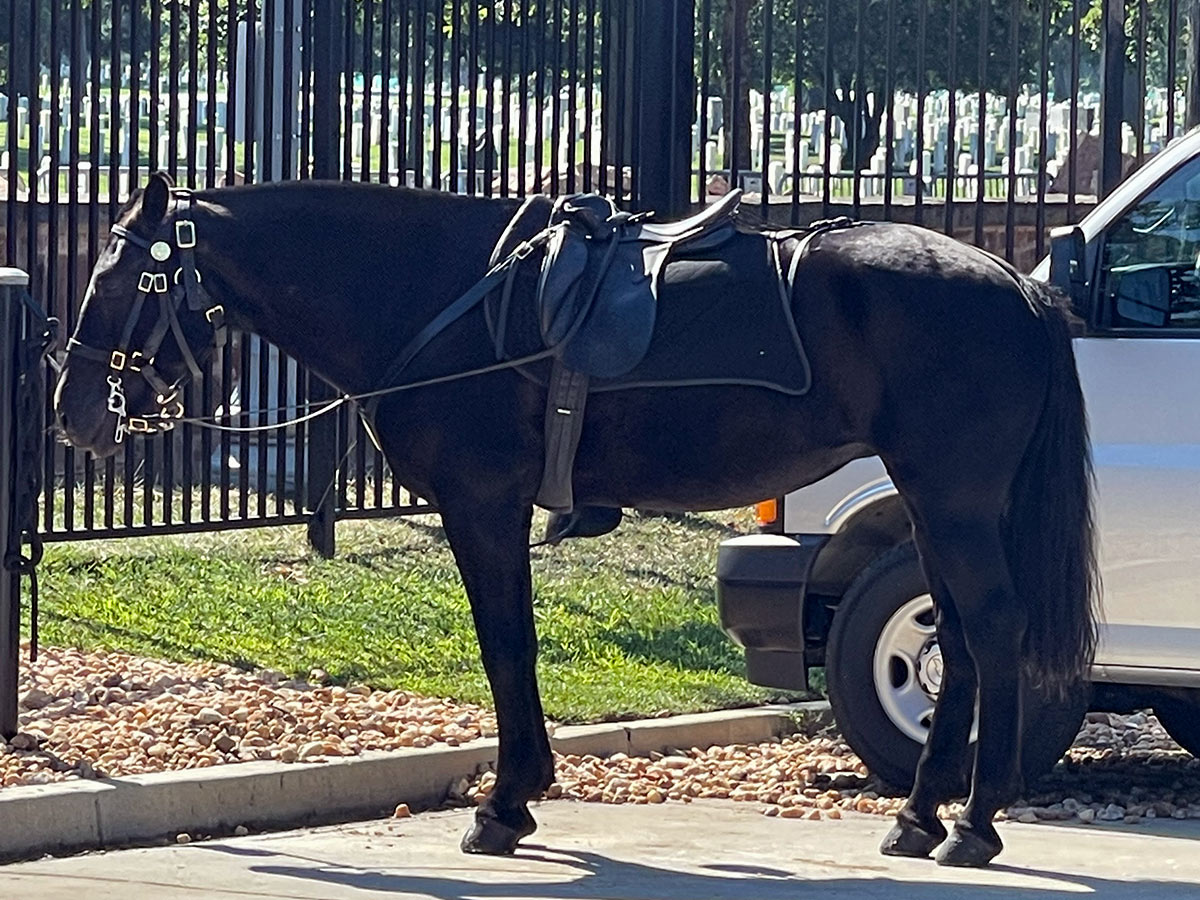 The riderless horse, with reverse boots, follows the caisson when they march from the chapel to the gravesite. This horse’s name is Sergeant York.