The first class of the Special Forces Course graduated in 1952 and the Group grew to an aggregate strength of 1,700 personnel over the next year. In September 1953, following intensive individual and team training, 782 members of the Group, deployed to Germany and established Group headquarters at Lengries in Bavaria. An additional 99 personnel deployed to Korea where they were assigned to the 8240th Army Unit which was training anti-Communist North Korean partisans (called the United Nations Partisan Forces Korea) on the off-shore islands.

The remaining personnel stayed at Fort Bragg where they formed the core of the 77th Special Forces Group. In 1968, the majority of the Group redeployed to Fort Devens, Massachusetts. The 1st Battalion remained in Germany as part of Special Forces Detachment-Europe, and is currently located at Panzer Kaserne in Stuttgart. Between 1994 and 1995, 10th SFG moved to Fort Carson, Colorado, where three line battalions, 2nd, 3rd and 4th, plus a Group Support Battalion, operate today. The group’s mission was to conduct partisan warfare behind enemy lines in the event of a Soviet invasion of Europe. The 10th Special Forces Group originally attracted many former members of the OSS, Rangers and Airborne units from World War II as well as many foreign nationals.

Among the more notable of these men was Major Larry Thorne, a former Finnish Army soldier who was awarded the Mannerheim Cross Fourth Class during the Russo-Finish War in 1938-1939). In 1951 Congress passed the Lodge Act, which provided for the recruiting of foreign nationals, predominantly Eastern Europeans, into the United States military. It was originally envisioned that a significant percentage of the members would be native Europeans. Several of the initial volunteers in the 10th SFG were anti-Communist Lodge Act recruits.

The Green Beret was authorized for wear at Bad Tölz by the Group commander, Col. William Ekman, on 17 November 1955, and its usage became group policy. Every soldier in the unit wore a green beret as part of the uniform. The Department of the Army (DA) did not recognize the beret as official headgear, and only after President John F. Kennedy’s visit to Fort Bragg in October 1961 was the wear of the Green Beret authorized. President Kennedy, a major champion of the Special Forces, issued a Presidential Directive recognizing the Green Beret as the “Symbol of Excellence” and the official headgear of Special Forces.

The 10th SFG was recognized publicly for the first time in 1955 when the New York Times published two articles about the unit, describing them as a “liberation” force designed to fight behind enemy lines. Pictures showed soldiers of the Group wearing their berets, with their faces blacked out to conceal their identities. 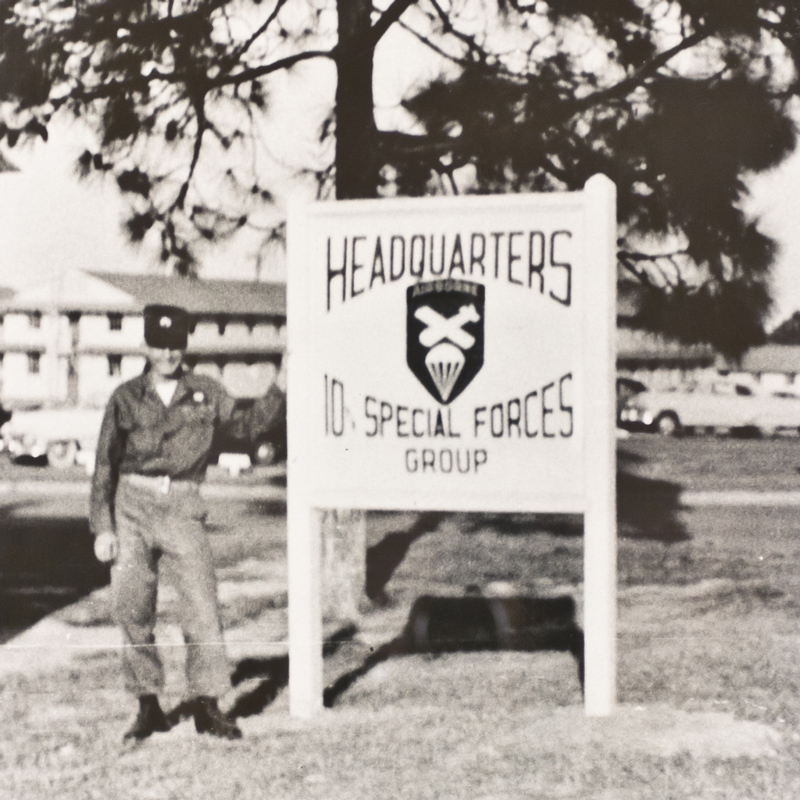 10th Group Operational Detachments (ODAs) began exchange training with unconventional forces in friendly countries. Among these was the United Kingdom, Germany, France, Norway, Spain, Italy, and Greece. This training taught 10th Group soldiers how to subsist on native food and contributed to establishing valuable rapport with the host and partner nation forces.

In the summer of 1960, a few 10th Group members deployed to the newly independent Democratic Republic of the Congo. Amidst revolutionary turmoil, the men rescued endangered Americans and Europeans and moved them to Leopoldville, where a larger evacuation was led by Belgian paratroopers.

The group evacuated 239 civilians in only nine days without suffering a single casualty. Later in 1962, a 10th Group team conducted a mountaintop operation in Iran to recover the bodies of American service personnel killed in an airplane crash. It was also during the 1960’s that Special Operations teams supported the historic Mercury Space Program in Africa.

As the United States became increasingly involved in Vietnam, counter-insurgency warfare became the primary focus of the Special Forces, rather than the traditional unconventional warfare. While the 10th SFG never deployed to Vietnam as a unit, many soldiers and officers did rotate into the country and participated in Special Forces operations. Thus began the use of Specialized Infil ODAs. 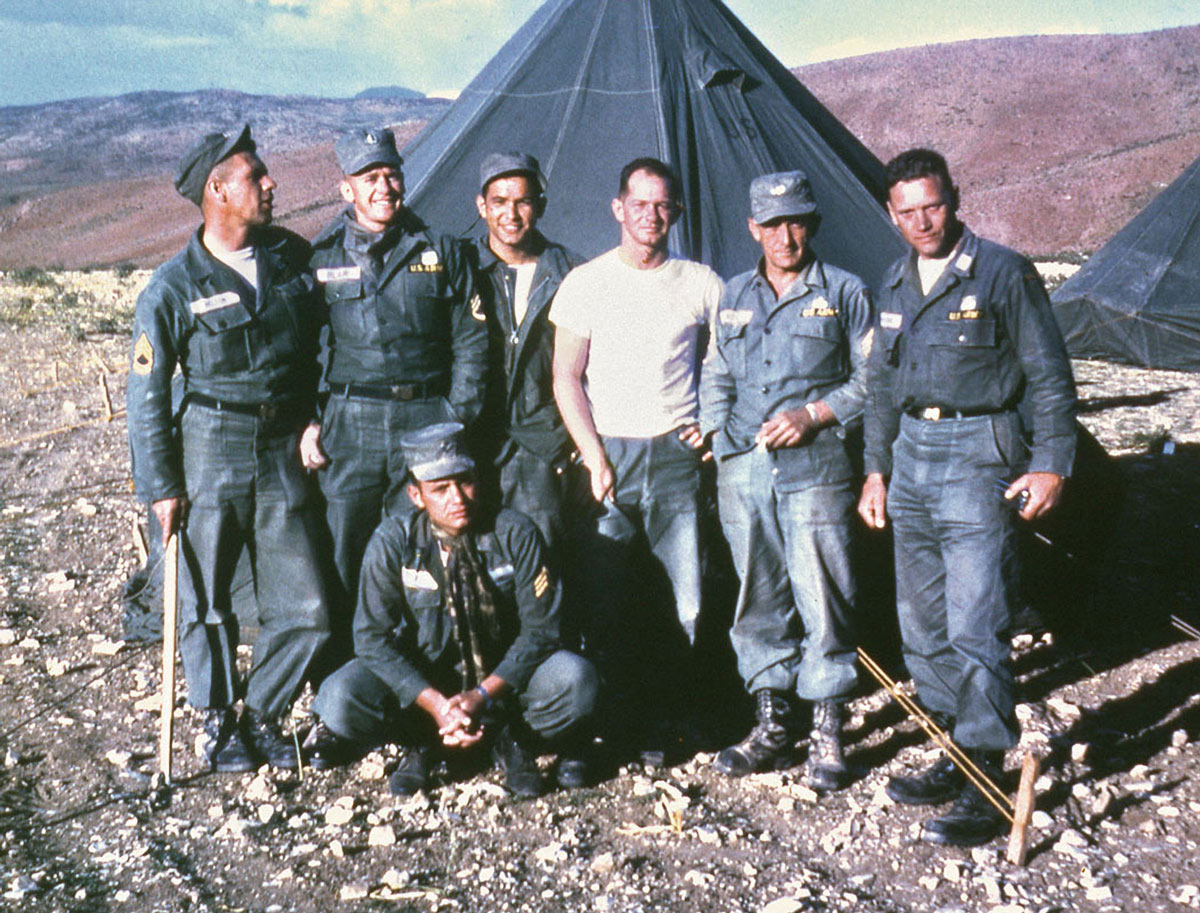 Read the full story of this mission on the ARSOF History website. The success of this mission paved the way for almost fifteen years of training in Iran and built professional relationships in the Middle East.

In 1968, the 10th Special Forces Group, minus the 1st Battalion, was deployed from Europe to Fort Devens, Massachusetts. 1st Battalion remained in Bad Tölz, Germany.

Following the military reductions at the end of the Vietnam War, operational deployments decreased in both number and frequency. However 10th Group deployed frequently to Europe to train with their NATO allies.

From 11 May 1983 to 25 October 1985, 10th Group deployed seventeen Mobile Training Teams (MTT) to Lebanon in support of the Lebanese Army.

A Mobile Training Team (MTT) from the 1st Battalion, Bad Tölz, Germany deployed to Somalia for four months to conduct humanitarian disaster relief operations in June 1985. In 1986, a detachment of 10th Group trained the nucleus of what became the Nigerian Airborne forces.

The 10th SFG was the leading force behind the development of the M25 sniper rifle in the late 1980s, at Fort Devens. The rifle is an improvement on the previous M21 sniper rifle, itself a modification of the M14 semi-automatic rifle.

Following the August 1991 Iraqi invasion of Kuwait, 10th SFG deployed an MTT to train the Saudi Arabian National Guard. In Operation DESERT STORM, during the Battle of Khafji, the MTT accompanied the Saudi forces into battle, coordinated troop movements, called in airstrikes, and assisted with artillery fire support. Other elements of 10th Group deployed to southeast Turkey in support of Operations DESERT SHIELD/DESERT STORM. The Boston Herald reported: “The 10th Special Forces Group’s penchant for secrecy is so exacting the base publicist didn’t know the unit had gone to war until they were on their way home from Operation Desert Storm.”

Following the end of the first Persian Gulf War, Saddam Hussein turned his wrath on Iraq’s Kurdish minority, causing over a half million Kurds to flee into the mountains on the Turkish-Iraqi border. Under the leadership of Colonel William P. Tangney, all three battalions of 10th Group were deployed to the region for Operation PROVIDE COMFORT I and II, a UN humanitarian effort. 10th Group coordinated the ground relief effort, and was credited by General Galvin, the EUCOM commander, as having “saved half a million Kurds from extinction.”

During Operation RESTORE HOPE in Somalia in 1992-93, 10th Group deployed a Coalition Support Team (CST) consisting of 4 ODA’s to support the 1st Belgian Para-Commando Battalion. In addition to supporting the Para-Commandos, the CST assisted the U.S.’s 10th Mountain Division and provided security for meetings with Somali leaders. Following the ethnic conflict in Rwanda, 10th Group deployed to Entebbe airfield, Uganda. The group assisted the displaced persons return to their homes.

10th Group led the 1st Armored Division into Bosnia in December 1995, where several soldiers eventually distinguished themselves by conducting some of the first combat operations of the Global War On Terror in 2001. The Group also led the US Military into Kosovo in 1999, with Trojan Warriors being decorated for conducting some of the first Joint Russian/American Combat Operations in Kosovo against KLA insurgents in 2001. 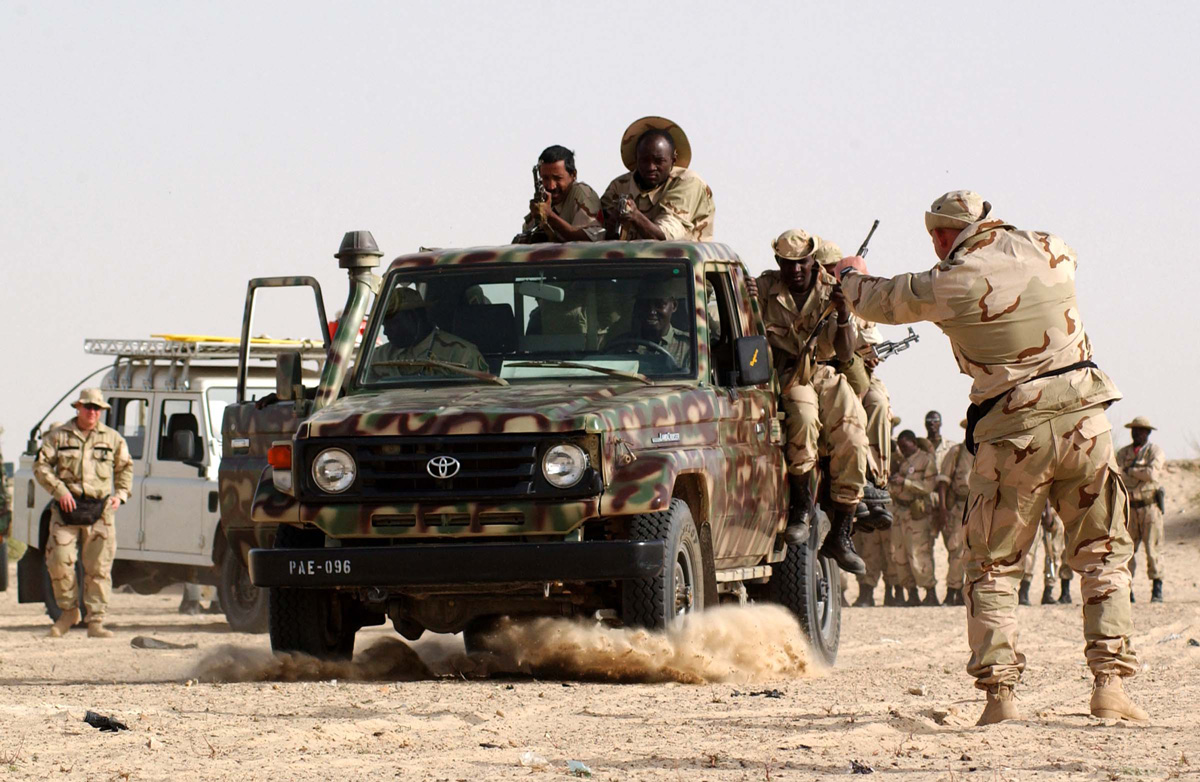 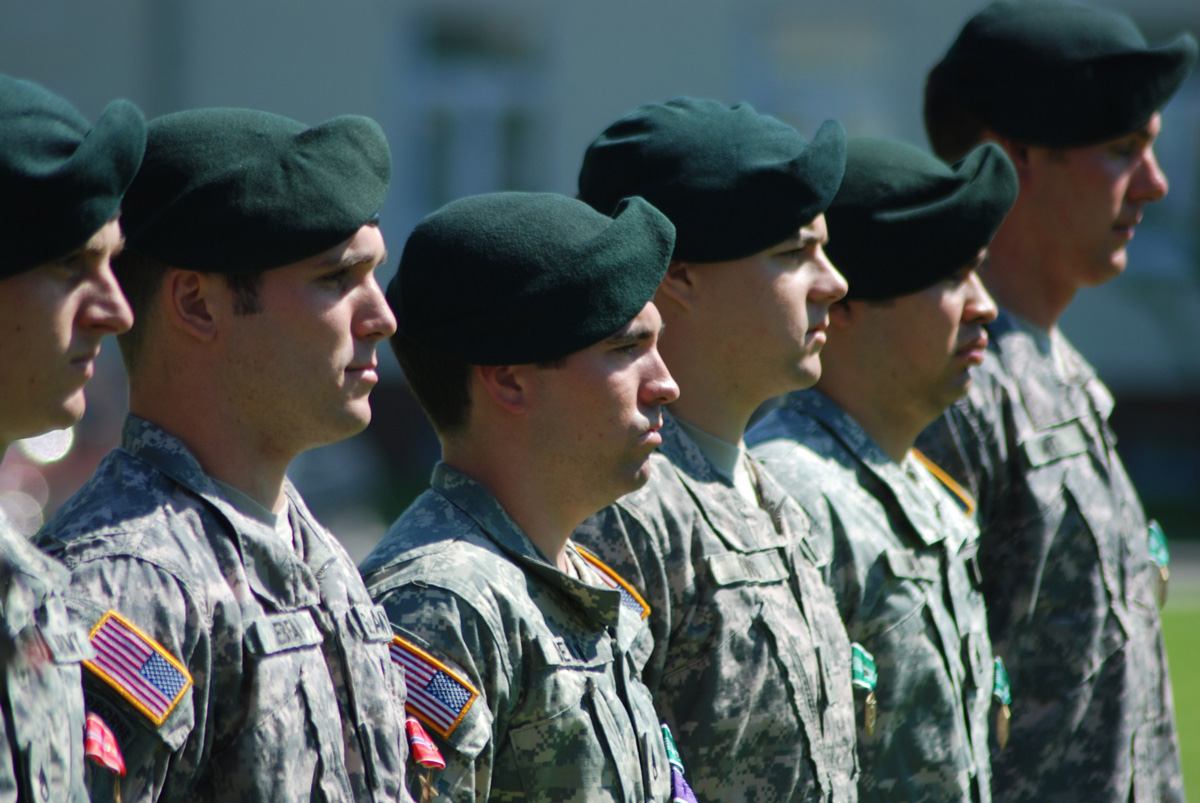 Read their story of valor “Two Days of Hell, Nine Men of Valor”

10th SFG along with officers of the CIA’s Special Activities Division linked up and were the first to enter Iraq prior to the invasion. They organized the Kurdish Peshmerga to attack and defeat the Ansar al-Islam, a terrorist organization allied with al-Qaida. This battle was fought in critical terrain controlled by Ansar al-Islam in northeastern Iraq. Kurdish forces and their 10th SFG advisors soundly defeated the terrorists and uncovered a chemical weapons production plant at Sargat, the only facility of its type discovered in the Iraq war.

Three Silver Stars and six Bronze Stars for Valor were awarded in this engagement. 10th Group then organized and led the Peshmerga against Saddam’s Army in the north. In a series of battles along the Green Line, the US-led Kurdish forces prevented Saddam’s divisions, to include thirteen armored divisions, from redeploying to Baghdad to contest the Allied invasion force coming from the south. The 10th Group teams assisted their Kurdish allies in recapturing and controlling the key cities of Mosul, Kirkut and Tikrit.

10th Special Forces soldiers are currently conducting operations and training missions in Europe, Africa, Iraq and Afghanistan. These soldiers continue the legacy of professionalism, honor, and elite capabilities that is the hallmark of the 10th Special Forces Group.