By Kenn Miller and Greg Walker

Among the many published books written by American Vietnam veteran Jim Morris is War Story, now a classic milestone in modern military literature. Vietnam became central in Morris’ life at the time. He would serve three tours, be wounded four times, and would devote himself as a civil rights advocate for Vietnam’s Mountain people, the Montagnard, with whom he lived and fought with during the war.

“I loved Vietnam more than any other place, for the beauty and strangeness of it. I always had a weird feeling in Vietnam, as though I was in the presence of exotic, occult happenings, as though I had arrived in a place where spirits prowled and sorcerers plucked at strings that controlled natural laws. I felt valid there, as though this were my place and my time and was where I counted. I was happy.” – War Story

But even without his hard-won accolades in the world of writing Jim would be famous, or should we say legendary, in the Special Forces community. His combat actions, his wounds, his visible and invisible scars… Not many men would return to Vietnam after having his left nut shot off, for which he received one of four Purple Hearts, and keep going back until after absorbing a crippling wound while attempting to rescue a comrade in the A Shau Valley while with Project DELTA. 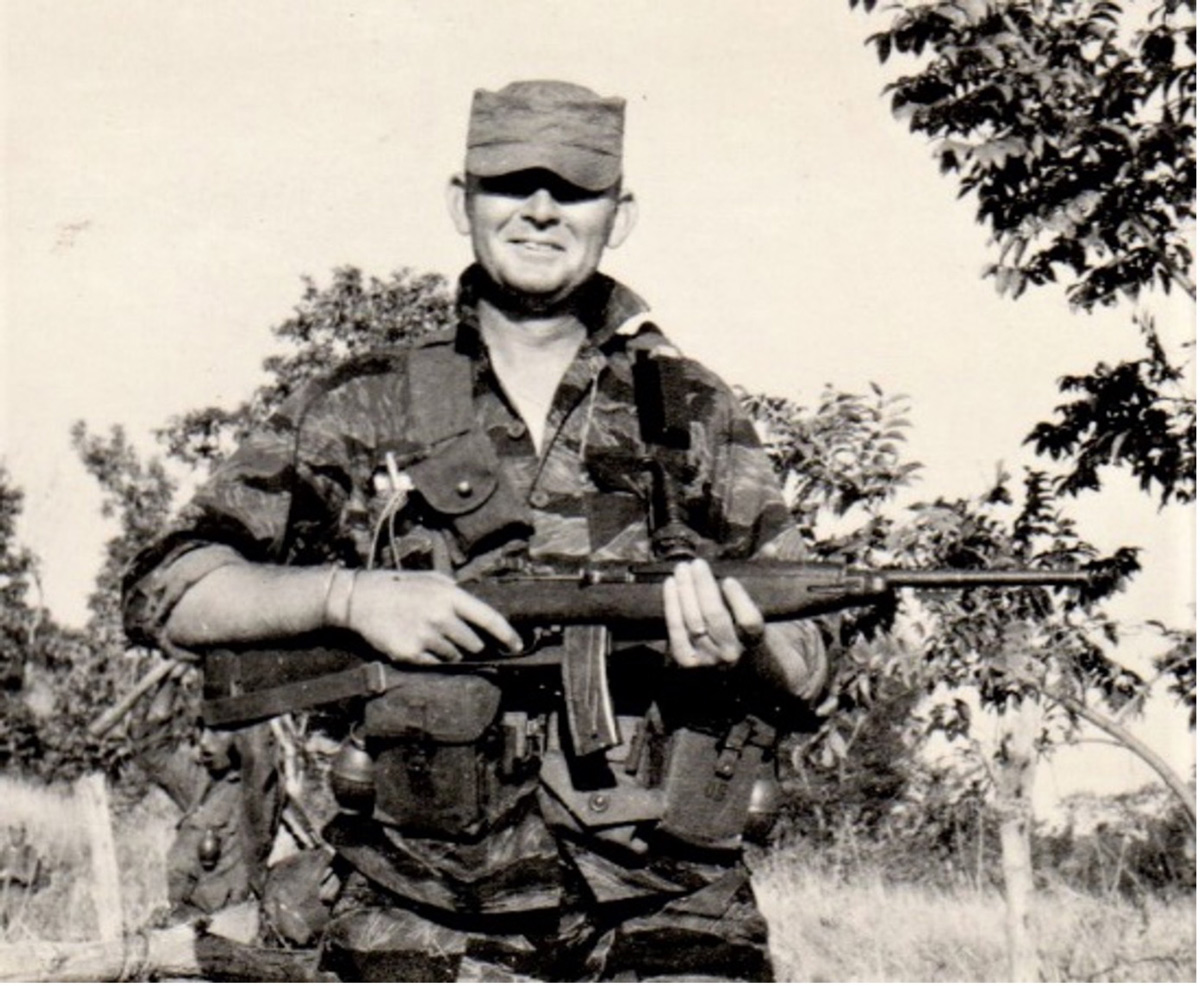 “My second week in Vietnam before I’d been shot at and lost 30 pounds.” — Jim Morris (photo courtesy Jim Morris) 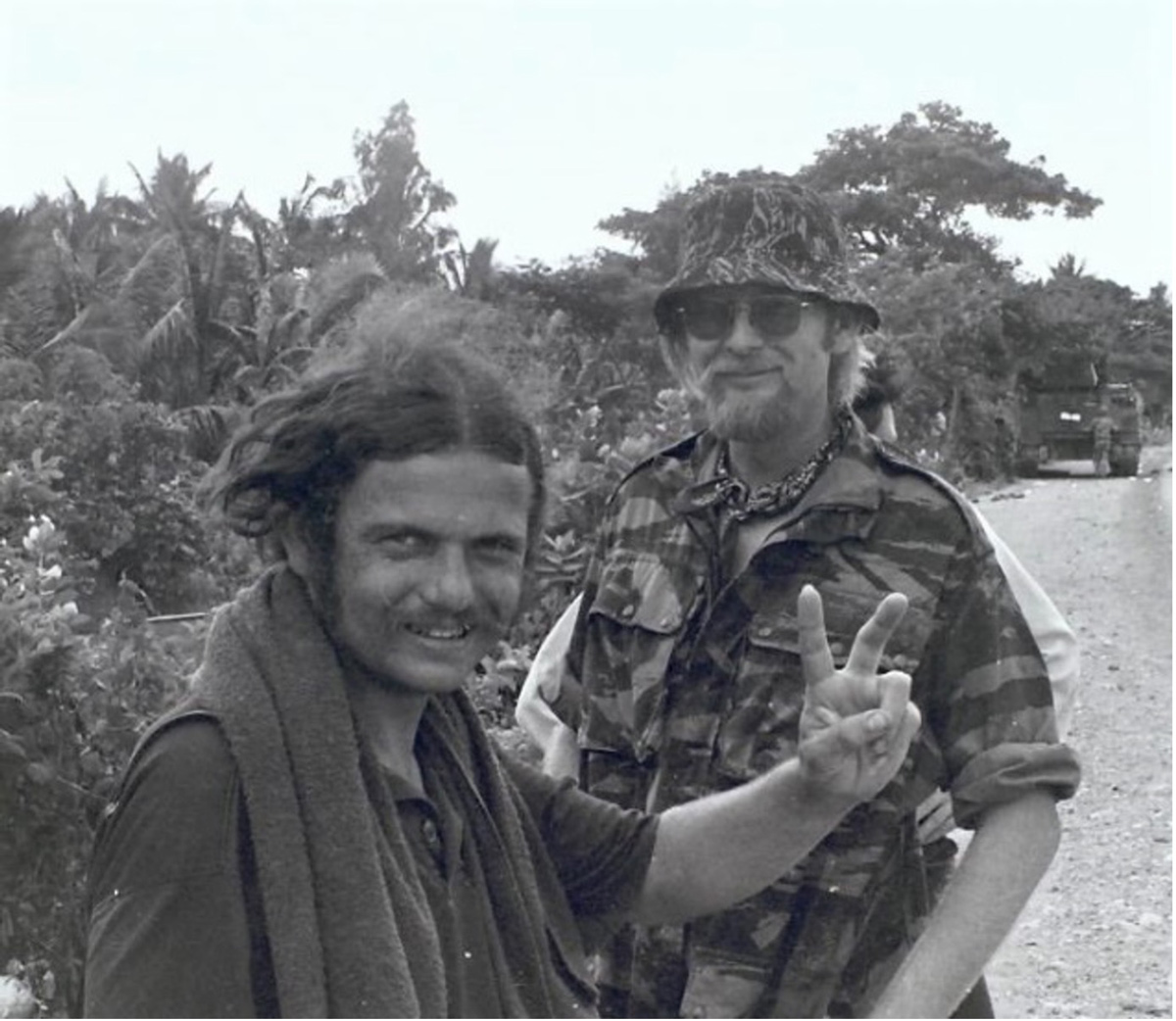 Becoming Healthy Can Be The Ultimate Crazy Adventure

“Throughout my career my best books have been when I had some crazy adventure and described it. My spiritual quest was a certified crazy adventure. Also, I wanted to give people a heads up that there is more to the universe than our usual paradigm allows for, and, for those in distress that help is there if you look for it.”

“I had two audiences in mind. The first if vets with PTSD or other problems. I wanted them to know that there was more help than that from conventional sources. I’ve tried a bunch of these and for me the winner was the Toltecs in the person of don Miguel and his apprentices. For somebody else it might be something else. People from many professions have studied Toltec wisdom, but the largest single category by far is clinical psychologists, who use it in their practice every day. But I don’t think they tell that to other psychologists.” – Jim Morris

The VA Catches Up With Jim Morris

“The U.S. Department of Veterans Affairs has launched clinical trials to study the effectiveness of psychedelic drugs including MDMA and psilocybin as a treatment for military veterans with post-traumatic stress disorder, addiction and other serious mental health issues. Building on previous research that has shown the potential for psychedelics to treat serious mental health conditions, the VA is now conducting at least five studies to gain more insight into the promising drugs, according to a report in The New York Times.

“This is a watershed moment,” said Dr. Rachel Yehuda, the director of mental health at the James J. Peters Veterans Affairs Medical Center in the Bronx, who is leading one of the studies. “This is a time for a lot of hope.”

Morris has championed veteran healthcare, particularly emotional, mental, and spiritual healthcare, for decades. Dreaming Circus is an intensely personal story, a story many who read it will recognize as having components of their own. “Emotionally, I was blank,” he writes. “No acknowledged feelings. I had failed at everything, lost my war, couldn’t get published, blown two marriages and was blowing another. My friends had graduated and moved on. I didn’t much like anything, and I didn’t much like anybody. Emotional blankness was a cover for despair.”

Jim’s introduction to LSD introduced him to the world of options and alternatives in the healing process. “LSD freed up a lot of feelings, including the realization that there were three scenarios possible in my [first] marriage: (a) I was going to go nuts and be locked up in some snake pit mental hospital or (b) I was going to kill myself or (c) I was going to get the fuck out of there, but not without a lot of guilt.”

His journey begun, Morris takes us into the world of Toltec wisdom, a journey that sees him become a Toltec shaman under the guidance of Carlos Castaneda and Don Miguel Ruiz, the latter the author of The Four Agreements, “a powerful code of conduct that can transform our lives to a new experience of freedom, true happiness, and love.”

Jim Morris takes the reader into the darkness of military connected moral injury and then, slowly, and carefully, walks beside the reader as he reveals what has worked in his life, for him, and he believes can and will work for others.

The most touching chapter of Dreaming Circus is Chapter 37 titled “Caregiving.” “I’d already been married four times. That was the most shameful fact about me.” Morris then describes his loving marriage with Myrna, who became terminally ill after their many years together. Anyone who has worked closely with the terminally ill, of which the Special Operations community-at-large has suffered above average numbers, especially over the course of the Global War on Terrorism, knows the deep-seated commitment and courage that is demanded in the role of caregiver. 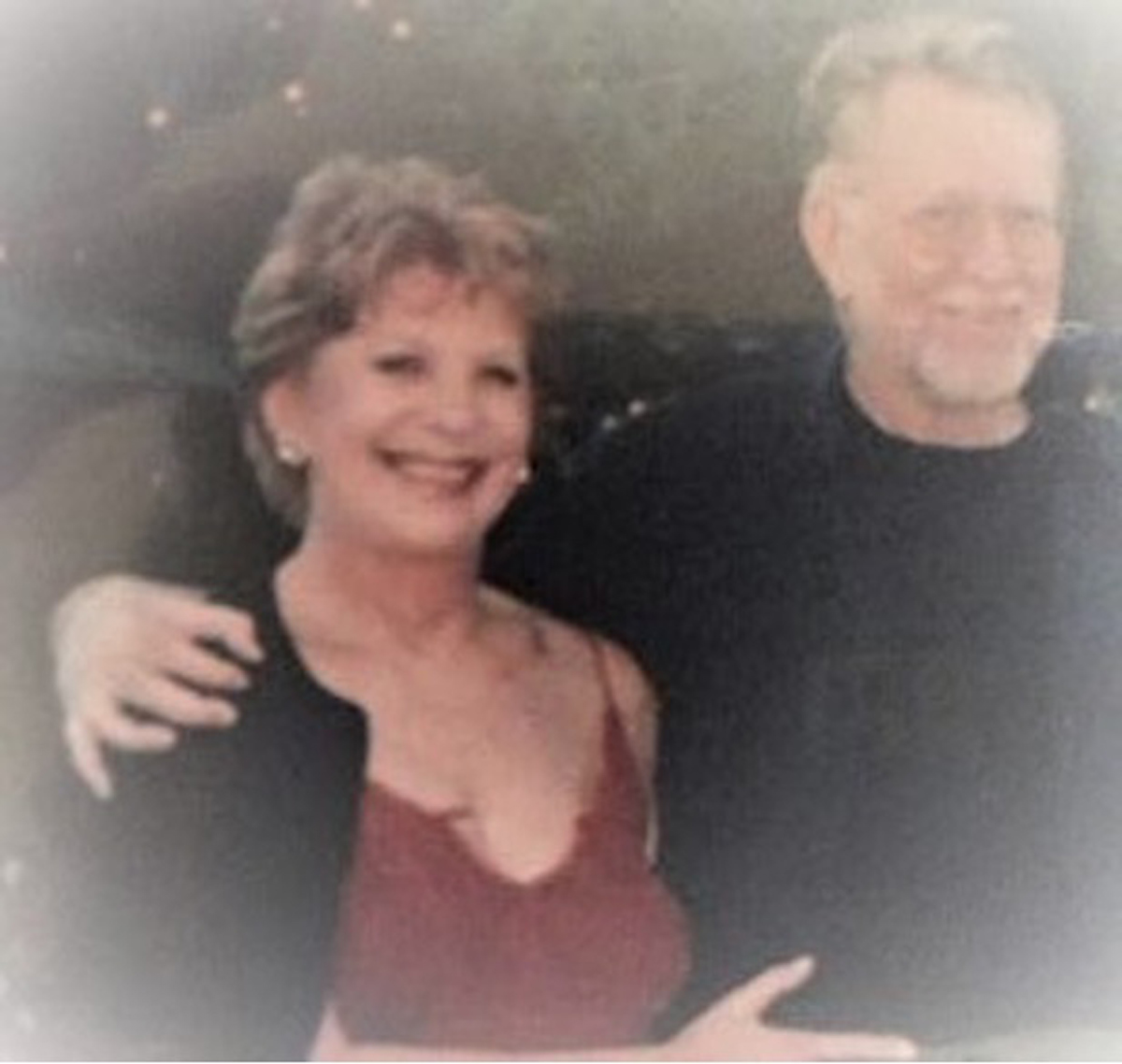 Myrna and Jim Morris – “Myna was the most magnificent person I had ever known, and nothing I or anyone else could do for her was half enough.” – Jim Morris (Photo courtesy Jim Morris)

“What Myrna had always wanted was someone who had her back, someone who loved her for herself alone, without the beauty, without the accomplishments, someone who just loved wild, pirate, complicated Myrna…After a lifetime in a revolving door, I needed to love someone right, at least once. There were moments that passed between us that were sublime beyond the telling, moments we would look at each other and know who and what we were.”

Jim Morris, in his early eighties now, has become the multi-generational poet laureate of not only the Special Forces community, but of those multi-generational wounded, injured, or ill warriors of the U.S. Special Operations community. His story is the story of so many of us who, as Medal of Honor recipient Franklin D. Miller wrote in his book Reflections of a Warrior…

“We didn’t fit the mold. We just didn’t fit in. We were renegades used to operating independently, with few people pulling our strings. We disregarded the established rules and created our own courses of action, never questioning the morality of what we did to survive and complete the mission.”

And as Morris shares with us as he brings this beautifully written and deeply loving story to a close – “I’m in the right place, doing the right thing.”

“None of us can see the future. We have our intuition, we have our Self-trust, and we have our emotions — information — that can help us make the best choices possible. This is what healing is all about; developing choice and trust in the tools we use to truly live our impermanent life, no matter what may come.” ~ How to Do the Work, Dr. Nicole LePera