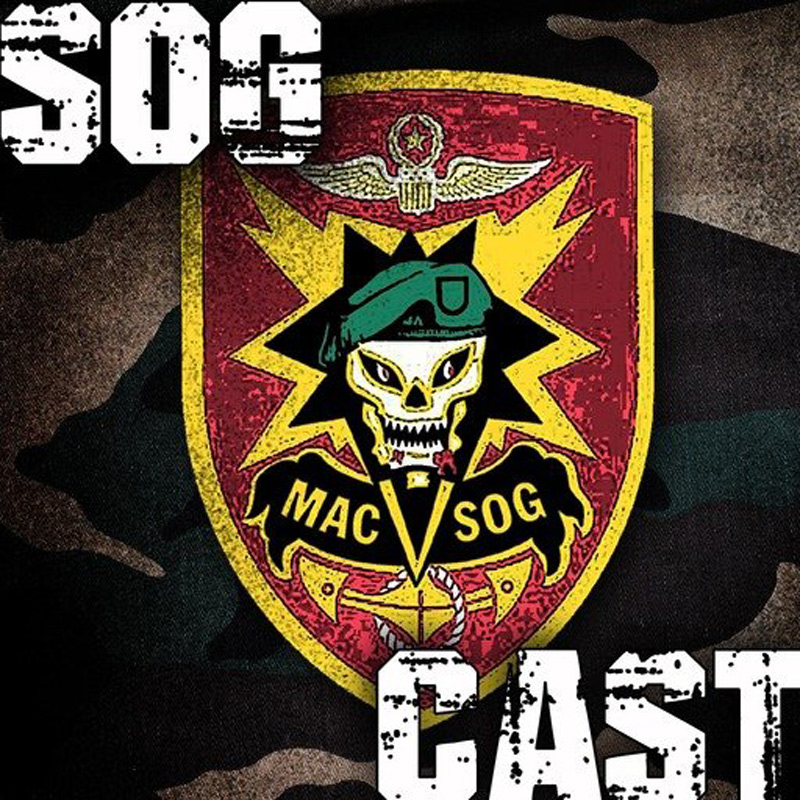 How do we remember and honor those who fought for us if we don’t know their names and deeds? How do we preserve the history and continuity of a nation if we don’t know about the deeds of its sons and daughters?

These are some of the questions John Stryker Meyer, a legendary Army Special Forces operator, is looking to answer through SOGCast, a podcast dedicated to the warriors of a covert special operations organization that until fairly recently was unknown to the world.

For eight years, between 1964 and 1972, the Military Assistance Command Vietnam-Studies and Observations Group (MACV-SOG) fought a covert war in the jungles and mountains of Southeast Asia.

It was normal for the small SOG recon teams to be facing hundreds and thousands of North Vietnamese and Viet Cong troops in their missions. And for their daring, they paid a high price, suffering an astounding 100 percent casualty rate, meaning that everyone on SOG was either killed or wounded, some multiple times SOGCast: Keeping History Alive One Interview At a Time

SOGCast has two goals. First to interview as many SOG special operators, aviators, and support troops as possible. And second to help mentor a new generation of young Americans who are looking to don the uniform, particularly within the special operations community.

“To mentor is a secondary mission to simply getting our SOG stories before the public. Finally we have excellent books on SOG, including a newly released book We Saved SOG Souls by 101st Airborne crew chief Roger Lockshier, whose tour of duty was late 1967 and through most of 1968—the worst year of the secret war, with the highest casualties sustained by SOG,” John Stryker Meyer, a legendary Green Beret and host of the SOGCast, told Sandboxx News.

Although a fairly new podcast, word is spreading about SOGCast and the amazing guests it brings to the studio. As of January, there are 16 audio episodes of the SOGCasts, which are available on Spotify and Apple Podcasts, and the first three episodes on YouTube. Episode 001 has more than 135,000 views on this date, while episode 002 recently broke 100,000 views.

“Word is getting out, for sure. In January 2021 I was honored to attend a graduation of newly-minted, young Green Berets at Ft. Bragg. Two days before the graduation, our SFA [Special Forces Association] Chapter 78 sponsors the luncheon/BBQ for them. At that event, I had more than 30 young Green Berets come up to say hello and to introduce themselves to me after seeing or hearing my interviews with Jocko Willink’s podcast,” Meyer said.

In the last few years, podcasts have exploded, grabbing the attention of record numbers of Americans. For some they offer a political platform; for others, a way to expand their interests or hobbies; and yet for others a way to get educated in history, law, quantum physics, artificial intelligence, you name it.

SOGCast essentially serves as an oral history platform, capturing the stories of ordinary people who faced extraordinary circumstances and prevailed. For that, Meyer and the SOGCast are contributing to U.S. military and special operations history as that material will help future historians and researchers better understand what the Vietnam War was like for a band of covert brothers. 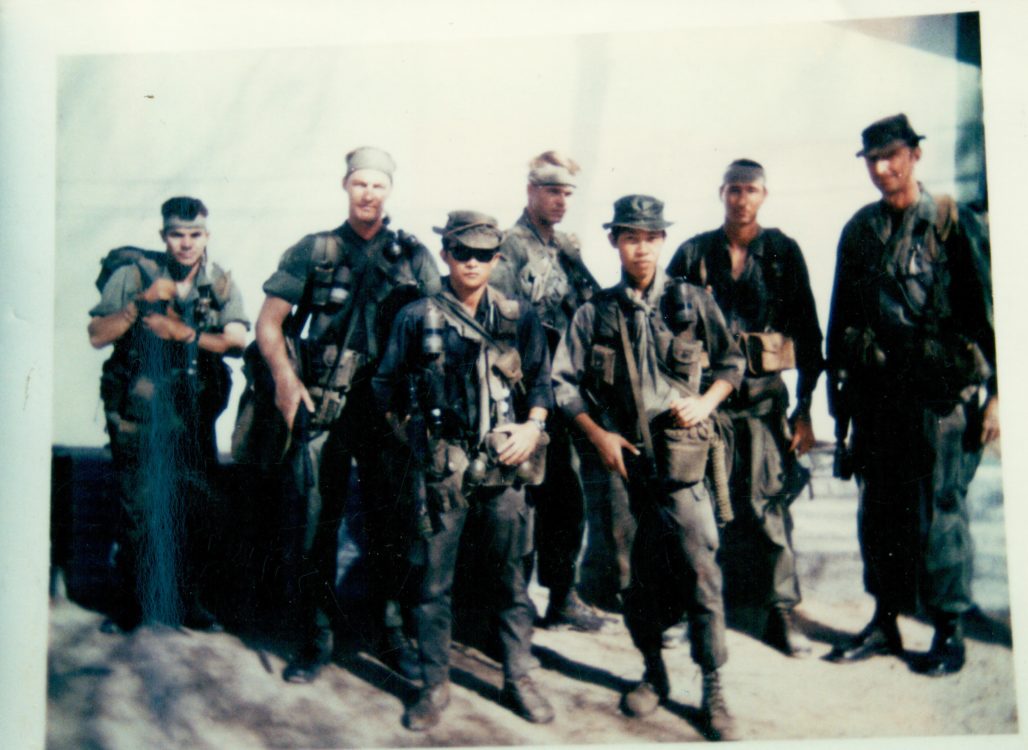 “The next graduation will be in February at Ft. Bragg, and one of the men slated to graduate read my book Across The Fence and viewed Jocko Podcast #180 — my first interview with Jocko and Echo, and enlisted in the Army to be a Green Beret. I had breakfast with him one year ago. Needless to say, I’m always honored to meet today’s Green Berets and subsequent generations that followed our time in SOG,” Meyer said.

“Many SOG men went on to serve in Delta Force, including Eldon Bargewell. We served together as E-4s at FOB 1 at Phu Bai in 1968. Eldon earned a DSC [Distinguished Service Cross] during his second tour of duty and went on to serve nearly 40 years before retiring as a highly-respected major general.”

“I hate to sound like a broken record here, but thanks to Jocko and his interviews of a few SF Vietnam veterans our SOG stories are reaching out to people around the world through social media and because the SOG stories are incredible tales of Green Berets fighting horrendous odds while attempting to conduct top secret missions as the nation’s premier special operations force during the secret war that ran from Jan. 24, 1964, until June 1972,” the host of SOGCast told Sandboxx News.

Recording a podcast isn’t as easy as people might think. Meyer has to make contact with potential guests and convince them to appear on the show. Then, once a guest has agreed, Jocko Productions flies him over or flies Meyer to a location where he can interview several men and shoot several episodes at one go. Getting old commandos to open up about their experiences is no easy task, and if it weren’t for Meyer, they probably wouldn’t do it.

“The men have been quiet professionals for so long, that many are reluctant at first to talk about it. Funny sidebar, my team leader for ST Idaho was one of the SOG recon men I worked on for over a year to sit down for an interview,” Meyer said.

Meyer likes to follow the format that made Jocko so famous. He only shoots in black and white format with a dark background, beginning the episodes with passages from books about SOG and then smoothly transitioning to the guests and their stories.

“Thanks to Jocko [Willink], SOGCast provides a social media format and platform where SOG veterans and aviators who supported SOG missions across the fence in N[orth] Vietnam, Laos and Cambodia can tell their stories about their roles in the eight-year secret war after signing NDAs to not speak about it for 20 years. Every SOG veteran’s story is unique, awe-inspiring,” the host of SOGCast added.

As far as the future goes, Meyer wants to interview as many SOG commandos and aviators as possible. People are getting old, and when they die, they take their stories and experiences with them.

The famous 19th century British Prime Minister William Gladstone once said that if someone showed him the manner in which a nation or a community cared for its dead, he would “measure with mathematical exactness the tender mercies of its people, their respect for the laws of the land, and their loyalty to high ideals.”

Meyer and the SOGCast keep memories burning, and through that, they keep a nation and its history alive.

ABOUT THE AUTHOR — Stavros Atlamazoglou, an associate editor for Sandboxx News, is a journalist and Greek Army veteran (national service with 575th Marines Battalion and Army HQ) who specializes in special operations and national security. He is a graduate of Johns Hopkins University.

ABOUT SANDBOXX NEWS: Established in 2020, Sandboxx News delivers stories from around the world and insights into the U.S. Military’s past, present, and future — delivered through the lens of real veterans, service members, military spouses, and professional journalists.