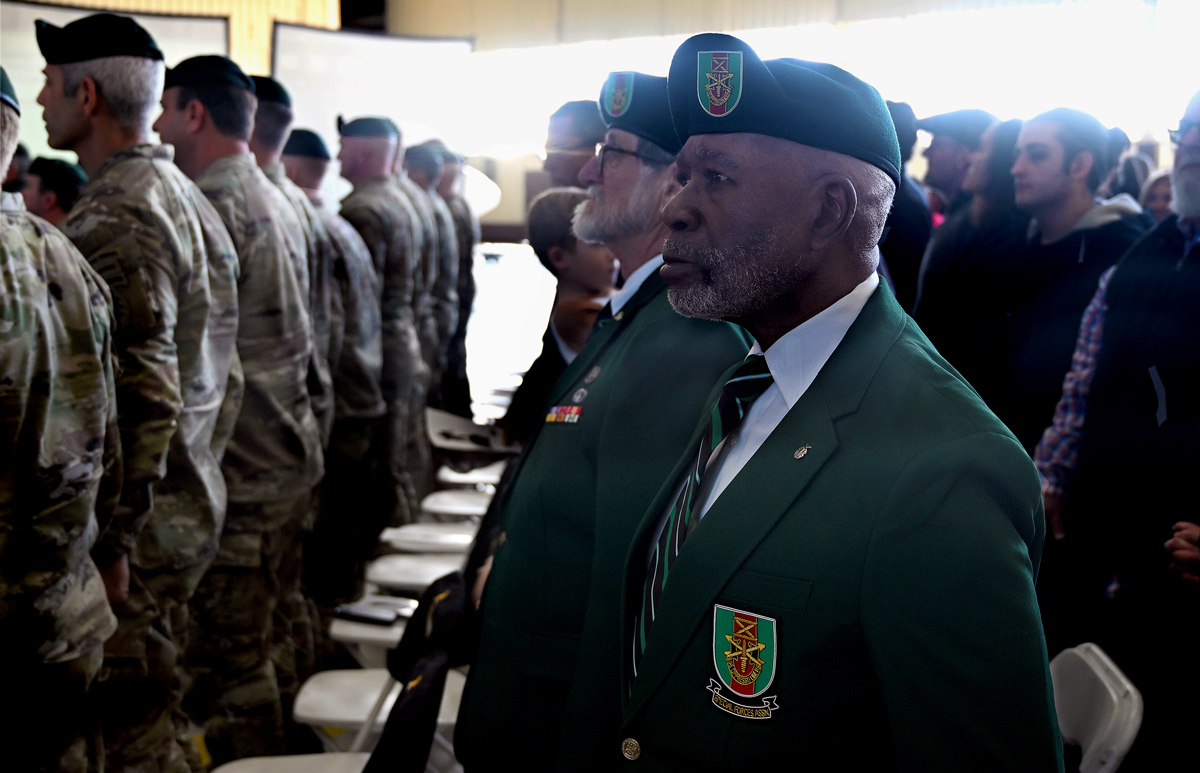 Lew Chapman, center, and How Miller, left, await joining the Distinguished Members of the Regiment for the Toast to the Regiment. (Photo by official photographer Kenneth Kassens.)

Former teammates of A325 Duc Hue, Lew Chapman 05b/18E and I, a 91B/18D, attended events for the graduating Q-Course Class 331. After an appearance at a meeting to showcase what would become available to them, from the Green Beret Foundation and the Special Forces Charitable Trust, to the SF4Life concept provided by the Special Forces Association, we met them again later the same day.

SFA Chapters 78 (SoCal) and 1-18 (Fayetteville) cosponsored a barbecue at 1-18’s spacious chapter compound for the graduating class. The fact that it was raining did not dampen enthusiasm at all.

Chapter 78 contributed to growing the SFA membership rolls by granting Lifetime SFA memberships to the thirteen California graduates. So during the activity I handed out Gold membership cards along with copies of the Sentinel, Chapter 78 Challenge Coins, and welcomes and congratulations. It was well appreciated by them, and for the second straight class, included one who was an honor graduate. It was a great opportunity to hopefully build relationships and even impart some old-timer wisdom. They used the time to be with their classmates once more, before they were to be dispersed to their various, far-flung groups and duty stations.

Chapter 1-18 President, Chris Wilkerson was called away to attend some other business, so Vice President TC Rupert took the reins. He and SFA President Kevin Harry and others talked about things that awaited them from the SFA, now that they were joining the ranks of the SF Regiment — such as mentoring, connectivity, and opportunities to expose their potential businesses, etc. The delicious food served by Mission BBQ Catering, the beers served by 1-18 members, and the camaraderie worked to make it a fun event. Those feelings made themselves known after the graduation when they seemed quite appreciative of the enthusiastic congratulations Lew and I gave them.

Pictures of the new class were not taken, due to op-sec. However, Lew took pictures of items on the wall of the teamhouse. Likewise, pictures were not allowed during the graduation ceremony two days later at Pope Field. However, the official photographer, Kenneth Kassens, caught Lew and myself standing, just prior to the “Toast to the Regiment,” which we enthusiastically joined.

That was an impressive event. There were the requisite speeches, disbursing of awards earned, and most importantly the handing out of the virgin-wool, rifle-green berets, replete with the flashes of the groups they are being assigned to, and the crests proclaiming “De Opresso Liber.” The highlights for me were the simultaneous Donning of the Berets, and the intensity of the graduates reciting the Special Forces Pledge. It left me with a feeling that the Regiment will be in good hands. 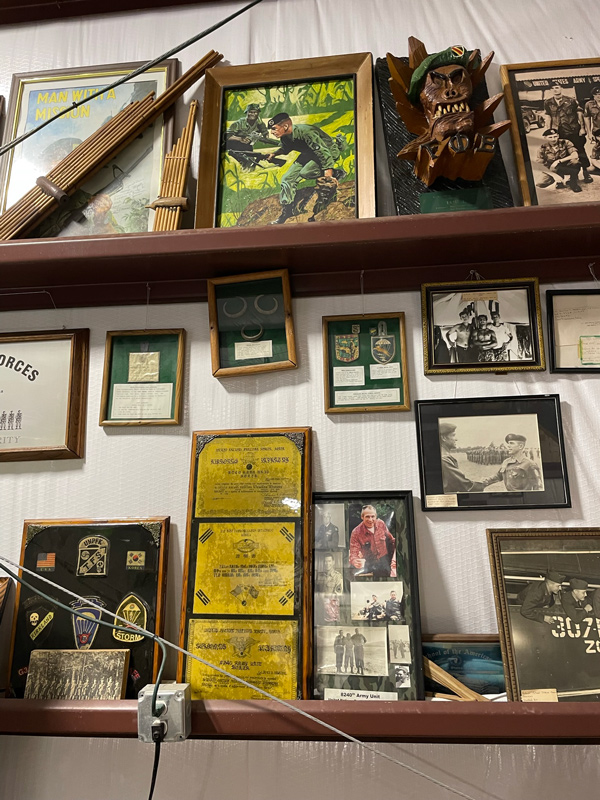 Chapter 1-18 teamhouse walls are covered with SF memorabilia. (Photo by How Miller) 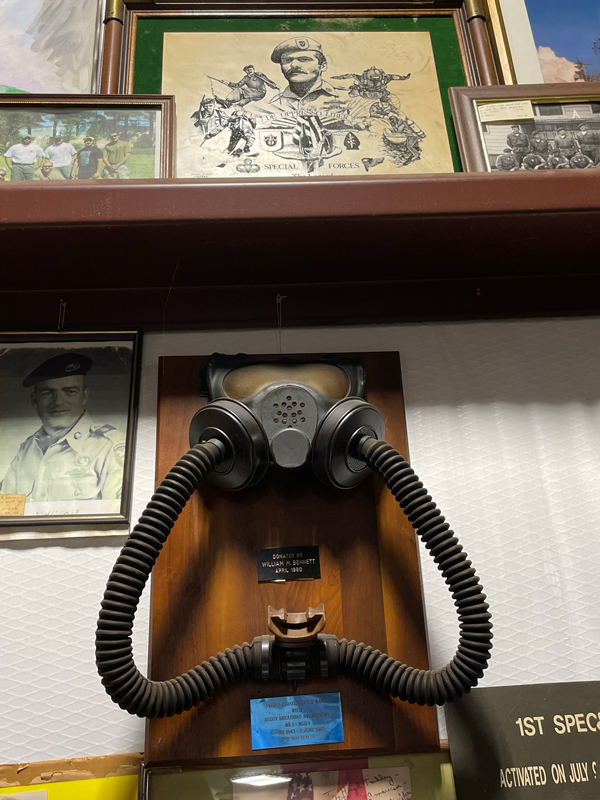 An early rebreather rig circa 1943. (Photo by How Miller) 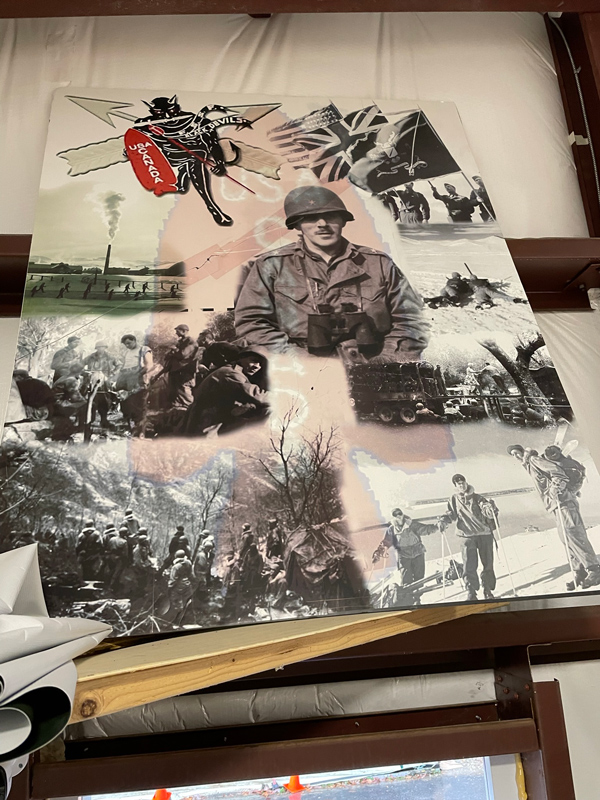 A poster commemorating the 1st Special Service Force aka “The Black Devils” or “The Devil’s Brigade." (Photo by How Miller) 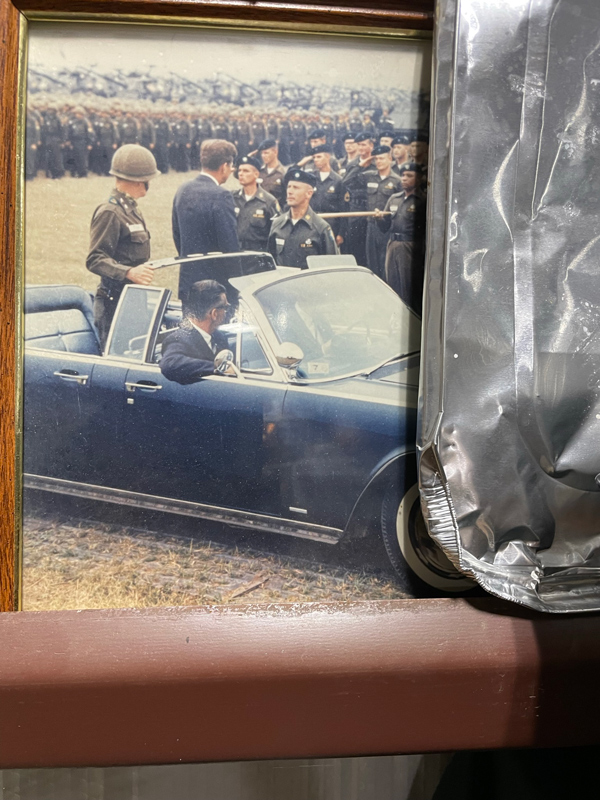 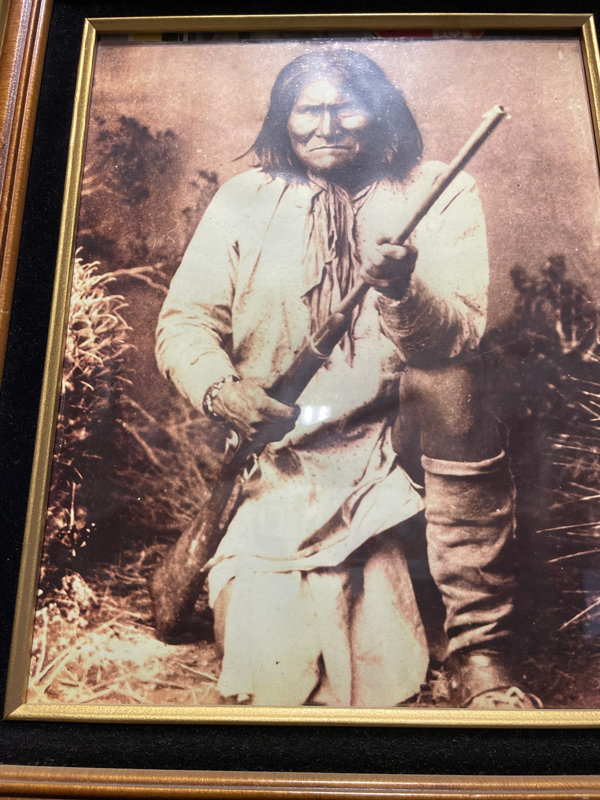 Geronimo, the man. (Photo by How Miller) 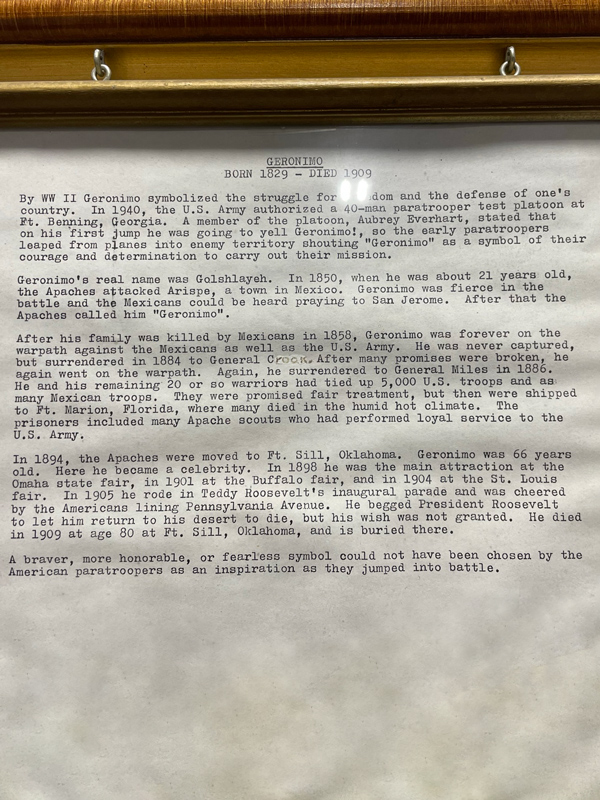 Geronimo the inspiration. (Photo by How Miller)

How Miller has served as the editor of Chapter 78’s Sentinel since January 2021. Read How’s Member Profile to learn more about him. 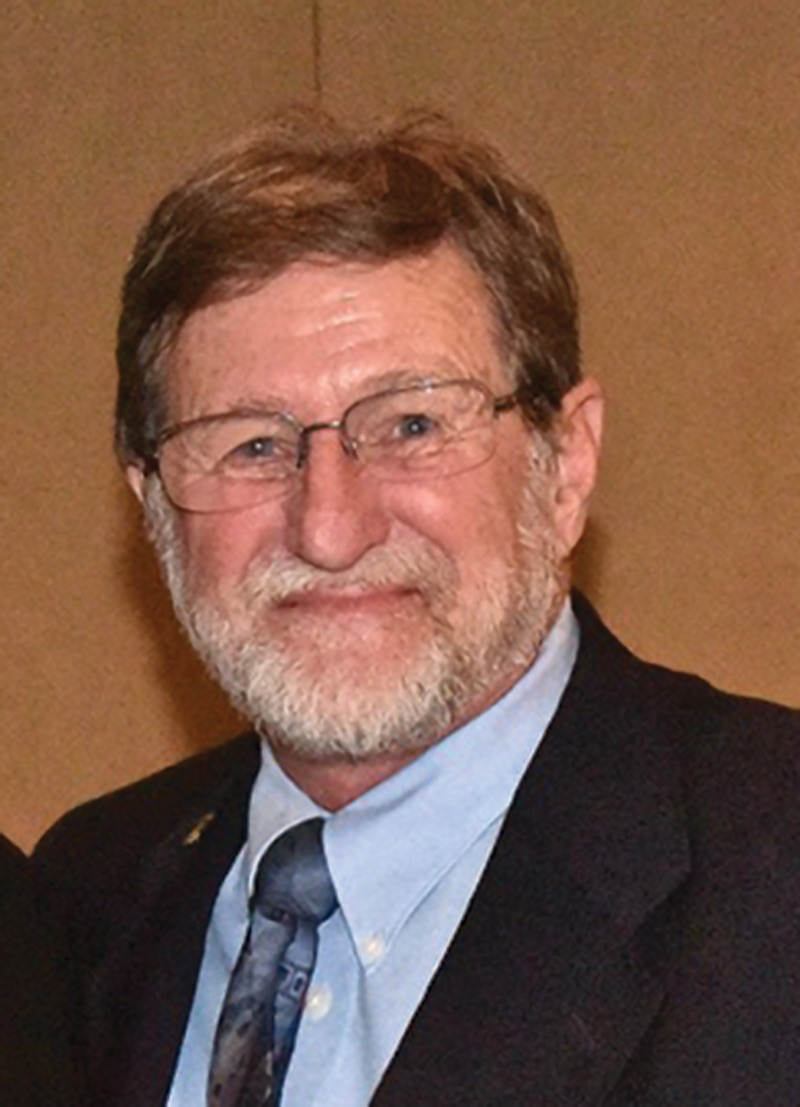