Team 11, a unit of Afghan counter-IED specialists known as the National Mine Reduction Group (NMRG), worked with the U.S. Army Special Forces to clear IEDs in Afghanistan operations.

By Thomas Kasza
All photos courtesy of Tom Kasza

Well before the disastrous withdrawal from Hamid Karzai International Airport last year, Afghan interpreters, and the risks they took by aiding US Forces were well known. Their tenacity in rising above the crushing poverty of their home villages via their own innovation and persistence is admirable in the extreme. Now, exchange that well-known narrative of “They provided Dari-English translations” with “They swept for IEDs at the forefront of Special Forces night-raids,” and you begin to have a sense for the kind of risks undertaken by the Afghan men of the National Mine Reduction Group.

A virtual unknown due to their small numbers and affiliation with Special Forces, the NMRG cleared the way for the Green Berets and other SOF they partnered with in the most literal sense possible. Stood up during the Village Stability Operations phase of the Afghan war, the Civil Mine Reduction Group, as they were known at the time, were heavily relied upon to detect and disable IEDs, as their unique familiarity with Taliban tactics and local geography mitigated the inevitable learning curves experienced by constant rotations of new ODAs. Many Green Berets are alive or unmaimed because a member of the NMRG was running point with a metal detector.

In 20 years in Afghanistan, only two groups of local nationals earned sufficient trust to share the same camps and barracks with ODAs: interpreters and the NMRG. The unparalleled risk that they undertook made them the most trusted partner force SF has seen since the Montagnards. 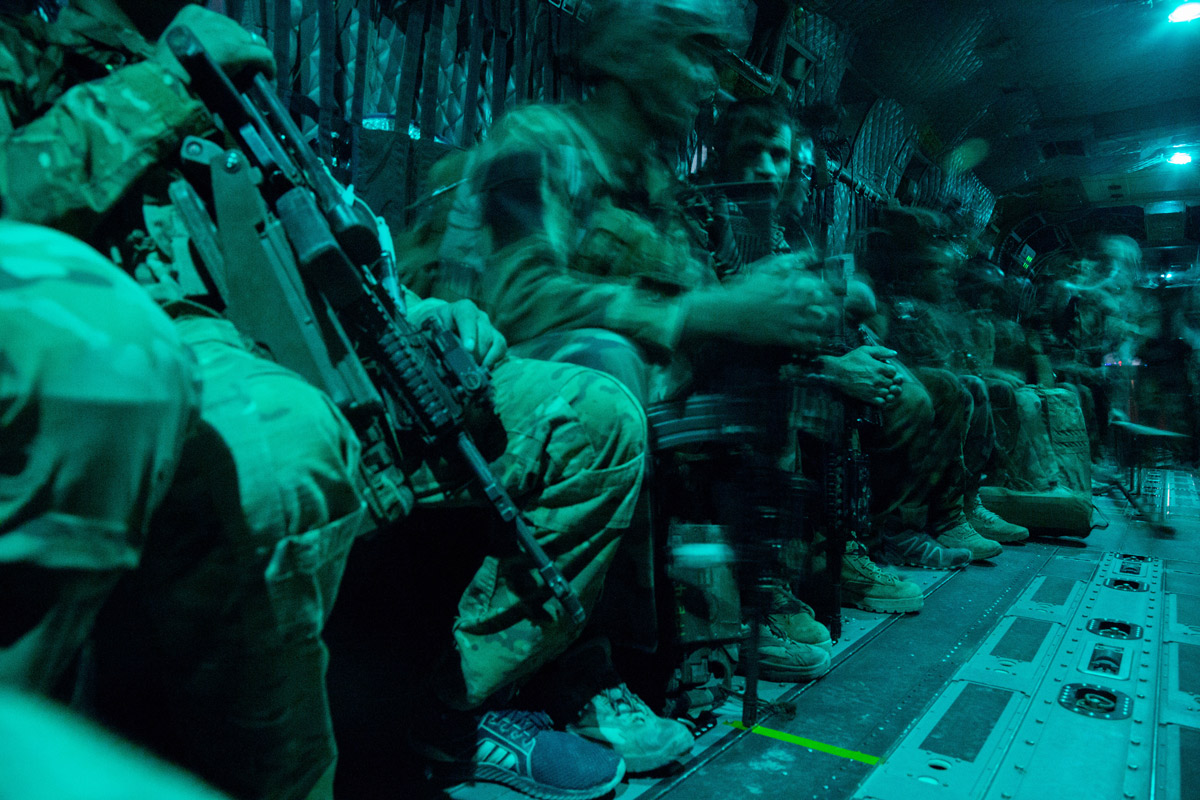 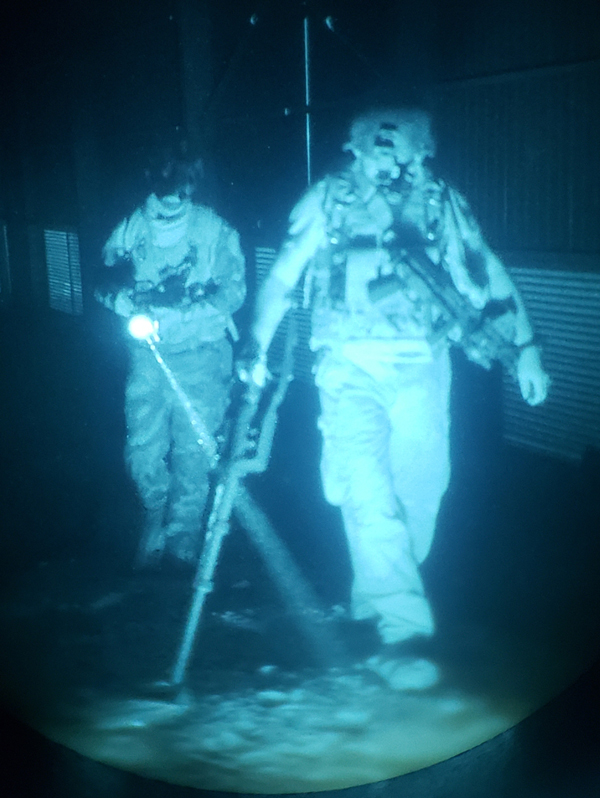 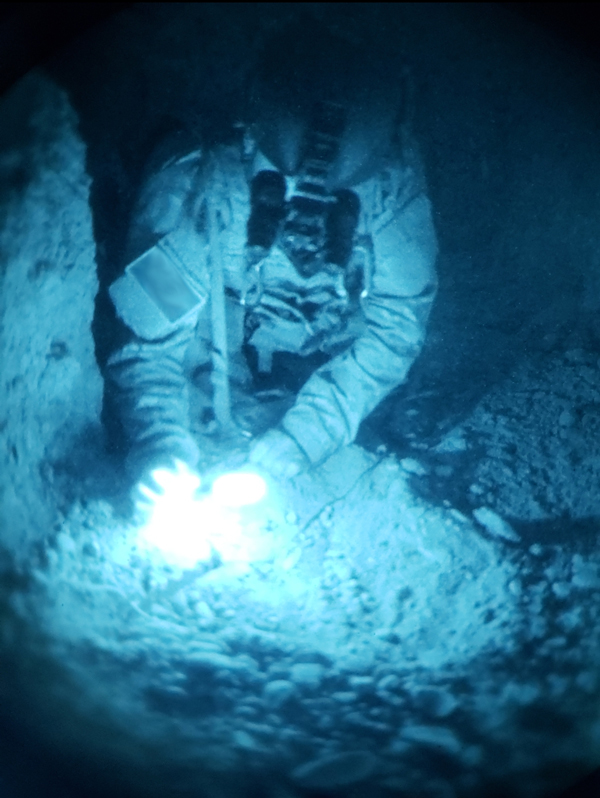 I served as manager for NMRG Team #11 during a 2019-20 deployment to southern Afghanistan. Like many before and after me, I was the beneficiary of their service. In late 2019, my detachment conducted a clearance operation targeting a Taliban staging area in Uruzgan province. The village we were to hit was horse-shoe shaped, encircling a central hill. As the detachment sniper, having an elevated position where I could provide overwatch for the entire assault element was an enticing prospect. Of course, the Taliban knew this too…

After an uneventful infiltration via CH-47, we secured a foothold in a compound at the base of the hill. With the command element remaining in the compound, I selected two of my NMRG­ — “Ahman” and “Gordy” — along with two attached infantrymen from the 82nd Airborne, and an Afghan Commando machinegun team. With Ahman leading the way, sweeping with his CIEA (pronounced “chaya”) metal detector, and Gordy marking a safe path with infrared markers, we began trudging up the hill.

Halfway up, Ahman’s CIEA screeched to life. While alarming, we were exposed on the open hillside, and had plenty of room to maneuver. I instructed Gordy to mark the site with a chemlight, and we bypassed it on the way upwards. The top of the hill clearly had been an old Taliban fighting position. The crest was lined with a thick embankment that hinted at the employment of heavy machinery, and through my night-vision I could see a second, interior set of raised earthen walls — perhaps an abandoned ammunition point, maybe even a mortar pit. Predictably, the screech of Ahman’s CIEA once again screamed into the night. 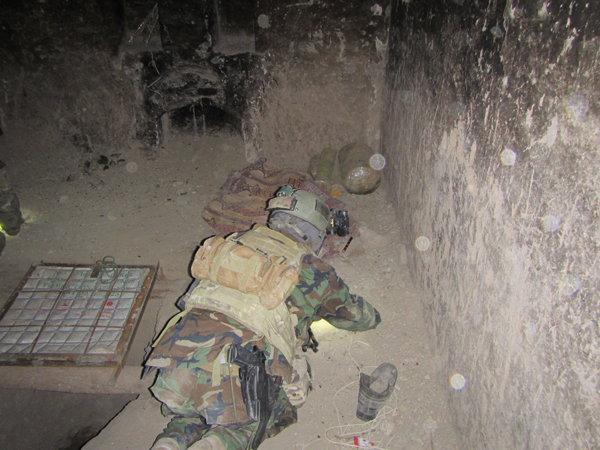 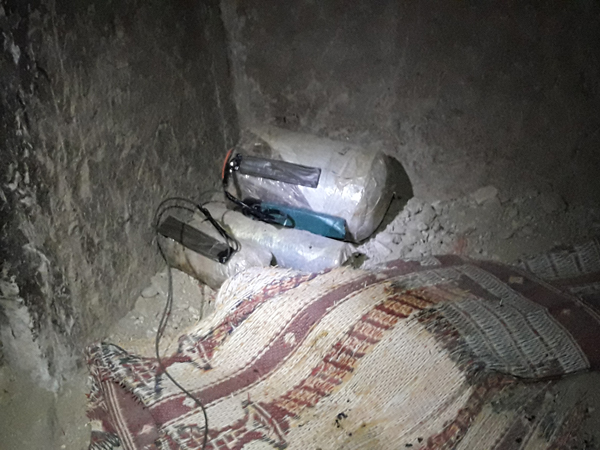 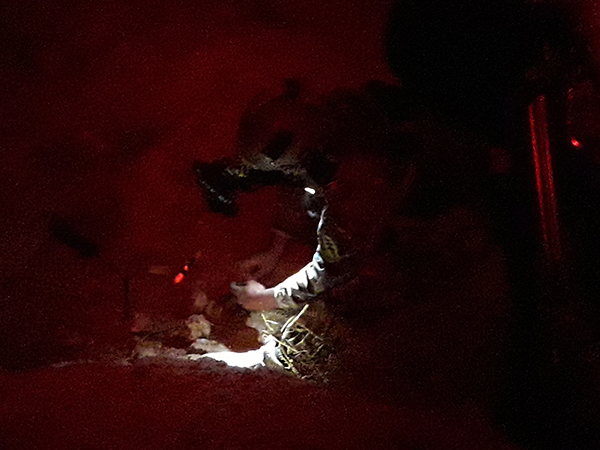 Having seen the effort spent in developing the fighting position it was a guarantee that other IEDs would be emplaced; it didn’t take a brilliant military mind to see the advantage the position offered, and the Taliban would do what they could to make us bleed for it. However, we couldn’t provide overwatch for our comrades if we spent the night clearing the hill.

“Alright guys, lets BIP (blow-in-place) this one and get moving.” I told Ahman and Gordy.

Unbelievably, Ahman, who at this point had gingerly began uncovering the IED, protested my decision with a decisive “NO” followed by a string of Dari and insistent gestures towards the center of the hill.

Thinking this was a misunderstanding and that there was no way he was insisting on continuing, I handed him a half-block of C4 with a datasheet explosive booster and primed with detcord; major overkill for a simple pressure-plate IED.

“Don’t bother digging it up; lets just blow it and move back. I guarantee there’s more of them here.”

Ahman immediately echoed what I said. “YES! MORE!” once again gesturing towards the center of the hilltop.

Back and forth the we went for several minutes, until finally, with our mutual irritation growing, I radioed for Gary, one of our three interpreters.

Gary sauntered up the hill and talked briefly with Ahman after I explained the situation.

“Hey bro,” Gary said in his typically lackadaisical manner, “He says if we blow that one up now, it’s just gonna cover the other ones with dust and make them harder to find.”

I practically laughed with incredulity. It had not occurred to me that Ahman would have been completely content to spend the night just clearing IEDs in the dark, like a gardener pulling weeds.

After overcoming my brief moment of surprise, I clarified my intent to move on through Gary. Ahman merely shrugged, and shortly thereafter, we were headed down the hill, the fuse of the C4 block burning, enroute to continue on what would be an otherwise unremarkable mission. 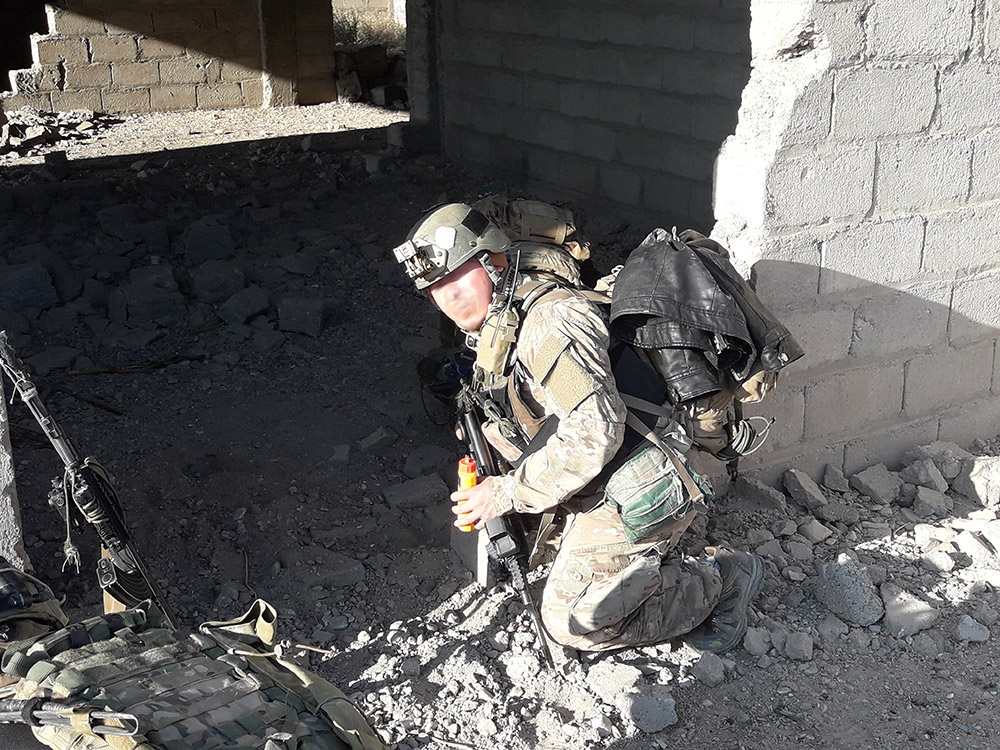 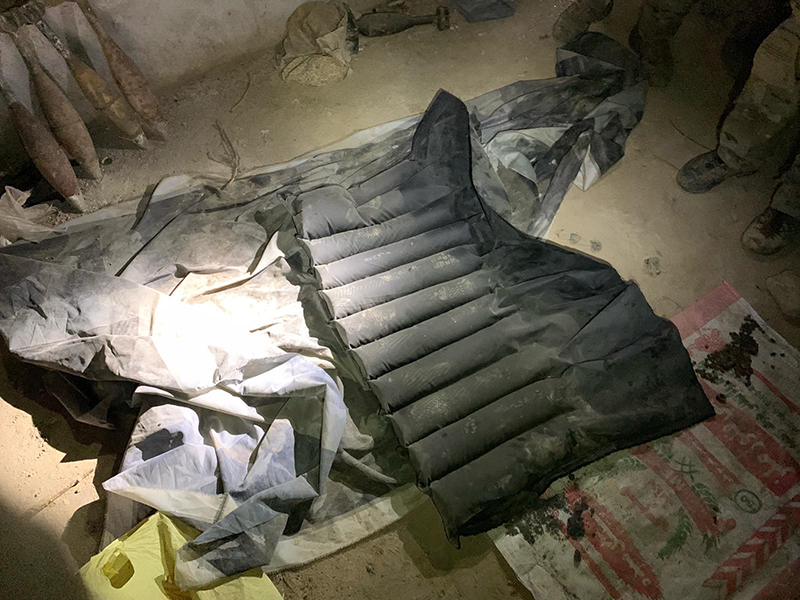 Not the most thrilling anecdote was that? For my detachment, that honor belongs to “Sam” who was engaged by a Taliban fighter inside a tunnel system after he stumbled upon underground weapons cache. The fighter must have been just as startled as Sam, since he escaped without injury. Nor is it the most shocking example of the risk the NMRG undertook on a daily basis; that unfortunate distinction belongs to the four NMRG of a sister team who were killed by an IED while riding in a lightly armored SUV. The Americans were in MRAPs.

I mention it simply because to the men of Team 11 and so many other NMRG Teams, clearing a hilltop full of IEDs to further the objectives of a country they’ve never known was simply just another day’s work.

Had Ahman and Gordy not been sweeping for IEDs ahead of us that night, I probably still would have been fine. It’s just that it would have been an American — myself, an EOD tech, or someone else holding the CIEA. Chaos arises unexpectedly even in the most routine military operations, and the simple fact remains that every NMRG death — and there were a shockingly high amount — was made in exchange for an American life.

To this end, I have started a 501(c)(3) non-profit on behalf of the NMRG remaining in Afghanistan. Team 11 — an homage to the team that once safeguarded my own ODA — actively fundraises, disburses aid and procures passports and visas for the families of former NMRG members still in Afghanistan. Initially, this was a small-scale effort, simply to get the 17 original members of Team 11, and their families; 100 people all told, through the winter. However, we quickly expanded to assisting members of NMRG Teams 12, 19 and 20. Now, working in conjunction with the Moral Compass Federation — an offshoot of the Special Operations Association of America that encompasses 18 other Afghan-focused non-profits — we are transitioning our focus on the entirety of the remaining NMRG and their families; some 2,000 people.

While the process is frequently stymied by executive and legislative inaction, we have begun to see the effects of our efforts. This Independence Day marked a monumental achievement for this growing organization: three of the original 17 members of NMRG Team #11 received their visas to the United States. With family included, seven people will soon begin a new life, forever free from an oppression greater than you and I could ever comprehend.

This news is especially poignant for myself, as I was actively guiding six of those people when the bombing at Abbey Gate barred access to the Kabul Airport forever. One of the hardest things I’ve had to do was to tell the members of Team 11 that our evacuation attempts had failed. We promised them that we would aid them when able. However, it was up to them to weather the oppression of the Taliban on their own. 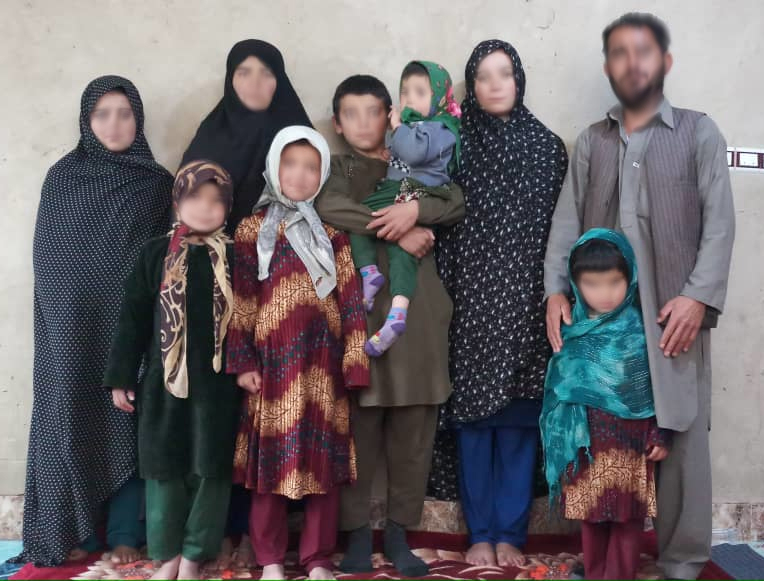 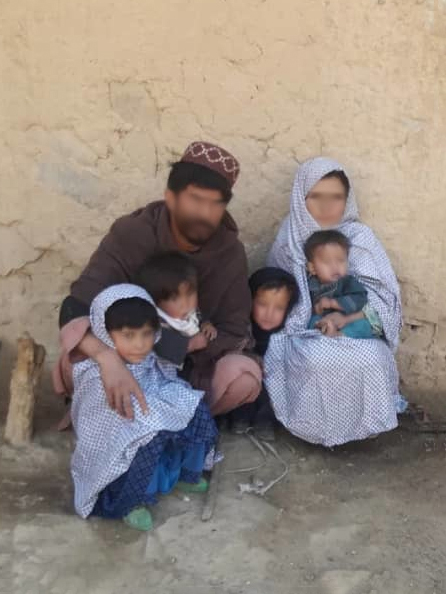 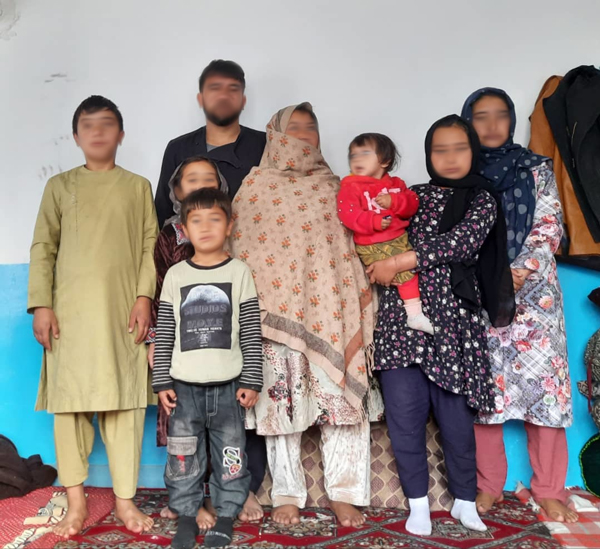 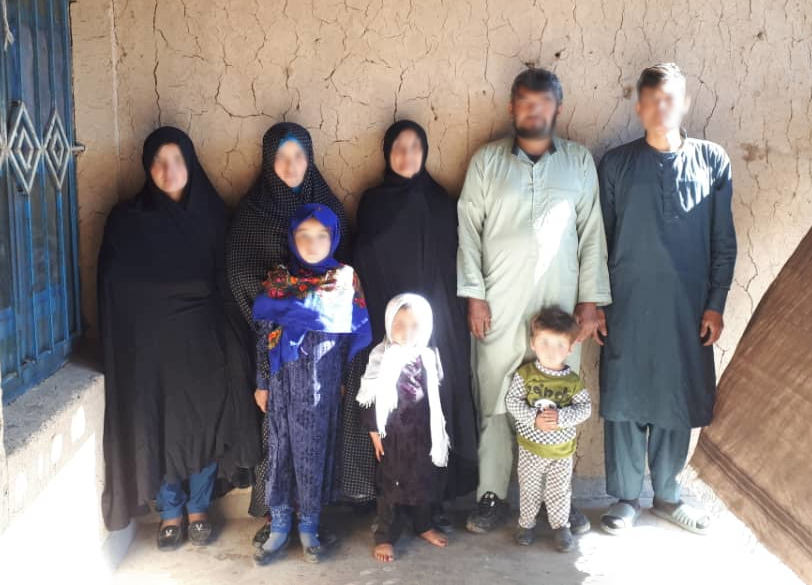 And weather it they did.

With immeasurable grit, resourcefulness, and no small amount of courage — those fundamental traits that America aspires to — they evaded the Taliban, survived famine and endured untold hardship. Of course, I would be utterly remiss if I did not mention our donors and supporters. This has been a massively collaborative effort, made possible by over 250 people.

Now, a year after informing Team 11 that our evacuation efforts had failed, seven people stand on the cusp of a future impossibly brighter than any one of them could ever imagine.

The NMRG volunteered to do the most dangerous job in Afghanistan to further the interests of a nation they’ve never known. And they did so purely on faith: faith that we would be there for them when the times got hard. We aim to ensure that their faith in us Americans was not misplaced. 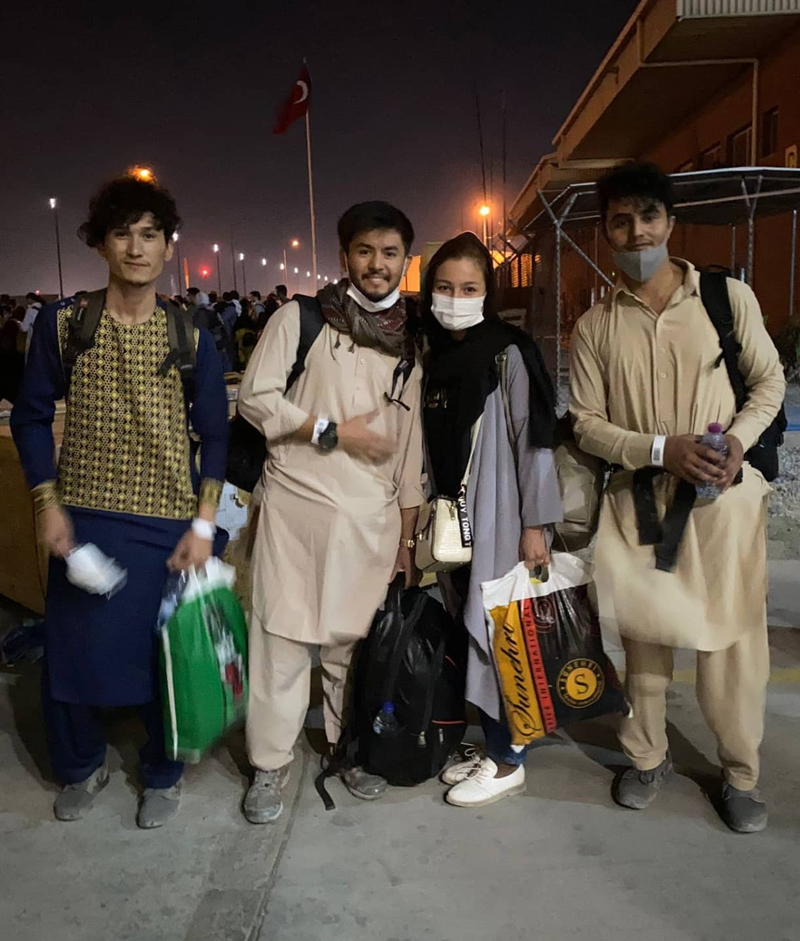 Mahdi Hussaini serves as Deputy Director for Save Team 11. His language skills and cultural knowledge are critical in maintaining daily communications with members of Team 11 and other former NMRG members. He is shown here during his escape to the US from his native Helmand during the Taliban resurgence in August 2021.

Save Team 11 is dedicated to ensuring the safety, well-being, and SIV (Special Immigrant Visa) assistance to National Mine Reduction Group members and their families within Taliban controlled Afghanistan.

Learn more about their mission and organization, find out how you can help and read updates on their progress.

Editors Note: Save Team 11 was also reported on in the New York Sun in this article that appeared a day after this entry on our website went live. Source: https://www.nysun.com/article/digital-dunkirk-green-berets-network-to-save-afghans-who-saved-them

ABOUT THE AUTHOR: Thomas Kasza, Executive Director /Founder of Save Team 11 is a veteran of both Afghanistan and Iraq, with 13 years in service, and a decade in Special Forces, Tom departed active duty in August 2021 to pursue a career in medicine. One of his final roles was as Manager for NMRG Team 11.

Tom was the beneficiary of a Team 11 member’s diligence when an IED was unearthed in the same spot he had intended to setup a sniper overwatch position.