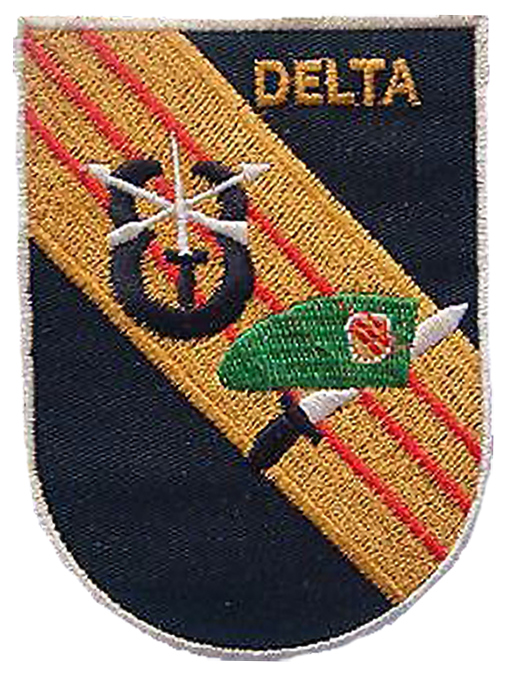 Project Delta, Special Forces Detachment B-52, one of the most highly decorated units in the Vietnam War, was organized in early 1964 under Captain William R. Richardson. Its mission was to provide strategic reconnaissance for MACV. Under the original concept there were no Americans on Delta’s recon teams, and the earliest infiltrations were night static-line and High-Altitude-Low-Opening free-fall parachute jumps.

The concept of using only indigenous troops proved unworkable because of operational procedures adopted by the Vietnamese teams, odd habits such as sleeping on the trail where Charlie could find them, and the fanciful nature of some of their reports. It was only six months before American “advisors” started accompanying the patrols.

There were many refinements in Project Delta’s operational techniques through the six years of its existence, but the project achieved its highest degree of perfection — and Delta was as close to per-fection as anything in war ever is — under Major (later Lieutenant Colonel) Chuck Allen, who was with the project for two years and commanded it for six months. He is the man General William C. Westmoreland called “Big ‘Un.”

For a time MACV headquarters insisted that recon teams be com-manded by officers, because they did not trust the quality of informa-tion received from the enlisted swine. This was an erroneous notion because, for one thing, Special Forces had, at least at that time, enlisted men with, on the average, higher IQs than their officers. And those young lieutenants were a whole lot more flighty than a seasoned SF NCO — which is not to say that the officers were dumb. SF was simply an organization of very bright, dedicated, and ballsy individuals.

In fact, intellectual requirements for Special Forces were exactly the same as those for OCS. The only different requirements were that you had to be able to swim to get into the Forces and you couldn’t have a criminal record and get into OCS.

Of those officer recon-team leaders, incidentally, one of the few to work out was Bill Larabee, at the time of my outing with them a captain, Chuck Allen’s operations officer. 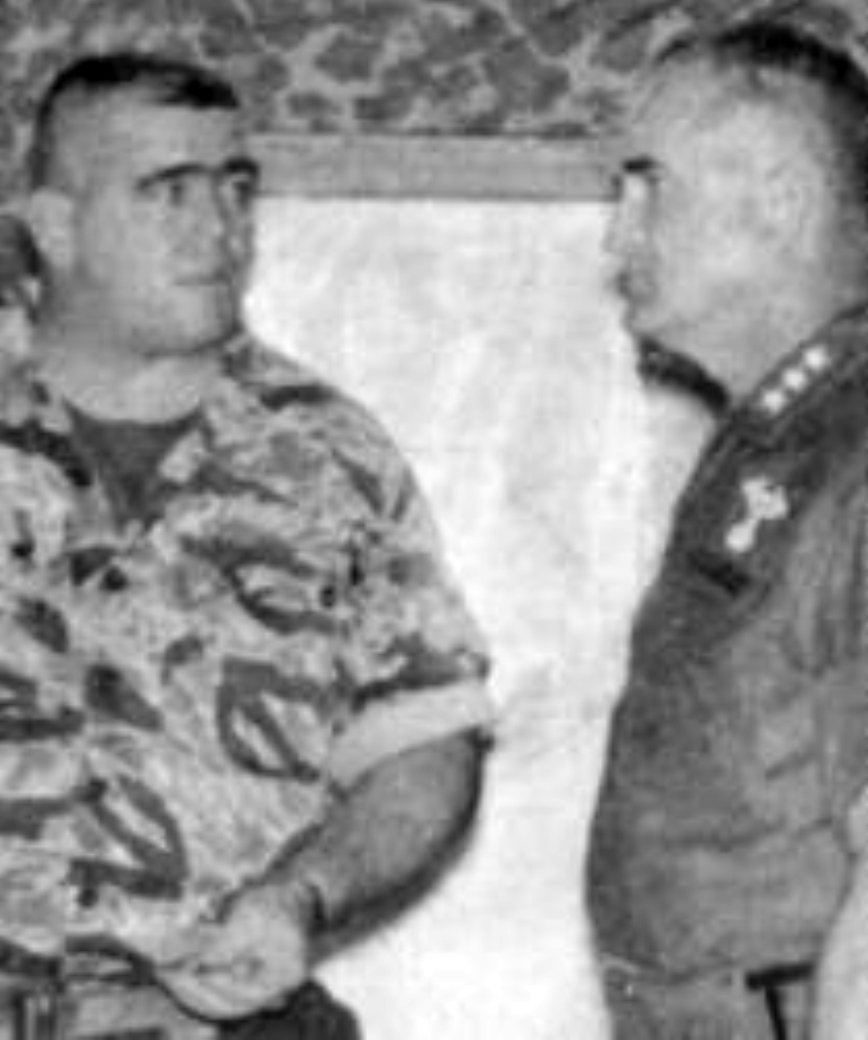 Because of the success of Delta, Colonel Francis J. “Splash” Kelley formed Projects Sigma and Omega. There are various versions of how that came about. Chuck Allen says that Kelley wanted to use Delta in I Corps and formed Omega for II Corps and Sigma for II Corps. And, as it turned out, that is how they were generally deployed.

But one of my old sergeant buddies told me that early in his tour Kelley was invited down to the Project for dinner. It was a spirited evening; the gentlemen of the Project were well known for their iron discipline and control in the field, and their lack of those qualities in garrison.

As rumor has it, during the course of the evening a master sergeant gave the new colonel a fat, wet kiss on the ear and murmured to him, “Don’t ever die, you sweet motherfucker. Don’t you even catch cold.” It was not unusual for recon men to test an officer’s cool in this fashion. Babysan Davidson, a legendary recon NCO, who looked like a demented twelve-year-old, once, at a similar party, kissed me on the ear and murmured, “Y’know, mother-fucker, I like you.”

I was flattered; junior SF officers were middlin’ arrogant, but the recon guys were superstars. According to the story I heard, though, Kelley was not so pleased, and organized his new recon projects the next day

Under Allen, and thereafter, the core of the Project consisted of the recon section, with twelve teams of ten members each, usually four Americans and six Vietnamese Special Forces men, usually only six of whom were deployed at a time. The headquarters was SF Det B-52. Nominally, the Project was commanded by a Viet lieutenant colonel and Allen was his adviser. The reaction force was the Vietnamese 91st Airborne Ranger Battalion, an organization which had its good points and its not-so-good points. That was why there was also a platoon of Nungs — a Chinese tribe with a mercenary heritage— for bomb-damage assessment. The Nungs, you see, were trained, fed, paid, and led by Americans. 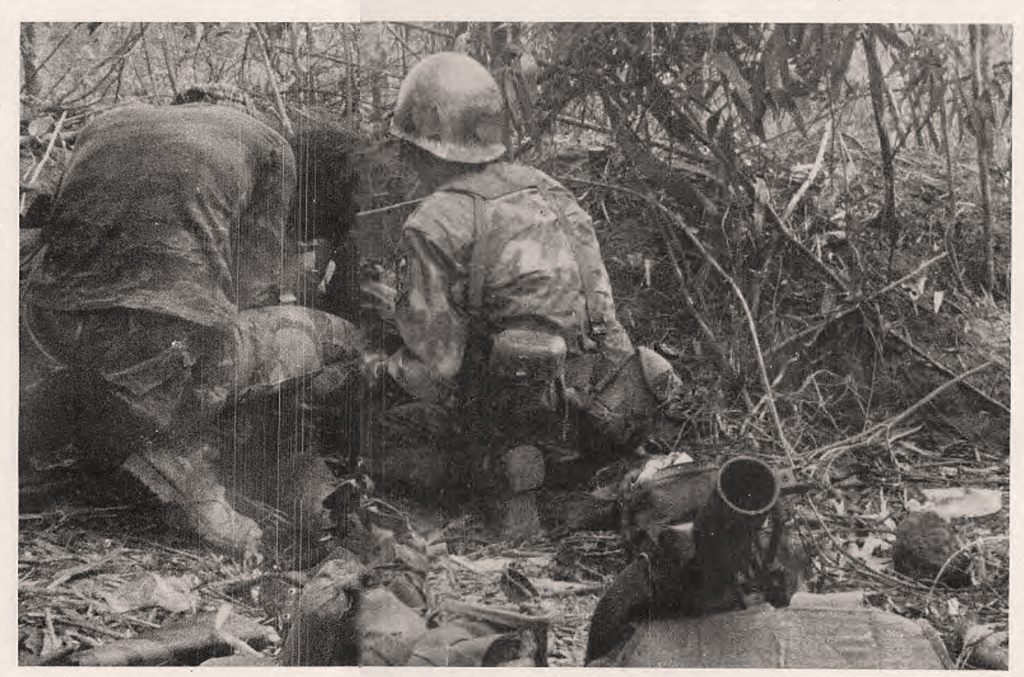 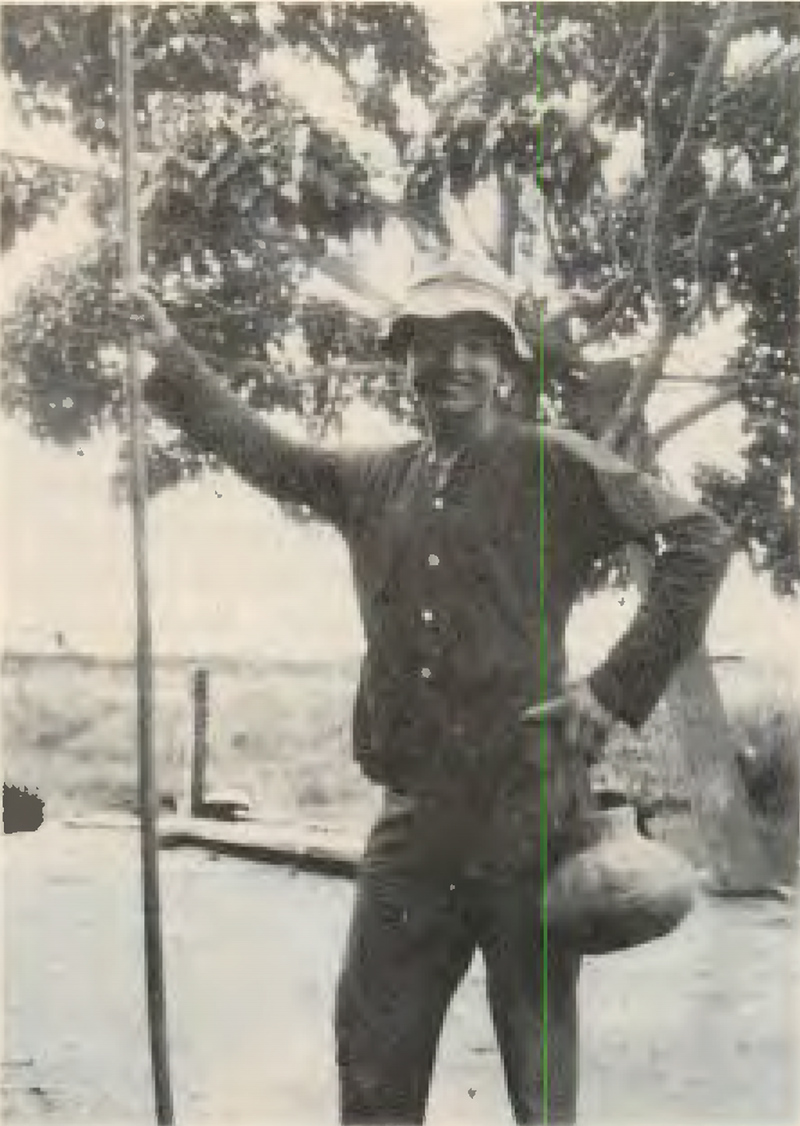 An early Roadrunner, member of all-Vietnamese teams in Project Delta which ran trails in VC and NVA uniforms. He carries Swedish “K” under his shirt and a grenade in the gourd. (Photo courtesy Soldier of Fortune, July, 1981, page 31)

There was also a section of all-Vietnamese teams, known as Roadrunners, which ran the trails in VC and NVA uniforms.

Normally, the 281st Assault Helicopter Company was assigned in direct support. This was an extraordinary unit. Alert crews slept on the ships, ready to go pull a team out at a moment’s notice. The gun-ships took off so heavily ammo-laden, they had to skip twice to get airborne and the slicks could inch down into a hole through which you’d swear a starling couldn’t land.

In March of 1964 Major Allen, who was my friend and former commanding officer, asked me, in my capacity as Information Officer of the 5th Special Forces Group (Airborne) to accompany Delta on an operation in I Corps, the northernmost area of South Vietnam. The mission was to do preliminary reconnaissance for a later major operation by Marine and Army units. Delta set up a Forward operational Base at Phu Bai, some tents and bunkers, a chopper pad, a zigzag trench, and some wire around the perimeter. The idea was that I would see as much as I could and participate where possible. I couldn’t go out with actual recon patrols — the teams were too tightly knit — but I could go with the reaction force, the 91st Airborne Ranger Battalion, and an attached Mobile Strike Force Company — the Mike Force — from Nha Trang. And I could fly in Chuck’s Command and Control chopper on insertions and extractions. It was as much as an outsider could hope to see, and, in fact, before it was over I would apply and be accepted for transfer to Delta. The first two stories in this series are rewrites of pieces I did for the Green Beret, the 5th Group’s magazine. The first was originally written in the Delta FOB at Phu Bai; the second was written left-handed, in the 8th Field Hospital in Nha Trang. I’ve cleaned them and expanded a bit, and added some details that were classified at the time. The third story is an interview I did with Chuck for Soldier of Fortune in 1980.

Part Two: From Fighting Men, more about Project Delta, “A Reconnaissance Mission” and “With the Mike Force.”

Jim Morris joined 1st SFGA in 1962 for a thirty-month tour, which included two TDY trips to Vietnam. After a two year break, he went back on active duty for a PCS tour with 5th SFG (A), six months as the B Co S-5, and then was conscripted to serve as the Group’s Public Information Officer (PIO). While with B-52 Project Delta on an operation in the Ashau Valley, he suffered a serious wound while trying to pull a Delta trooper to safety, which resulted in being medically retired. As a civilian war correspondent he covered various wars in Latin America, the Mideast, and again in Southeast Asia, eventually settling down to writing and editing, primarily but not exclusively about military affairs. He is the author of many books, including the classic memoir WAR STORY. Jim is a member of SFA Chapter 78 and is a former editor of the Sentinel.