SGM Bruce Long (Ret.), former SFA Chapter 78 President, passed away peacefully at age 80 on September 14, 2022, surrounded by family and friends at his home in Corona, California. SGM Long had been a member of Special Forces Association for over fifteen years and served three terms as president of Chapter 78.

Bruce Dale Long was born on May 17, 1942 to Marian Replogle and Dennis James Long in Evanston, Illinois.

Bruce attended South Torrance High School. After graduating in 1961, he joined the United States Army, serving in Vietnam. Bruce served with the 82nd Airborne Division stateside from 1962-1964, and was then part of the 173rd Airborne Brigade from 1966-1967 in Vietnam. From 1968-1969 he was part of the United States Army Support, Thailand 46th Company 1st Special Forces.

In 1969, he received an Honorary discharge. He continued serving his community by joining the Westminster Police Department. While serving there, he completed his Bachelor of Arts with a Major in Criminal Justice at California State University Fullerton. He went on to earn his Master of Arts at Pepperdine University. Bruce rose to Detective, and became a member of their SWAT team, attending the FBI Training Academy in Quantico, VA.

In his combined six years as President for Chapter 78, what Bruce did for the Chapter, to quote Chapter 78 Treasurer Richard Simonian, was to “put it together, hold it together, make good things happen.” His work with the Chapter, both during and outside of his tenure as President, was a demonstration of his love for his fellow Special Forces brothers and his commitment to supporting the community.

The single most important contribution SGM Bruce Long made to SFA Chapter 78 during his first tenure as President was the establishment of close relations with Company C (formerly Company A), 19th Special Forces Group, Airborne. This relationship with Company C was facilitated by the fact he had served as SGM in the local Reserve and National Guard SF units prior to his retirement. This relationship continues to this day. In fact, our Chapter meetings are held at the Joint Forces Training Base in Los Alamitos, where Company C is located.

At the Saturday September 17, 2022 Chapter meeting, members shared about their experiences with Bruce and the ways in which he inspired them. It was agreed that Chapter 78 owes Bruce a debt of gratitude. We will miss Bruce’s kindness, humility, humor, and energy. 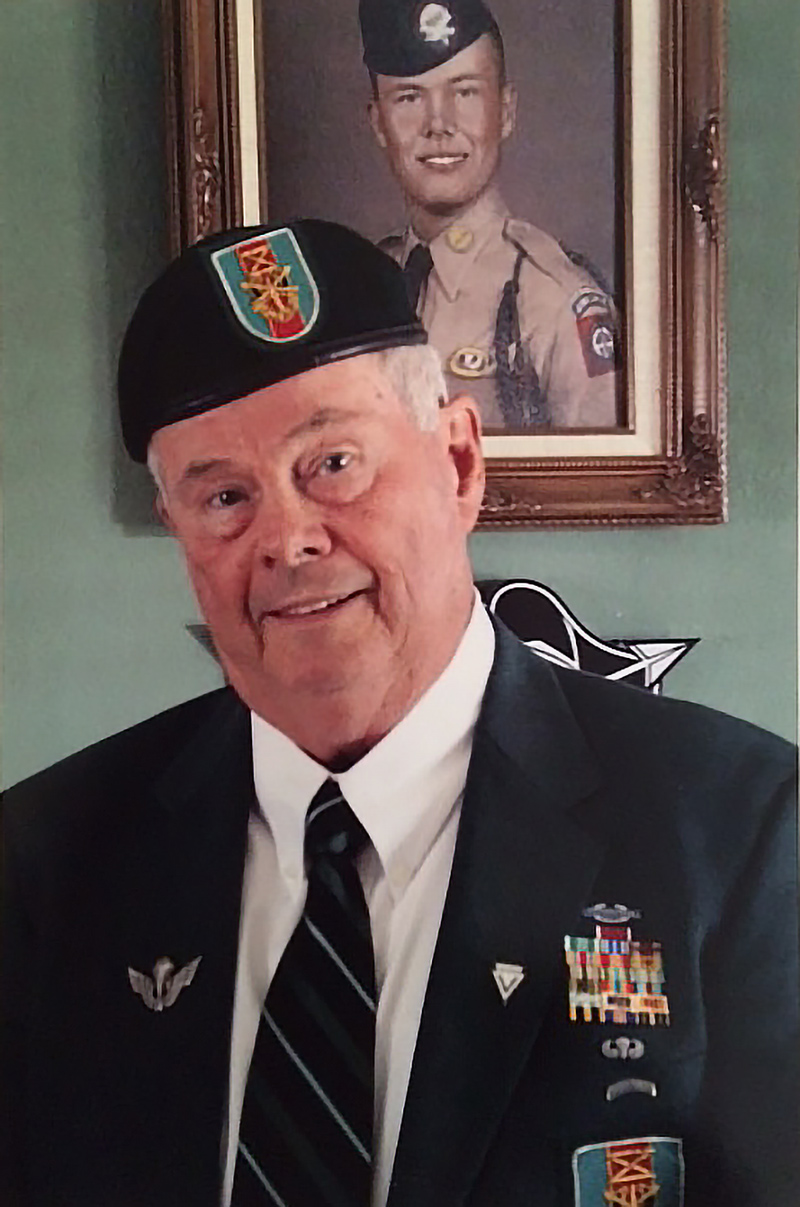 SGM Bruce Long (R) dressed in his official SFA blazer and wearing his Green Beret poses in front of a portrait of himself in uniform from his younger years.