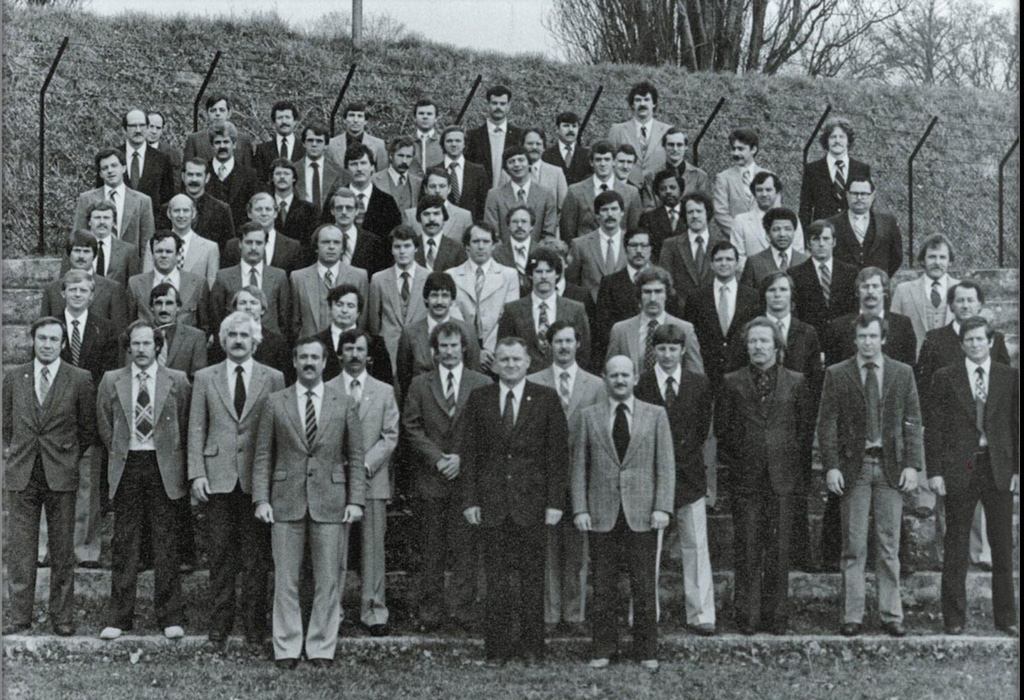 In 1956, six modified Special Forces Operational “A” Detachments from the 10th Special Forces Group (Airborne) stationed in Bad Tölz were relocated to West Berlin as the 7781 Army Unit (also known as 39th SFOD) and embedded within HQ and HQ Co., 6th Infantry Regiment. Each team was composed of one Master Sergeant and five enlisted team members. The overall OIC was MAJ Maltese and his XO, CAPT Barton. After several moves in 1958 the unit found its final home at Andrews Barracks, West Berlin, assigned to HHC, US Army Garrison, Berlin, with its new name — Detachment “A” (DET-A). DET(A) was a clandestine unit constantly on high alert status 24 hours a day. In 1962 DET(A) was separated from the Garrison and became Detachment(A), Berlin Brigade, US Army Europe, which it remained until deactivation in 1984.

Detachment(A) was a unique and diversified, unconventional clas-sified unit. With staff, the unit numbers were approximately 90 men. Detachment(A) encompassed all the Special Forces missions over its existence: unconventional warfare, stay behind, direct action, and anti-terrorist. For example when I arrived in 1969, they operated under the cell concept. Then in the late sixties transitioned to six, 12-man “A” teams, each having its own mission requiring different and multiple skill sets including scuba, HALO, etc.

A certain breed of troop were instrumental in Detachment(A)’s missions. They brought in depth knowledge of other nations, language capabilities and other much needed skills and knowledge essential to Detachment(A). Some of these men were products of the Lodge Act, and many of these troops still had families behind the Iron Curtain. Men like Peter Astalos who served in the Romanian and German armies during World War II; Martin Urich who participated in the largest tank battle of World War II “Kursk”, and many more.

In later years during the Cold War another breed of men were join-ing the Special Forces originating from all over Europe. Men such as MG Sidney Shachnow born in Kaunas, Lithuania, imprisoned for three years during World War II, joined Special Forces in 1962 and served for the next 32 years in Special Forces rising through the ranks to become a Two Star General. He was the Commander of Detachment(A) in the early 1970s. Hermann Adler, Team 3 Leader 71-72, was born in the Sudentenland, Czechoslovakia.

After MG Shachnow’s departure from Detachment(A), his replacement was relieved of duty in front of our morning formation by the Berlin Brigade DBC. He was replaced along with several other key individuals who were not Special Forces qualified. Under their direction we were all put back in uniforms. Our Detachment(A) sign logo now had a big Airborne logo appended to it. We were assigned various duties to train the Infantry units of the Berlin Brigade, i.e., EIB training, Scout Swimmer, etc. Their NCO’s looked to us as cadre.

These command changes had a detrimental impact on the unit and compromised DET(A)’s mission.

The unit then got a new commander. Colonel Stanley Olchovik, who was born in Czechoslovakia, was an accomplished linguist and had extensive Special Forces operational experience.

CSM Jeffrey Raker, another standout born in Germany, was also assigned to Detachment(A). He volunteered for Special Forces in 1963, and rose up to Command Sergeant Major. He served as the Sergeant Major of Detachment(A) from 1977-1981.

Colonel Olchovik and Sergeant Major Raker restored Detachment(A) to its primary classified missions. Under their leadership the unit was able to regroup and achieve 100% language qualification, and hone its unconventional warfare and special operations skills. They set up training with the Bundesgrenzschutz GSG9, SAS, and Special Berlin Police units. SGM Raker selected and trained Detachment(A) individuals who made the reconnaissance to Iran to plan Operation Eagle Claw – Iran Hostage Rescue Mission 1979.

He then selected the Detachment that was to rescue the hostages held at the Ministry of Foreign Affairs, Operation Storm Cloud.

CSM Raker served over 30 years in the Army.

It was men like these that made Detachment(A) what it was — a clandestine unit of Green Beret commandos on high alert 24 hours a day operating in the Cold War era. 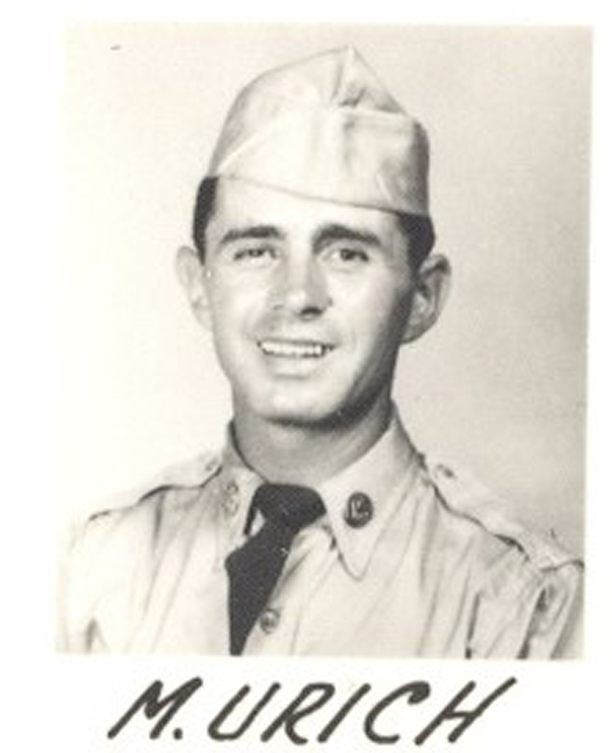 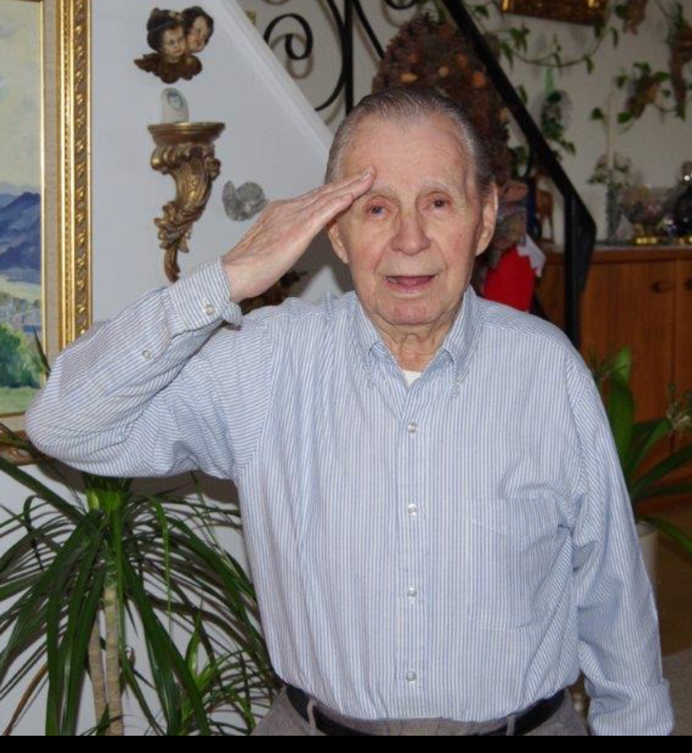 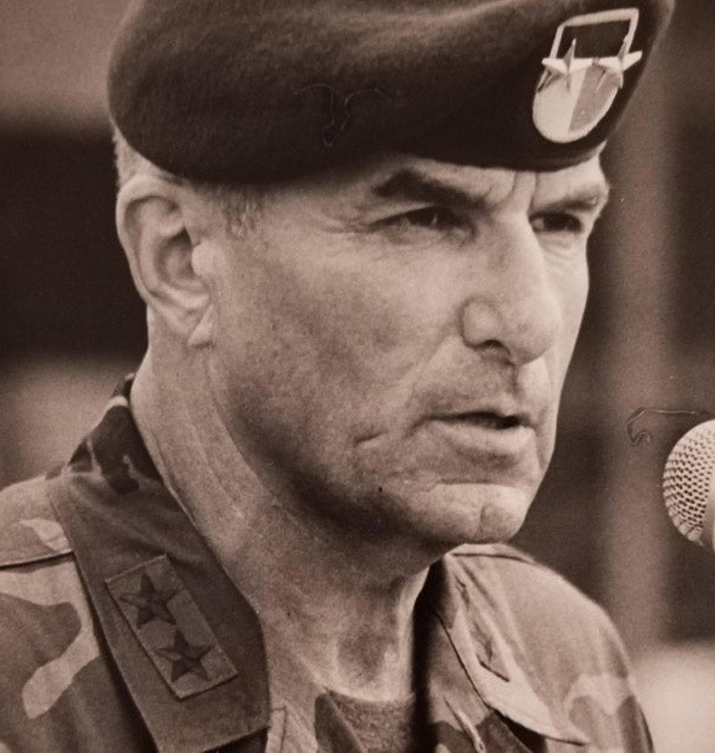 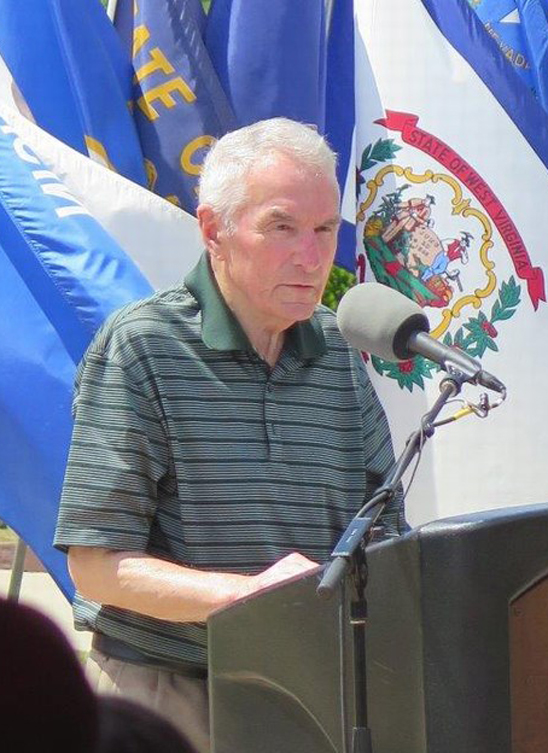 MG Sidney Shachnow in an undated photo and in 2017. 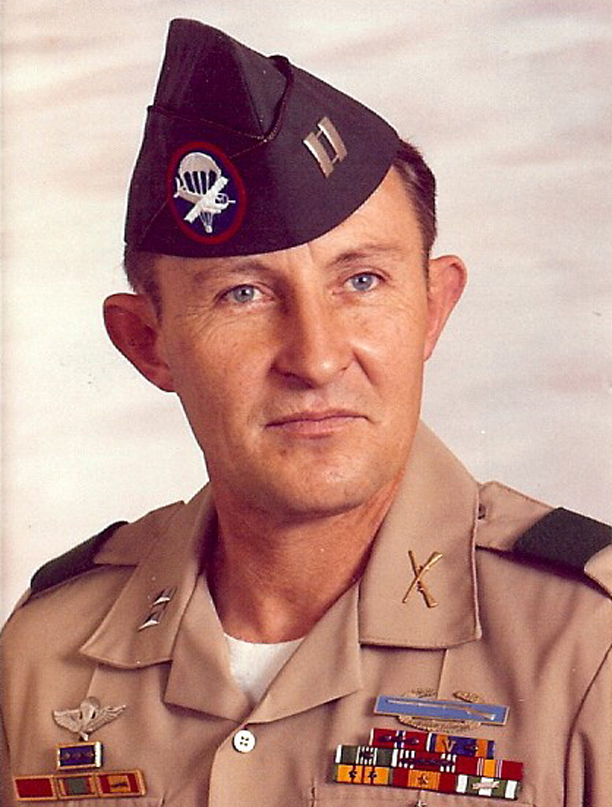 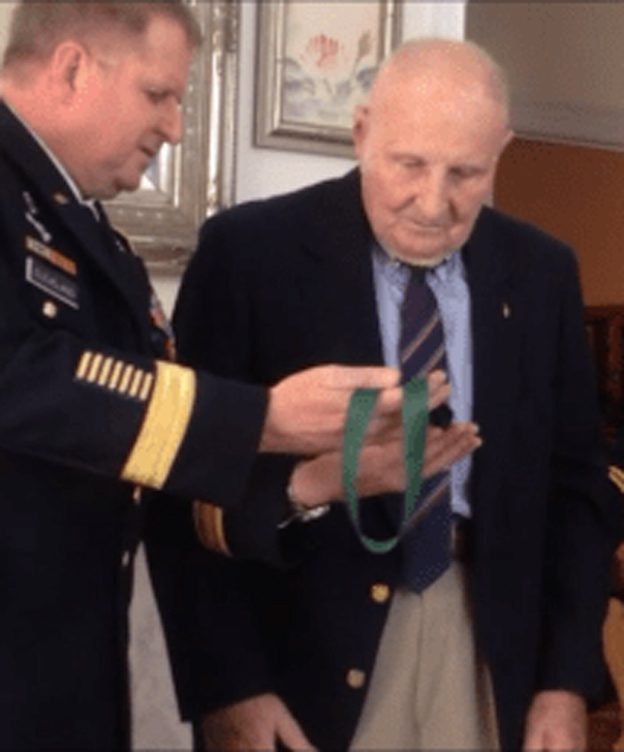 Hermann Adler Detachment (A) Team Leader 1970-1974. Above, receiving his DMOR medallion from LTG Cleveland in 2014. 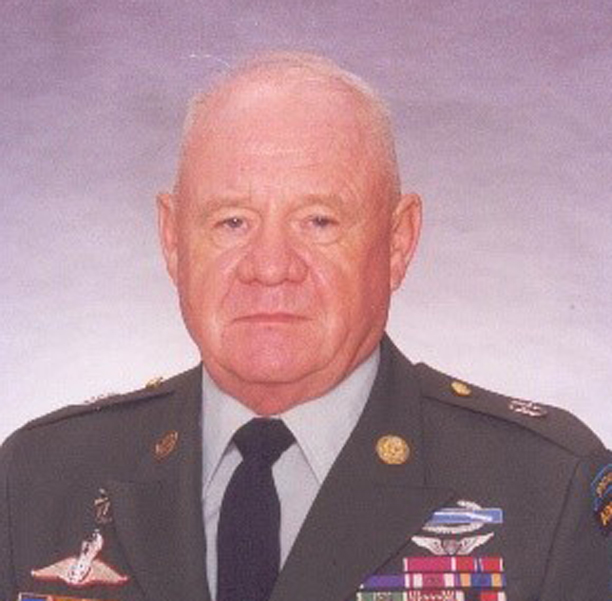 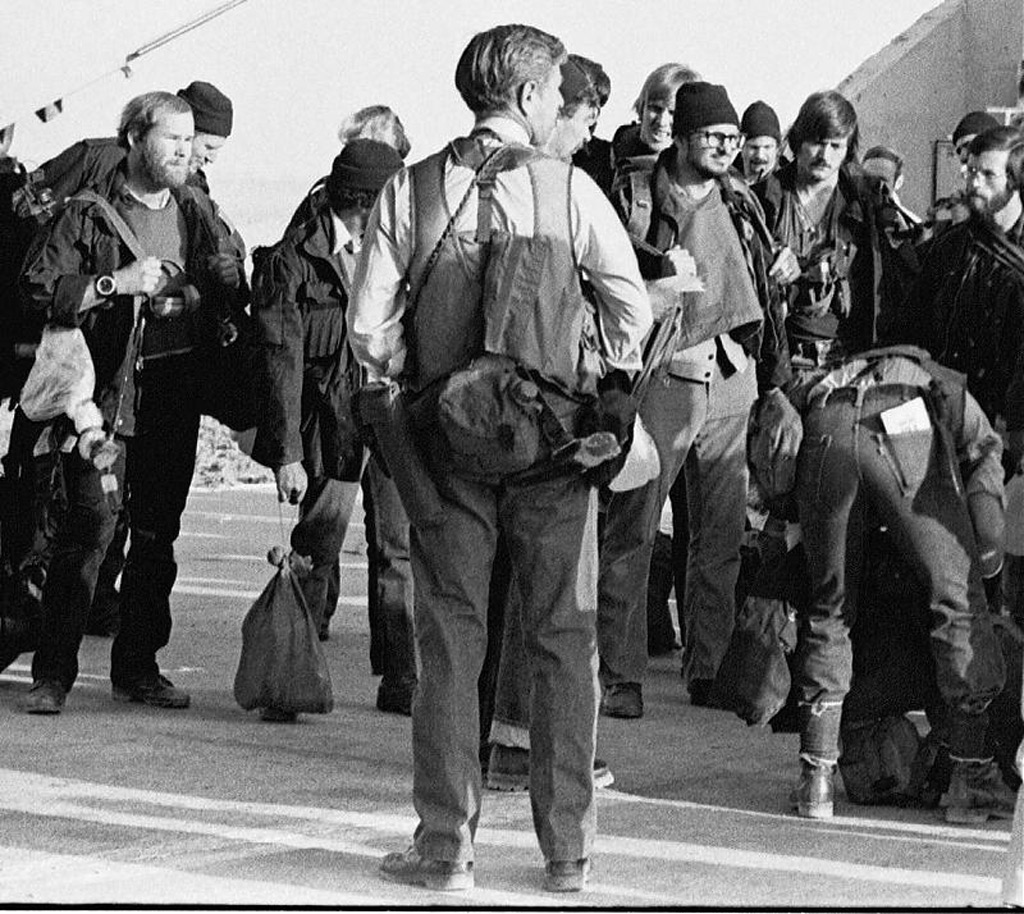 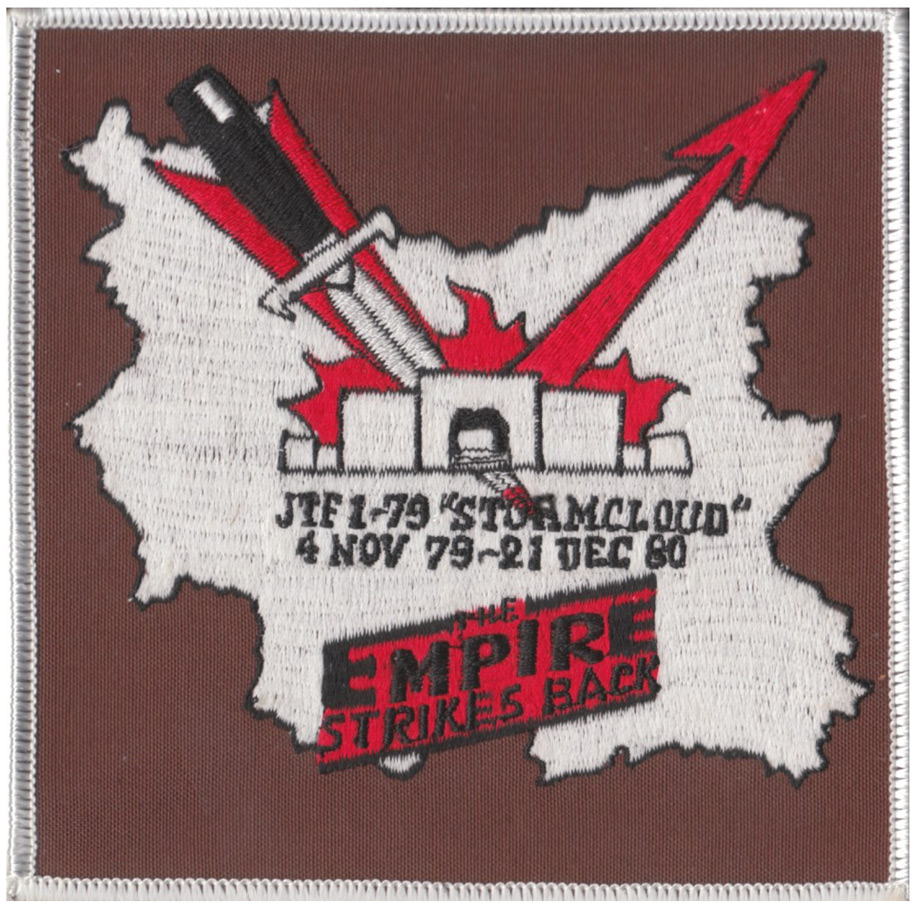 Patch for Operation Storm Cloud — SFM Raker selected the Detachment that was to rescue hostages held in Iran at the Ministry of Foreign Affairs.

Becoming a member of the unit required the potential candidate meet the highest of standards. Those standards were rigorously set and enforced. The slightest infractions were not tolerated. The members of this unit were selectively trained, language qualified SF soldiers, many former German and Eastern European immigrants who brought much needed culture, geographical and language skills to this assignment. They dressed in mostly civilian clothing purchased in both West and East Germany and carried if required, non-American flash doc-umentation and identification. Their missions were always classified.

For example, on Monday, it was the daily dozen plus a one-mile run. Tuesday, the same but a 2-mile run which progressed through Friday to a 5-mile run. Four times per month we performed a four-mile cross-country run through the Grunewald Forest. Another example, a month in Southern Germany where we trained for winter warfare, which consisted of both downhill and cross-country skiing equivalent to extreme skiing. Specialized demolition training was a required skill for our various targets in Berlin. Some attended the CIA specialized demo course at Harvey Point, NC. We also conducted intense special internal demolitions by our demo personnel. 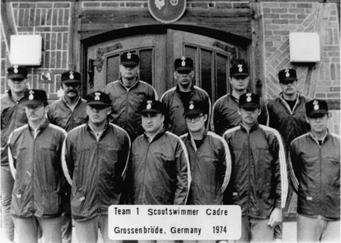 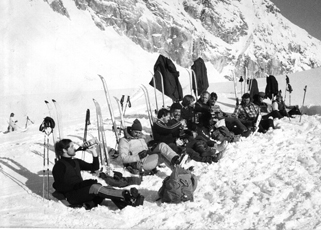 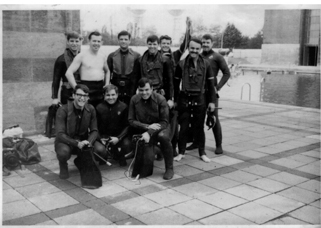 DET(A) participated in all the Flintlock exercises along with our sis-ter unit 10th SFGP(ABN) located in Bad Tölz Germany in various ways sometimes as assets, Guerrilla Chief as well as participating in communication exercises. We would combine our Scuba training with 10th SFGP in Bad Tölz, Germany.

Each month, we conducted our airborne operations staging and flying out of Berlin Tempelhof AFB and jumping into Bad Tölz, Germany.

Some of the tools of the trade used were coal filled with C-3 for the earlier sabotage of the rail ring surrounding Berlin. One-shot cigarette-lighter guns also known as stingers, vials filled with metal shavings for destruction of turbines, noise suppressed weapons for elimination of specific targets. A myriad of weapons and vehicles were available. All of our scuba gear was German Dräger. This included a Dräger one-man portable decompression chamber.

Area studies were conducted to gain a solid understanding of the culture, languages, history, geographical data, and target acquisition.

The status of forces agreement with the four powers occupying West Berlin specified no elite forces. However, the allies the British, Russians, and the U.S., etc., had their own elite forces.

We participated in NATO escape and evasion exercises and exclusive DET(A) city exercises in Berlin, which included dead drops, live drops, pri-mary meetings, surveillance, and in-city communications. DET(A) had a city course that we taught to the 10th SFGP personnel as well as SEAL Team Two from Crete.

DET(A) knew that the KGB had us under constant surveillance and pos-sessed dossiers on all of us. Part of our city training was against the Soviets surveillance of us.

During the mid 70s our mission was changed to anti-terrorist, sniper, and swat combat in cities. We were the Delta Force of Europe. In 1978 DET(A) was tasked by the CIA to dig up several cache sites positioned throughout Berlin for stay behind operations and check the conditions of the equipment in them, i.e., weapons, demo, commo, medical, and to recommend replacements. 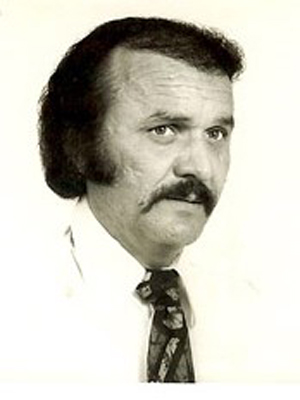 Editor’s note: Bob Charest, “the man who brought Detachment (A) in from the cold,” first published this article in January 2012, which coincided with his launch of Detachment-A.org. It is only one part of a wealth of information available there. Be sure to check it out

In 1961, Robert “Bob” Charest, after volunteering for and completing Commo School and SF Branch Training in December of 1962, pulled his first assignment with 1st Special Forces Group (Airborne) (SFG(A)) in Okinawa. Sent TDY on a six month Mobile Training Advisory mission in Vietnam in July 1963, he was assigned to A-432 stationed in the camp at Boun Beng of II Corps. The team was responsible for off-island training with the Jari Montagnards.

Transferring to 10th SFG(A) in Bad Tölz Germany, he served with B Company ODA-19 from 1964–1967. In 1967, he was chosen to lead a top-secret mission to Libya. After two solo trips into Libya to coordinate with the US Embassy, he and his team, disguised as Civilian Communications Contractors to Libya, visited all of the Libyan Army Bases from Tripoli to Benghazi. While there, he was approached by two Libyan Officials, one of whom was the Libyan Army Chief of Staff, informing him of “The Black Boots” movement, an underground effort within the military to overthrow King Idris’, the King of Libya. The rebellion was led by a young man, named Muammar Muhammad al-Gaddafi. The officials then asked Charest to become a paid informant, to spy on the under-ground movement. He and his team aborted the mission and returned to Stuttgart. Although Charest briefed the higher head-quarters in Stuttgart of the plot, nothing was done.

His second tour in Vietnam began in 1968, serving with B-56 Project (SIGMA) Military Assistance Command Vietnam – Studies and Operations Group (MACVSOG). Wounded on one of his mis-sions, his actions were submitted for the award of the Silver Star. Thirty years later, Charest finally received the award, which had been downgraded to a Bronze Star with “V” device. There are still efforts to have the award reviewed and upgraded. Completing his tour in Vietnam, he attended German language training at DLIWC California. As he was also fluent in Russian, he was assigned to Detachment (A) Berlin, serving on Team One Scuba Team from 1969–1972. Returning to Southeast Asia, he was assigned to A Company, 46th SF CO in Thailand on ODA-33, where he was awarded the Soldiers Medal. When 46th SF Company closed, Charest returned to Detachment (A) Berlin, Germany, remaining from 1973–1978.

Retiring in 1981 from 10th SFG(A) in Fort Devens, Massachusetts, Robert Charest took a job with Vinnell Corporation in Saudi Arabia. A 1981 grenade accident in 1981 and evacuation back stateside ended his tour. Attending the University of New Hampshire, he received his Bachelor’s degree. Two years later, he accepted a position as a Senior Instructor/ Advisor with the Commo Committee at the US Army John F. Kennedy Special Warfare Center and School (USAJFKSWCS). This job was followed by one with FEMA/MERS first as a Senior Operations Officer, then a GM-13 Security Manager.

Robert Charest, fully retired in 1992, but has remained active with the Special Forces community. He served as President of SFA Chapter 72, in Merrimack, NH for five years and sits on the Board of Officers for the Veteran’s of Special Forces (VSF). He is a member of the Special Operations Association. A proud member of Detachment (A) Berlin, he has organized several well attended reunions for the unit. He also is a Life Member of the JFK Special Warfare Museum. His dedication has been instrumental in the inclusion of a Detachment (A) exhibit in the museum. Robert Charest is still involved with Scuba Diving, Skydiving and holds a 4th Degree Black Belt in Tae Kwon Do. 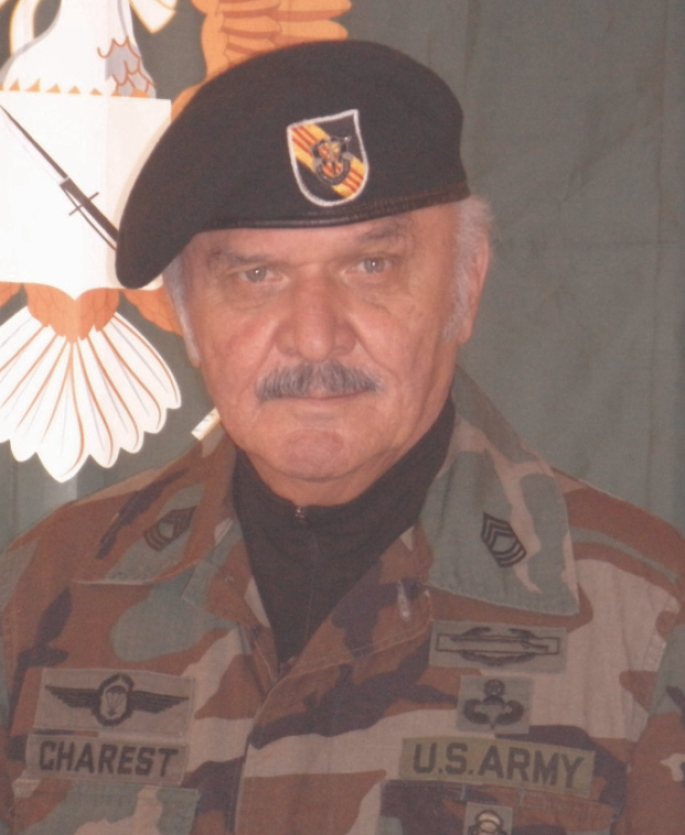