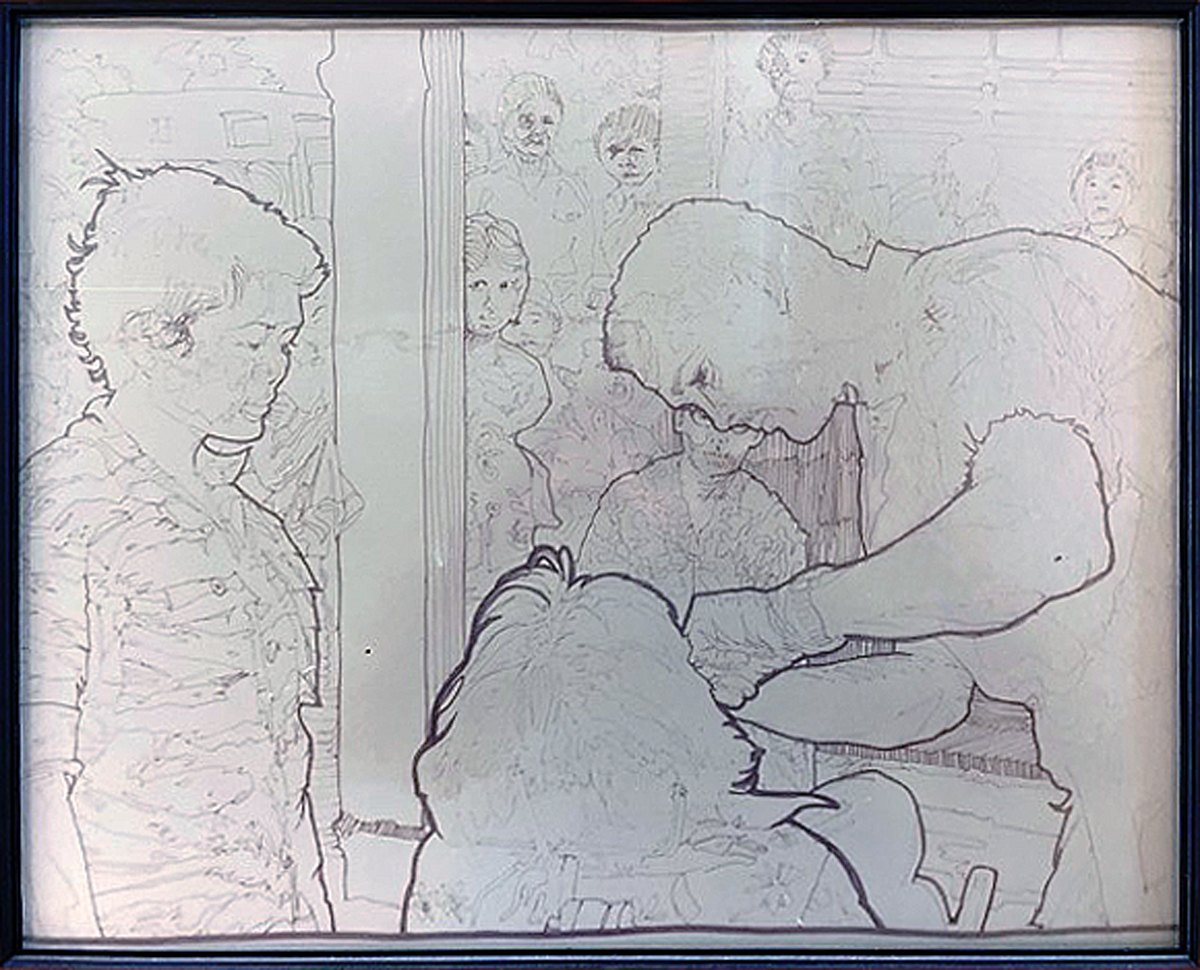 I am a Special Forces dentist. Started with the 7th Group in 1970 and volunteered to be assigned to the 46th Special Forces Company Airborne in Thailand. The 46th Company was training border guards, Thai Special Forces, and was heavily involved with the CIA training Thai, Lao, and Cambodian mercenaries in project 404,

I arrived in Thailand in June of 1970. I landed at Don Mueang Airport, was given the address and told to go to the SF safe house in Bangkok, as some of the Army units were absconding with new personnel depending on their needs — and, as we know, everyone needs a good dentist.

I was driven to our base in Lop Buri some 100 Kilometers north of Bangkok. I settled in, welcomed by our company physician and the rest of the C Team. Our clinic had a Thai dentist, educated in the United Kingdom plus two dental nurses. The Thai dentist was taking care of dental issues before I arrived and doing a great job. The clinic had two medical nurses, a chief nurse and the big boss, the E-8 in charge. Unfortunately, I cannot remember his name. 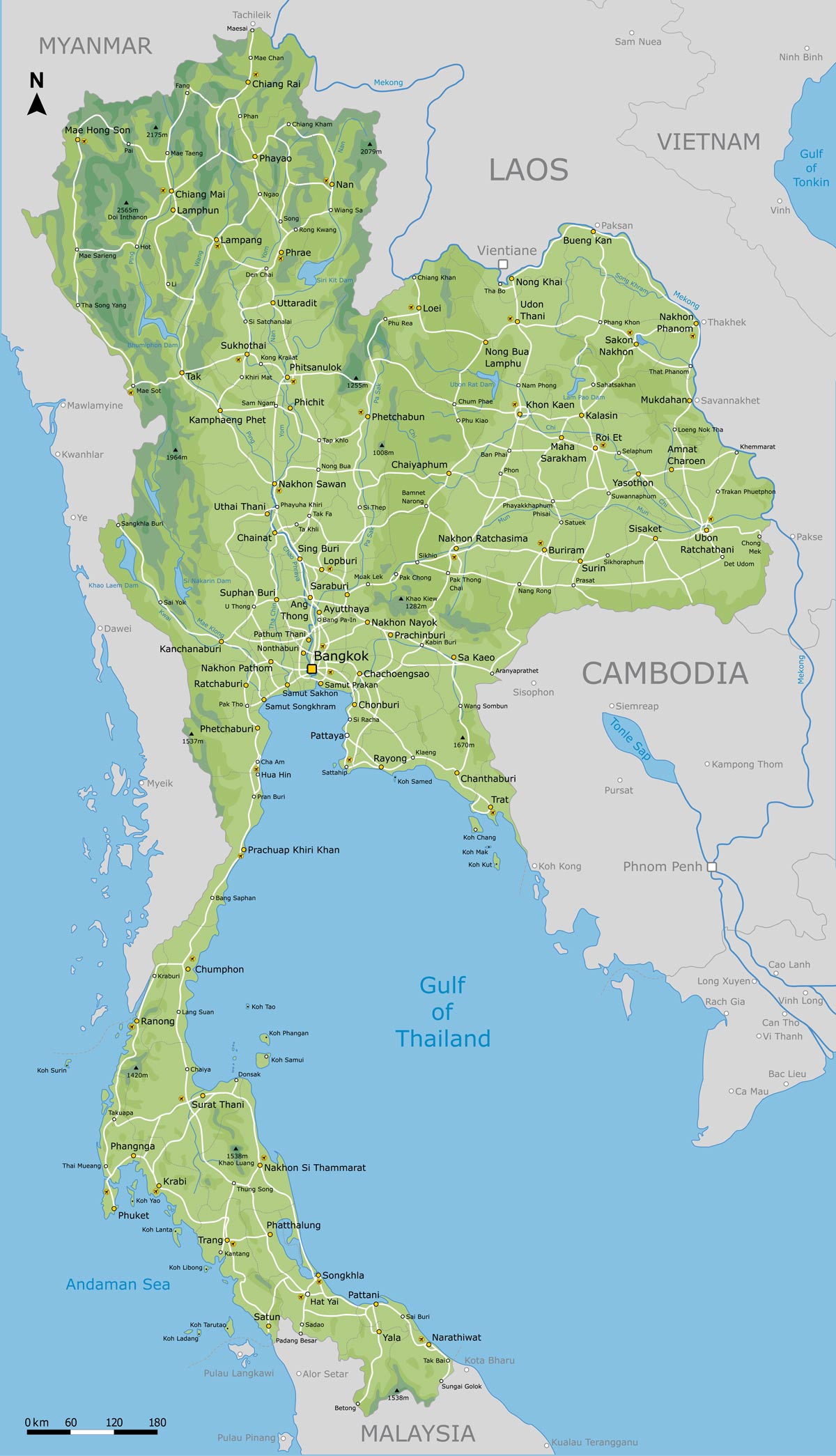 A map of Thailand — the military base in Lop Buri is about 93 miles northeast of Bangkok.

While getting oriented, I spent some time with the S-2 officer after hours and asked about insurgent activities in Thailand. He suggested I visit MACTHAI in Bangkok and do some research on my own. I did just that and learned from classified documents that the Communist Thai in the north east were going to villages, assassinating the village chiefs and anyone else in authority in the village, sending some young villagers to either North Vietnam or China for indoctrination, and then having these indoctrinated youth take over running the village. I also learned that our A team in Nam Pung Dam in the north east had to move their drop zone because they were getting sniper fire on training jumps.

I felt that a dental civic action program might work in Thailand and wanted to find out what would be required to set one up. Advantages with dental civic action is once you visit the village, you don’t have to return because extractions solve the problem. I also knew the 46th had a civilian contractor building schools near the villages, which gave us the opportunity to visit a village school, lecture the children and perform emergency treatment on the students and afterward anyone else that needed treatment; and there was a lot of that. 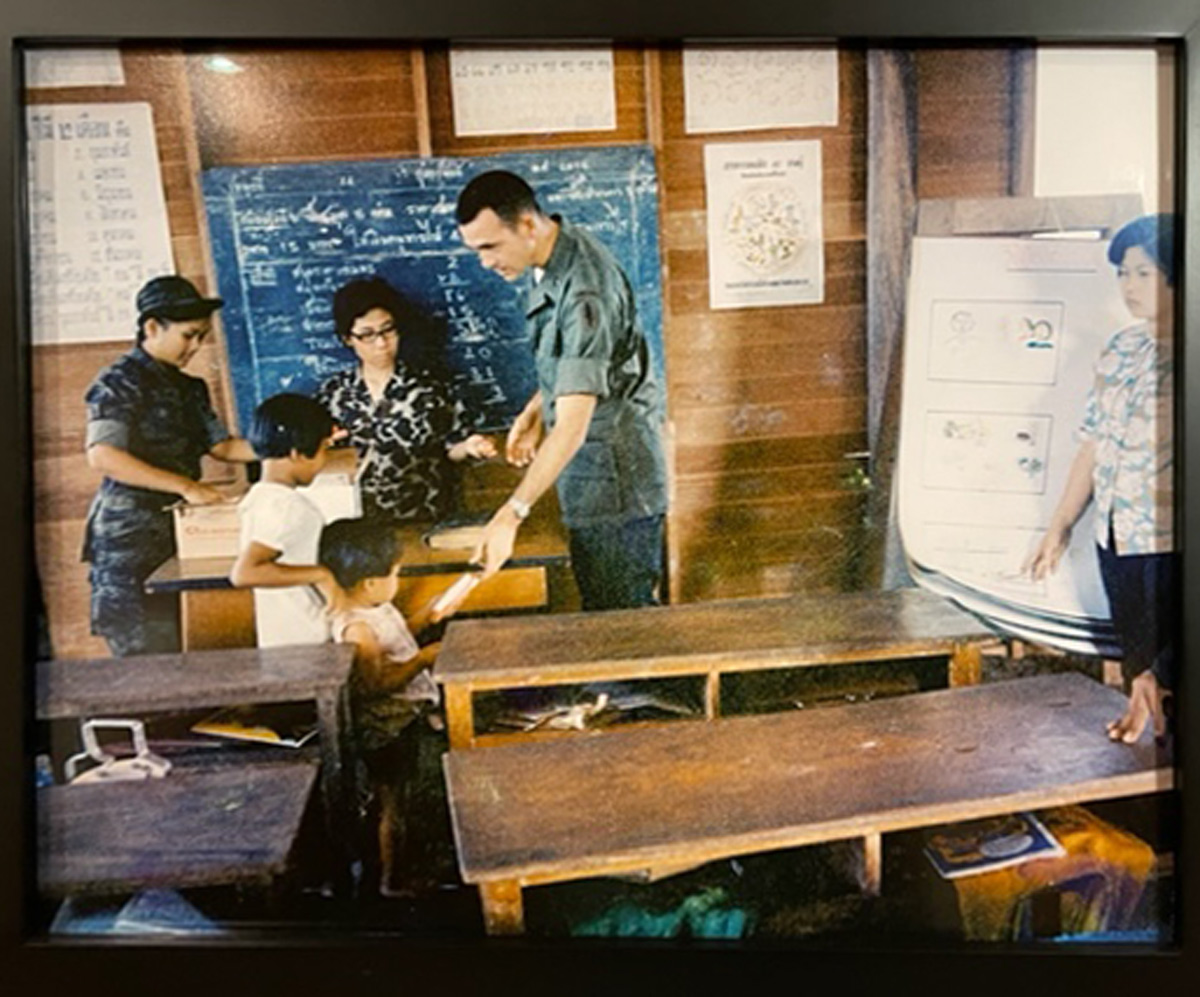 Students at village schools would attend a lecture about dental care after which they received a tube of toothpaste and a toothbrush. (Photo courtesy Bob Reed)

I had our clinic sergeant help me get in touch with the Thai Army Hospital in Lop Buri and arrange a meeting with the hospital dentist, a Thai LTC, Col. Vivat. Fortunately for me his English was excellent. I told him what I wanted to do, and he thought it was a great idea and would help any way he could.

I then visited the Colgate East Asia headquarters in Bangkok and was told they would give me all the toothpaste and toothbrushes I needed. Just send a truck down, and they would load it up. When we ran out, go back for more. Based on this, I felt we could lecture to the students, give each a tube of toothpaste and a toothbrush after our morning dental lecture. We would then examine each student, perform any emergency treatment needed in the morning, and treat any villagers in the afternoon.

After getting our needed supplies, I elected to do the first dentcap on my own. With help from our Thai staff, we found a local village, told them what we wanted to do, got our PR cameraman and my dental staff, and out we went. My dental staff did the lecture with me standing in front of a big wooden sign I had painted the picture of a tooth on. I am talking, staff is translating and wind blew the sign on my head. Everyone laughed, I was embarrassed, but the day went well. So we planned on doing a dentcap every Wednesday, and I did just that until I came home. 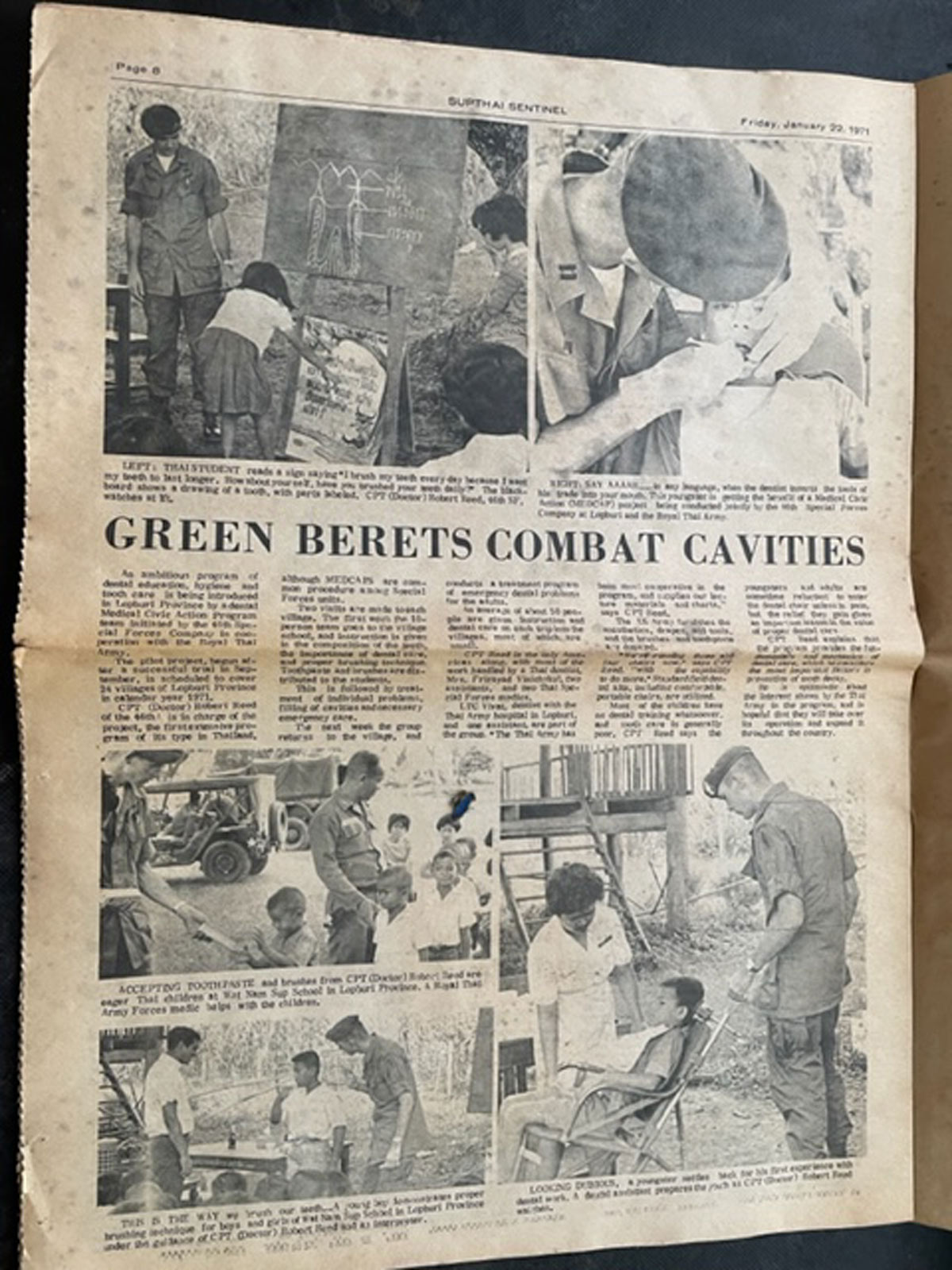 The dentcaps were so successful we had villages contacting the Thai hospital, asking if their village could be next. When a village was selected, the bamboo telegraph must have worked pretty well because we had people walking for days just to get there for treatment. The villages were so grateful for our visits that they prepared for a huge lunch for all of us with hot soft drinks because where we were there was no electricity. The food was great. I never became ill, and those Wednesdays were the highlight of my week, and really my tour.

My boss, LTC Paul Combs loved what I was doing because, as noted above, the 46th was doing a lot of highly classified training. When media, politicians or other military visited Lop Buri he could talk about the dentcap and not have to deal with what we were really doing and who we were doing it with.

When I left Thailand, I met the dentist who replaced me, but, as far as I know, he did not continue what I started. My friend, Col. Vivat gave me a big going away party, with a gift of a large wooden pointer with .50 cal brass on one end and the bullet, still in the brass, on the other end. I treasure that thing.

In summary, we had put together a successfjul dentcap program working very smoothly. I tried to keep it simple so it could continue throughout the province run by the Thai Army dentist and the Company dentist. I envisioned this dentcap could be run anywhere in Thailand by the Government, the wheel had already been invented. I don’t think the idea was pursued after I left, but I don’t know for sure.

With the help of Bob West (bobwestvideo.com) I’ve made a video which ties all this together really well. The Army visited the 46th, went with me on the dentcap and filmed the whole thing. Originally called “20 minutes of 1971 Thailand,” you can now view this footage on Chapter 78’s YouTube channel, courtesy of Bob West (see below.