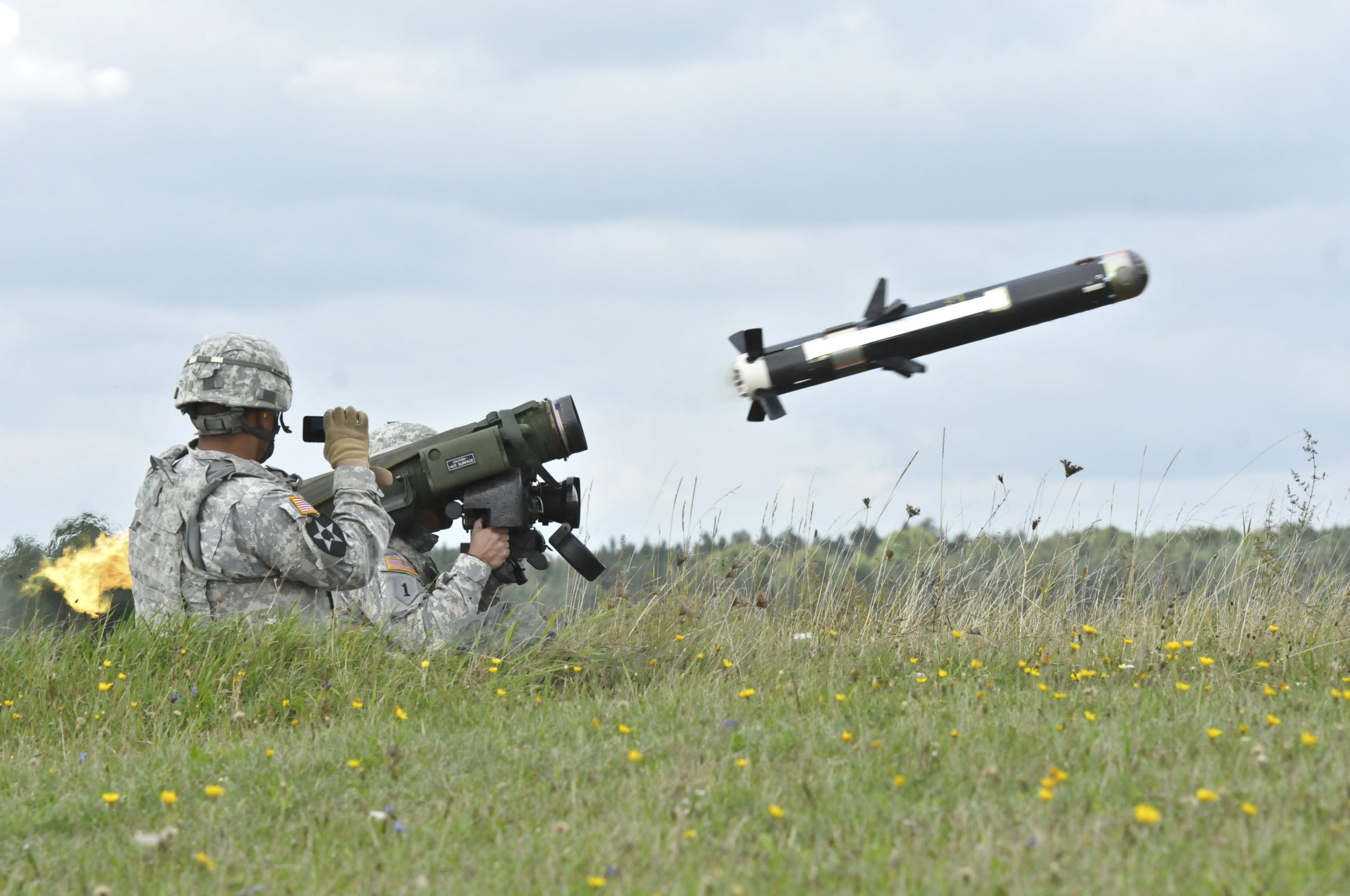 By Jack Murphy
Used with permission from Connecting Vets News posted on March 2, 2022, 7:00 am
https://www.audacy.com/connectingvets/news/inside-the-deadly-javelin-anti-tank-program-in-ukraine

In 2014, the Russian military annexed Crimea in a largely bloodless irregular warfare operation before they invaded and captured parts of Donbas in Eastern Ukraine. The United States military took immediate notice. Prior to the 2014 invasion, the Office of Defense Cooperation out of the U.S. Embassy was providing 5 million dollars in security assistance to the Ukrainian military. A few years later, that figure ballooned to over 350 million dollars.

The Javelin anti-tank missile program in Ukraine has its origins during this period. The fighting has not stopped in Eastern Ukrainian, with Russian-backed separatists in the self-declared Donetsk and Luhansk People’s Republics exchanging fire across the border of the disputed regions on a daily basis. With Russian T-72 tanks harassing Ukrainian positions, their military knocked on the door of the U.S. Embassy asking for one of America’s most notorious anti-tank weapons.

The Javelin has been fielded to the U.S. Military since the mid-1990s however, it came to great notoriety during the 2003 invasion of Iraq when Green Berets from 3rd Special Forces Group pushed across the green line with Peshmerga fighters and engaged an enemy armor battalion. Over the course of several days, ODA 391 and ODA 392 called in airstrikes and fired a total of 19 Javelin missiles at enemy trucks, armored personnel carriers, and T-55 tanks.

Of the 19 missiles fired, 17 resulted in hits. Interestingly, although the manual states that the maximum effective range of the Javelin is 2,000 meters, all of the shots fired during what became known as the Battle of Debecka Pass were over 2,200 meters. The longest shot was 4,200 meters. The Green Berets demonstrated that a small unconventional force could take on an enemy armor unit with the proper mix of ground mobility vehicles, Javelin anti-tank missiles, and close air support. 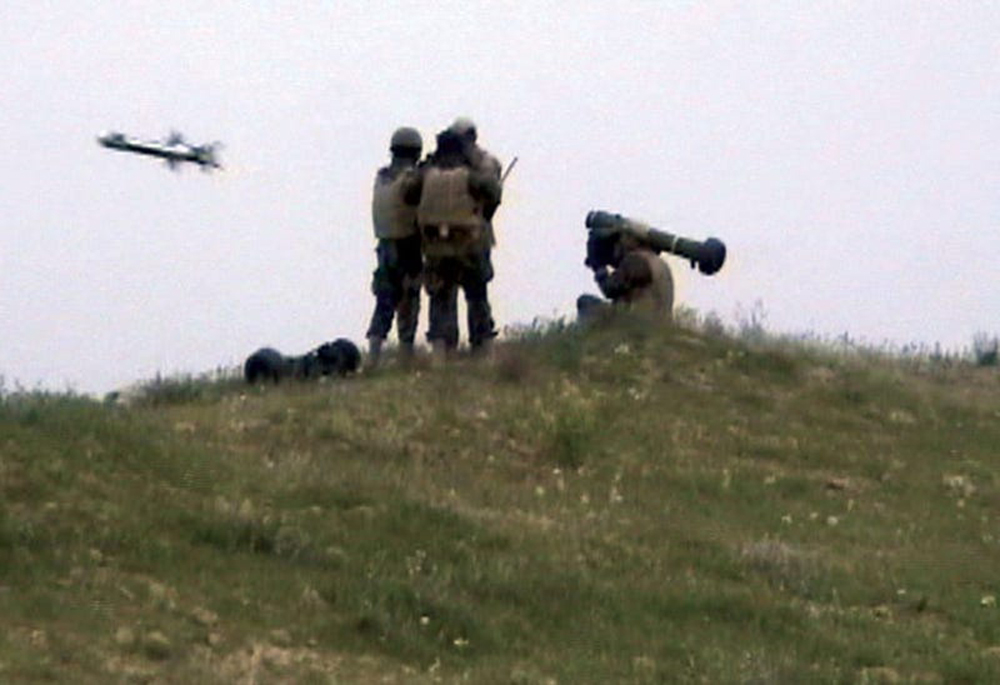 A Javelin missile leaves its launcher during the Battle of Debecka Pass. Photo courtesy of USASOC

By the time the Ukrainians were asking for the Javelin, Congress had already begun earmarking funds in the National Defense Authorization Act (NDAA) to help the Ukrainians counter Russia. NATO was also involved, and a number of different countries were taking responsibility for improving and modernizing the Ukrainian military.

Every U.S. Embassy has two military offices, the Defense Attache run by the Defense Intelligence Agency and the Office of Defense Cooperation (ODC), which can act as a type of storefront for countries to request and purchase military equipment. In other cases, such as in Ukraine where funds had already been allocated, ODC would facilitate the transfer of weapons and equipment. This office would oversee what used to be called 1207 programs paid for by the Department of Defense and the State Department, but are now consolidated under what is known as Section 333, coming out of the Title 10 DOD budget.

ODC and NATO efforts to reform the Ukrainian military were largely successful, although the trainers felt they were struggling against a post-Soviet military culture, according to a U.S. Military official familiar with the programs. In order to encourage continued reforms, funding and weapons were disbursed in tranches, with each conditional on additional improvements. Some of these conditions were blown off by anxious Senators who wanted immediate military aid funneled into the country, the military official explained.

ODC turned over to the Ukrainian military night vision systems, humvees, and military radios, as well as specialized radar systems. But the request for Javelins was controversial amongst U.S. Military and NATO allies. “This begins a 15 month, 2 administration debate about if we can do this or will it provoke Putin,” the U.S. Military official told Connecting vets.

Before moving on, it may be useful to explain exactly what the Javelin is. 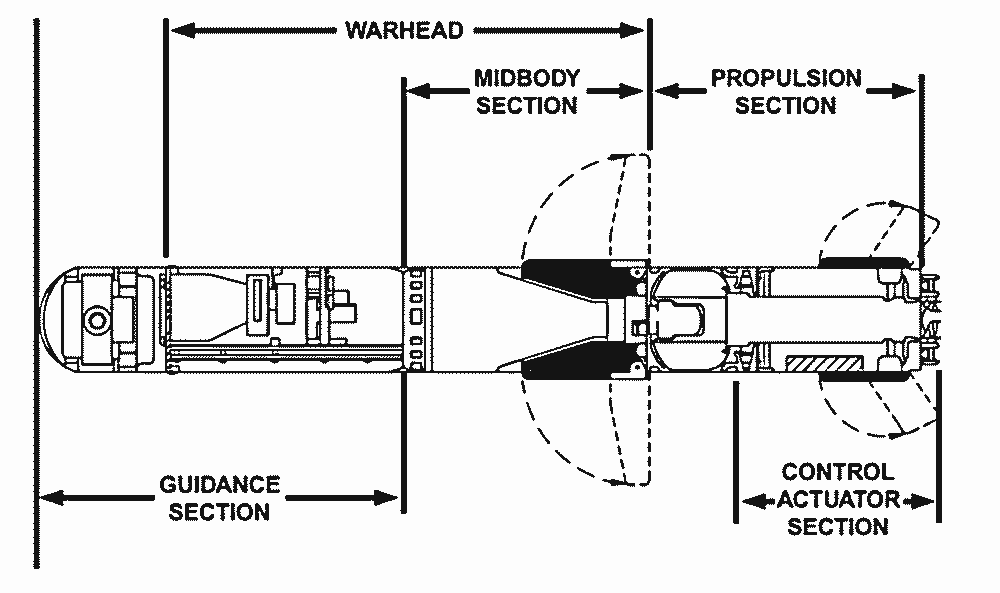 The FGM-148 Javelin consists of two separate components, the reusable Command Launch Unit (CLU) and the launch tube that houses the missile itself. The CLU consists of a body with a day site, thermal sight, hand grips, battery compartment, firing mechanism, and the interface that actually attaches the CLU to the launch.

To fire the Javelin, the user inserts a 5590 battery into the CLU to power it and places the launch tube to their side. The CLU is than turned upside down and connects the round interface connector at the top of the CLU to the metal hooks that receive it on the launch tube. Once locked in place, the entire system is rotated and hefted onto the soldier’s shoulder. The forward end cap on the launch tube is removed and the lens cover on the CLU is lowered.

The soldier then looks into the CLU’s viewfinder and begins to identify targets on the battlefield. With an official maximum range of 2,000 meters, the thermal sight on the system helps the soldier pick out targets at night as well as through smoke and haze. Once an enemy armored vehicle has been identified, four-track gates inside the viewfinder are positioned over the vehicle to lock on to it.

The default mode of the Javelin missile is to fire in top attack mode which strikes the top of the vehicle, but the soldier can select the direct fire mode if the target is under overhead cover or to shoot down enemy helicopters. Locked onto a target, with the appropriate mode selected, the soldier squeezes the trigger on the handgrip to fire the missile.

The launch motor pushes the missile out of the launch tube before the flight motor kicks in and the missile takes off into the sky above the battlefield en route to the target that the soldier locked on to. As a fire and forget weapon, the soldier can now load a new launch tube and search for additional targets.

Meanwhile, small wings are deployed from the missile while in flight to help with stabilization as the guidance section tracks the enemy armored vehicle on the ground and transmits flight information. The guidance head on the missile continues to track the enemy armor as it moves across the battlefield while the missile maintains altitude until the flight control wings on cause it to angle downward towards the vehicle, striking from above where tanks and armored personnel carriers have the least armor.

The warhead on the missile has a precursor charge that detonates first to explode any reactive armor that the vehicle may be outfitted with before the main charges explode on impact, penetrating the hull of the vehicle.

The Javelin can be employed by a single soldier, but others will be needed to carry additional launch tubes, with each weighing about 35 pounds. These soldiers could be attached to an infantry unit to provide an anti-armor capability, but can work best when a number of Javelin teams are brought to together to form an anti-tank hunter/killer team that can provide mutually supporting fires on the battlefield.

This multiple exposure photo of the firing of a Javelin demonstrates the multiple stages the missile goes through after it is fired. (U.S. Army National Guard photo illustration by Spc. Jovi Prevot)

Trainees can be taught how to fire the Javelin using the Basic Skills Trainer which consists of an inert Javelin system connected to a computer that transmits various scenarios into the CLU. Using this trainer, soldiers can be put through hundreds of different simulated scenarios where they have to rapidly load launch tubes, identify targets, lock on to them, fire, and then reload and reengage.

In 2015 and 2016, officials were still debating the merits of giving the Ukrainian military the Javelin for fears that it could provoke another Russian invasion. Bureaucrats argued amongst themselves as to how to mitigate the risk by engaging in games of semantics.

A deal was worked out that they would call it defensive aid, with the prerequisite that the Ukrainians could only use it if fired upon first. Also, the weapon systems would be locked up in a secure facility, and only issued out to the military during an emergency. The Ukrainians shrugged off the conditions and dully agreed.

The first shipment of Javelins arrived in 2018, the weapons systems along with a training and sustainment block (called the Total Package Approach) totaling somewhere around 75 million dollars. “It takes like 18 months to get shit approved, then it spends six months on a boat,” the U.S. Military official complained, saying that we are way behind in providing training in assistance when other countries go to Russia and request fighter jets or helicopters and get them in a couple of weeks. 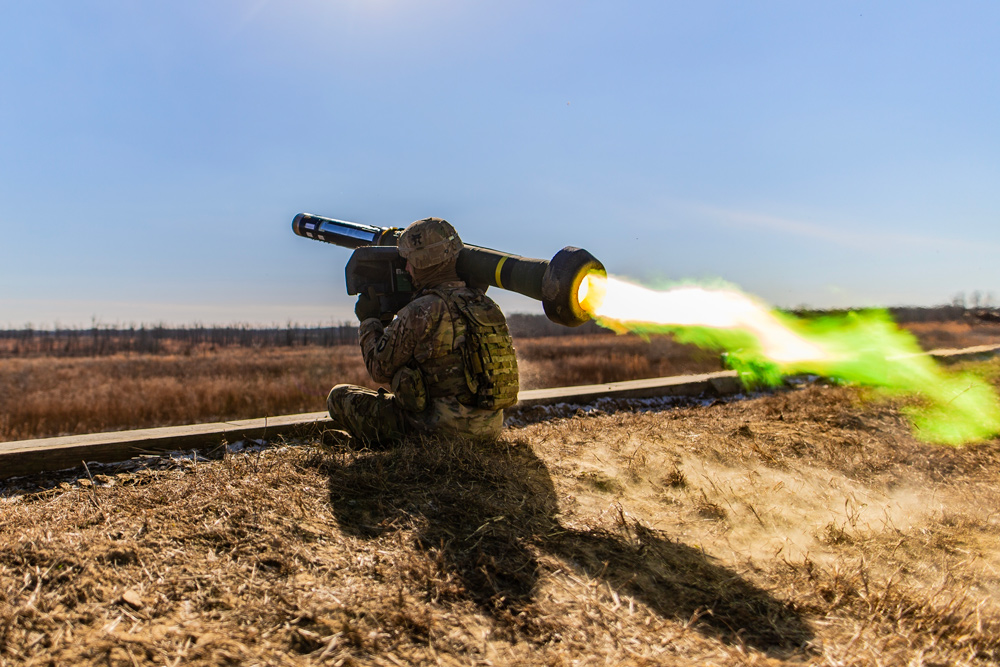 But the first shipment did arrive, and initial training was conducted by a contractor from Lockheed before the training program was taken over by the Security Assistance Training Management Organization (SATMO). This little-known organization has Warrant Officers, Master Gunners, and others on staff specifically to train foreign partner forces. Working with the Ukrainian military for six years, SATMO delivered an additional 200,000 pounds of lethal military aid to Ukraine in late 2021.

As the Russians learned that Ukraine now had Javelins, their T-72 tanks in Donbas became less aggressive, and pulled further back from the frontlines, the U.S. military official said.

Eventually, the Multinational Training Group-Ukraine was established in the Western part of the country, where battalions and then entire brigades were trained by the U.S. Military on a quarterly basis. Part of that training also included learning how to use the Javelin.

The U.S. Military source that Connecting Vets spoke to stated that the intelligence community was concerned about Russian troops on Ukraine’s borders starting in the summer of 2021 and that the Javelins themselves were likely taken out of the storage facility and issued to units that fall. With war breaking out in late February, initial reports indicate a weak Russian performance during the opening salvo of their campaign.

However, the numbers of tanks killed by Ukrainian soldiers, with the Javelin or other anti-tank weapons, are difficult to take seriously. Mostly appearing on social media, these numbers are likely to be exaggerated by the Ukrainians and downplayed by the Russians. The usual fog of war makes it even more difficult to ascertain accurate numbers.

However, a U.S. Special Operations official monitoring the conflict in Ukraine told Connecting Vets that he had seen estimates of 280 Russian armored vehicles taken out by the Javelin as of this writing, out of 300 total missiles fired.

ABOUT THE AUTHOR — Jack Murphy served in 3rd Ranger Battalion and 5th Special Forces Group, deploying to Afghanistan and Iraq as a sniper, gun team leader, and senior weapons sergeant on a military free fall team. Since graduating from Columbia University with a degree in political science in 2014, he has worked as an investigative journalist.

Murphy has reported on the ground from conflicts around the world getting smuggled into Syria with Kurdish guerrillas early on during the civil war, embedding with the Peshmerga during combat against ISIS in Iraq, and traveled from Manila to Tawi Tawi interviewing members of Philippine Special Operations Forces. He reports extensively on clandestine and covert operations.

Kenn Miller reviewed his memoir, Murphy’s Law in 2019 in the December 2019 Sentinel, which also featured an excerpt from the book. He has also written a series of action-adventure novels and had made numerous television appearances on national news outlets as a subject matter expert. His work has appeared on Connecting Vets, Stars and Stripes, and Yahoo News. Additionally, he currently co-hosts the podcast The Team House (a “Featured Channel” on Chapter 78’s YouTube channel and available at other major sources for podcasts).