The following is excerpted from the USASOC Historian’s Office article penned by Christopher E. Howard. The article shows the continuous development of today’s US Army Special Operations Forces from the origins of ARSOF in Psychological Operations. Virtually every aspect of today’s modern Special Operations has its roots in the original PSYOP concepts and organization. It is a rich historical tapestry which we now celebrate after seven decades of growth and success.

In April 1952, with war raging on the Korean Peninsula and Cold War divides deepening globally, the U.S. Army formally established the Psychological Warfare (Psywar) Center at Fort Bragg, North Carolina. Assigned to the Third U.S. Army, the Psywar Center absorbed all psywar-related functions and personnel previously located at Fort Riley, Kansas. Then-Brigadier General Robert A. McClure, the Army’s Chief of Psywar, selected Colonel Charles H. Karlstad as the Center’s first commander. A combat veteran of two World Wars, and former Chief of Staff of the Infantry Center at Fort Benning, Georgia, Karlstad was the right man for the job. 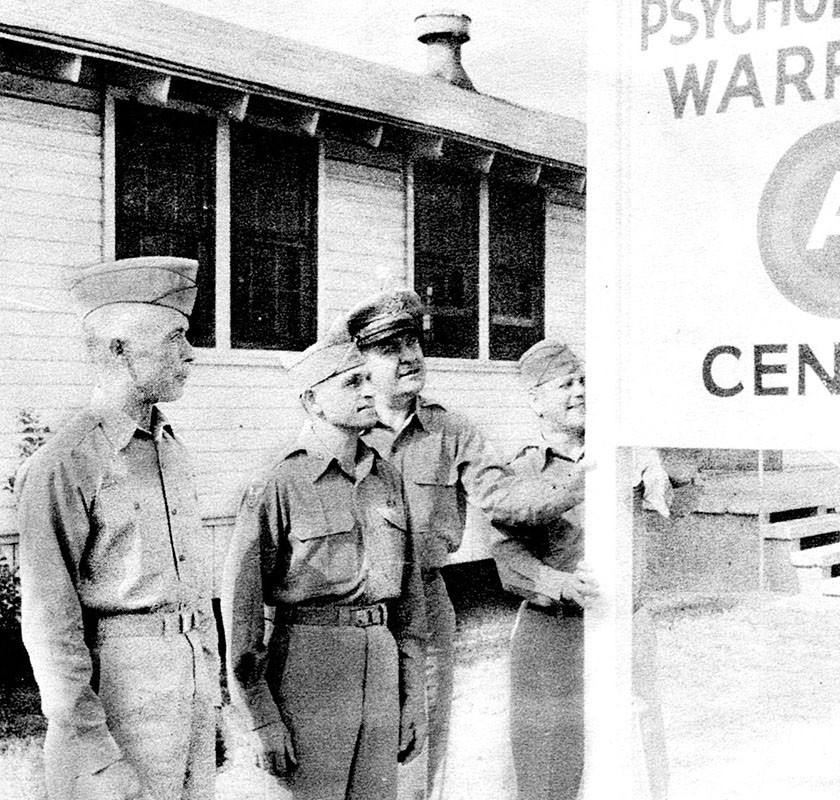 The 10th Special Forces (SF) Group was born in June 1952 at Fort Bragg, NC. In 1955, the 10th Group adopted the Trojan Horse Badge, designed by assistant S-3 and “A” team leader Capt. Roger M Pezzelle while he served with 10th Group in Bad Tölz, Germany. They began wearing the badge on their Green Berets in 1956. It adorned their berets until 1962 when it was replaced by the SF distinctive unit insignia and beret flash (below right).

Read the more about this story at
https://arsofhistory.org/articles/v5n4_trojan_horse_page_1.html 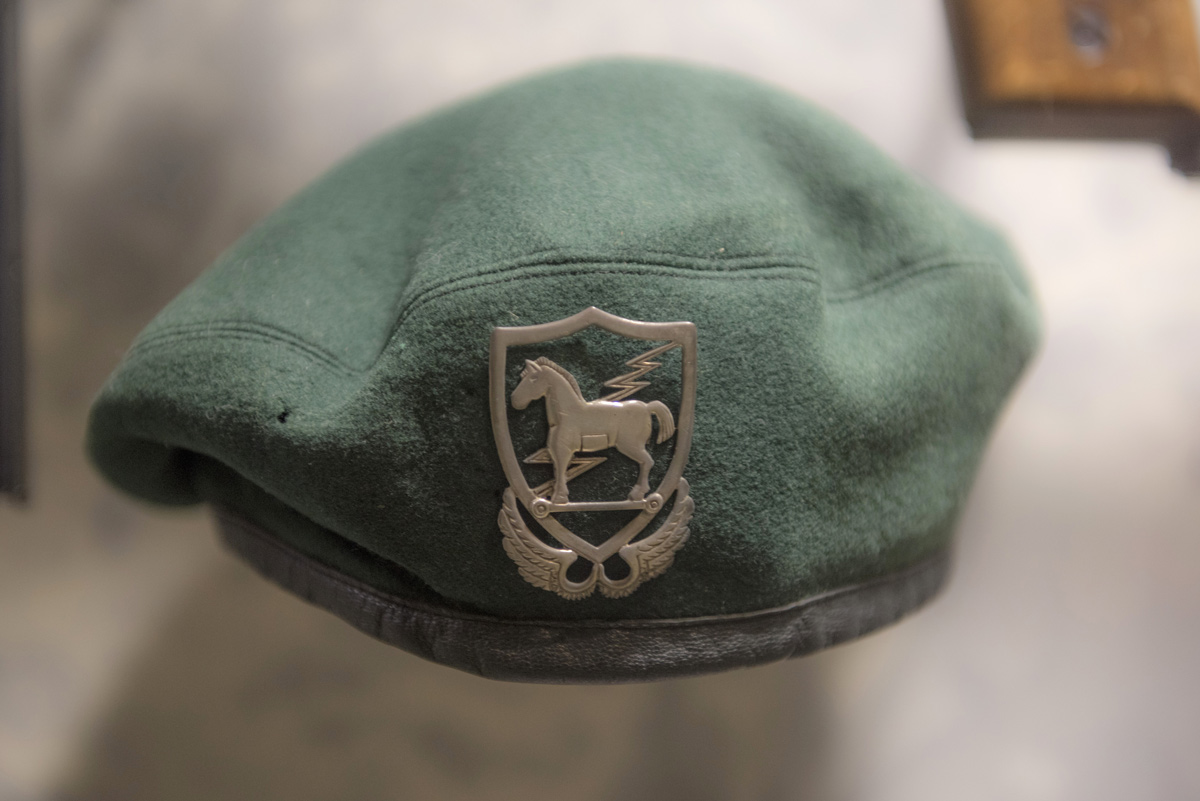 Members of the 10th Special Forces Group, “The Originals” trace their origins back to June 1952 at Fort Bragg. They adopted the Trojan Horse Badge in 1955 and adorned their Green Berets with them. The emblem design was by Capt. Roger M Pezzelle. (U.S. Army) 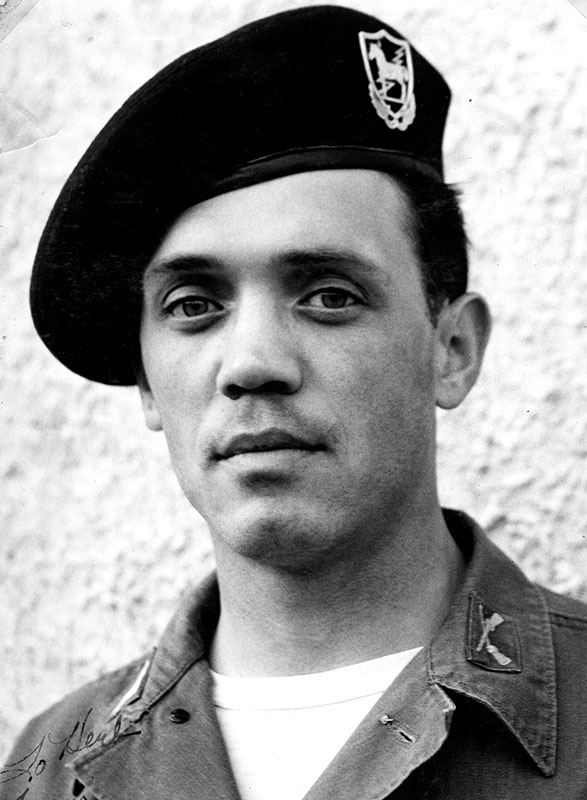 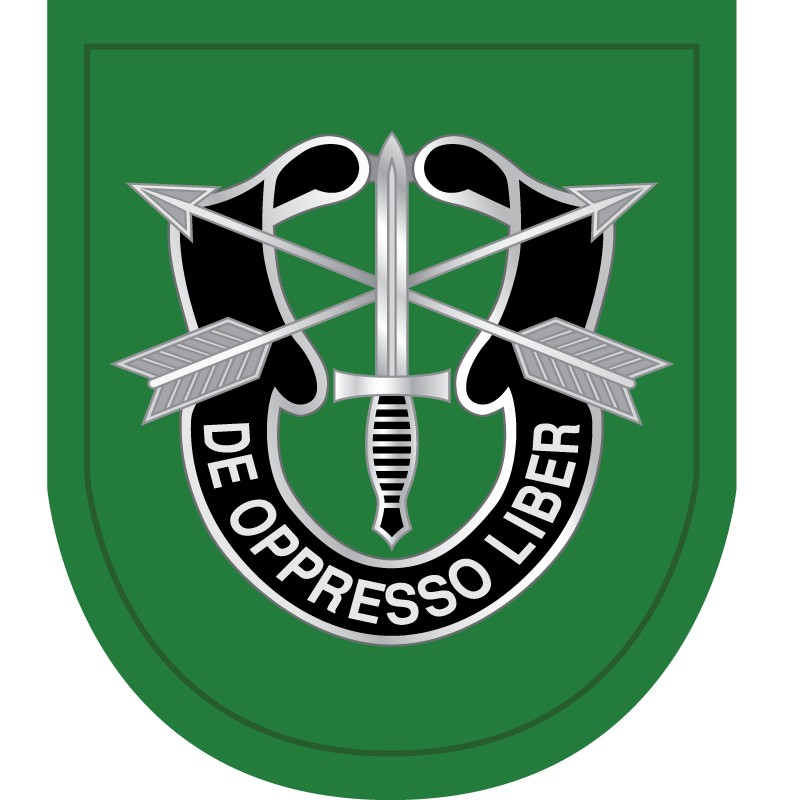 Beginning in 1962, the 10th Group adorned their berets with the distinctive SF unit insignia and beret flash.

During the early 1960s, the Special Warfare Center and School grew in response to the massive expansion of SF and increasing U.S. involvement in Vietnam. Much of this growth occurred under the leadership of Brigadier General William P. Yarborough. The Center added counterinsurgency operations courses and created an Advanced Training Committee to develop methods of infiltration and exfiltration, such as military freefall and underwater operations.

In 1964, the Center was redesignated as the U.S. Army John F. Kennedy Special Warfare Center. This was to memorialize the recently slain President, who was an avid supporter of Army Special Operations Forces (ARSOF). A year later, the Center consolidated all unit-level dive training into the SF Underwater Operations course, conducted at Key West, Florida. In May 1969, the Center was renamed the U.S. Army John F. Kennedy Center for Military Assistance, and the School was renamed the U.S. Army Institute for Military Assistance.

On September 15, 1971, the U.S. Army Civil Affairs School transferred from Fort Gordon, Georgia to Fort Bragg, coming under the Center, alongside SF and PSYOP. A year later, the Center was assigned to the new U.S. Army Training and Doctrine Command (TRADOC), becoming the Army’s proponent for ARSOF.

Meanwhile, SF regrouped amid post-Vietnam War force reductions, refining its mission and how it trained. One result of this was the implementation of the Robin Sage UW exercise in 1974, which replaced earlier UW exercises such as Operation Snowdrop, Cherokee Trail, and Gobbler’s Woods.

The 1980s were a period of revitalization and transformation for ARSOF, and the Center was deeply involved in this process. In 1982, it became an independent TRADOC activity, under the name U.S. Army John F. Kennedy Special Warfare Center. Concurrently, the Army activated 1st Special Operations Command, which assumed command of operational ARSOF units, allowing the Center to focus on special operations training and doctrine.

In the two decades since the 9/11 terrorist attacks on the United States, USAJFKSWCS expanded and evolved to meet the growing demand for ARSOF, imposed by the Global War on Terrorism. Organizational changes included the activation of the Special Warfare Medical Group (SWMG); the creation of the Special Warfare Education Group and SF Warrant Officer Institute (SFWOI); and the activation of additional battalions under 1st SWTG.

Additionally, CA and PSYOP instituted their own assessment and selection courses, modeled off SFAS. In 2012, the Army designated USAJFKSWCS as the U.S. Army Special Operations Center of Excellence.