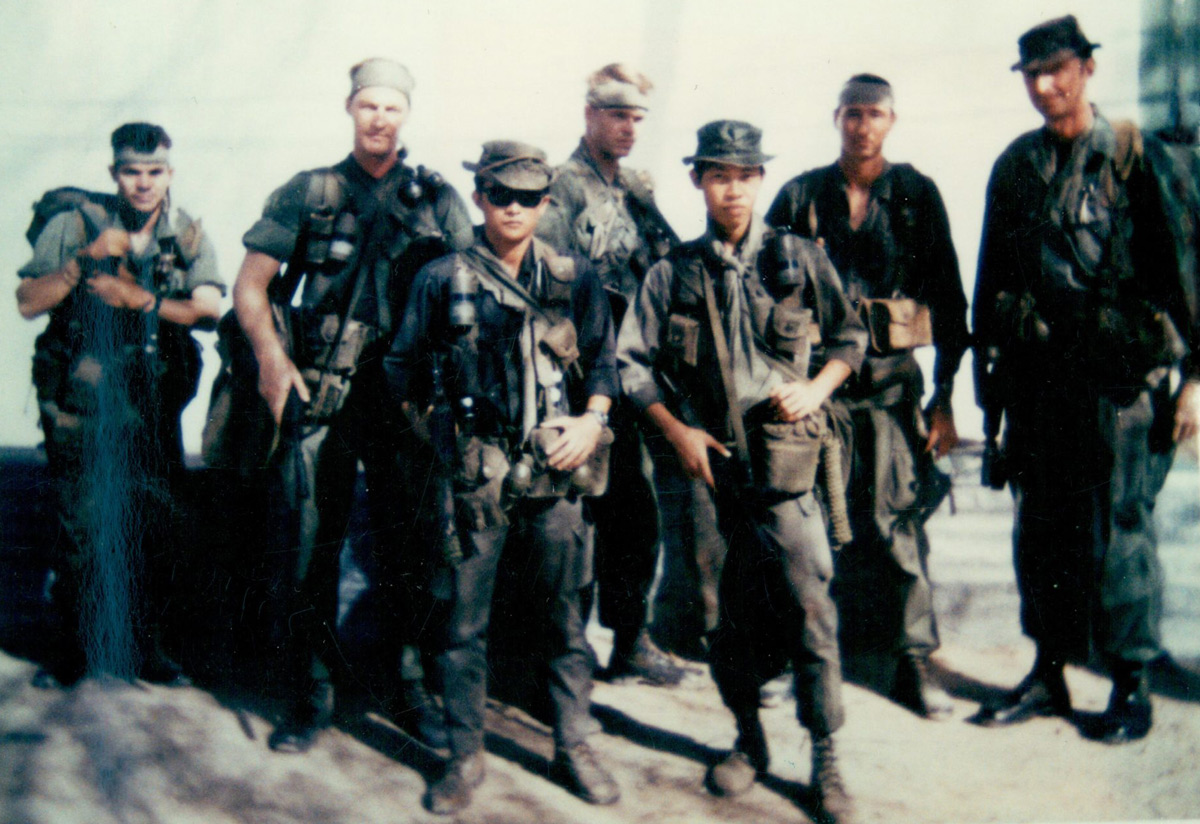 On Christmas Day, 1968, American families woke up to festooned houses and presents under the tree. But thousands of miles away in Southeast Asia, a small special operations team was fighting for its life.

Part of a covert special operations organization, the Military Assistance Command Vietnam-Studies and Observation Group (MACV-SOG), the small team had gone into Laos on a classified mission. It ended up being a very special MACV-SOG Christmas.

U.S. troops weren’t supposed to be fighting outside South Vietnam, but the realities of the war and North Vietnam’s use of neighboring Cambodia and Laos as staging bases for attacks in the south meant that American commandos had to go there too.

Search and Destroy Deep in Laos

ST Idaho was an experienced recon team that had run several cross-border operations. Only a month earlier, the team had survived a mission against all odds. ST Idaho had gone in Cambodia looking for three North Vietnamese divisions, a total of 30,000 men, that had gone missing. The SOG operators ended up finding the missing divisions but almost exchanged their discovery for their lives, barely making it out at the very last moment.

On Christmas 1968, ST Idaho was tasked with going into Laos with an important mission. The primary mission objective of ST Idaho was to locate and destroy a fuel pipeline inside Laos. The SOG commandos were tasked “at the minimum [to] blow up as much of the pipeline as possible,” Meyer told Sandboxx News, with a secondary objective to locate and destroy any pump stations that they could find.

Although SOG recon teams relied heavily on Air Force special operations helicopter squadrons for their insertions, as the war progressed, they depended increasingly more on an elite cadre of South Vietnamese pilots who risked everything to infiltrate and exfiltrate recon teams even from hot landing zones.

Flying the venerable H-34 Kingbee helicopter, these pilots would fly in almost any condition to save their beloved SOG commandos. That bond of trust and comradeship remains to this day, with veteran South Vietnamese pilots attending SOG reunions.

“Our beloved [South Vietnamese] Kingbee pilots were critical to our missions. During the end of ’68 and early ’69 they were our primary insertion/extraction support into Laos, North Vietnam for RT Idaho. Kingbee Pilot An described how he could fly at night, as he did for Lynne Black’s Oct. ’69 Brightlight, because he was familiar with the terrain after flying so many missions across the fence into Laos,” John Stryker Meyer told Sandboxx News.

Meyer has written extensively about his and others’ experiences in SOG. His books offer a rare first-person view inside America’s secret war in Indochina.

On the Christmas Day mission, ST Idaho would rely on the 219th South Vietnamese Air Force to insert in and extract them from Laos. Due to the existence of a potent anti-aircraft umbrella in the area — a SOG helicopter had gone down with all hands a few weeks prior — the Kingbees would fly nap-of-the-earth. On the one hand, this approach protected the chopper from ground fire, but on the other, it made it easier for the enemy to hear them.

The usual approach was to fly at a very high altitude and descend rapidly once over the landing zone. Moreover, the operational geography prevented fixed-wing aircraft from supporting the team. 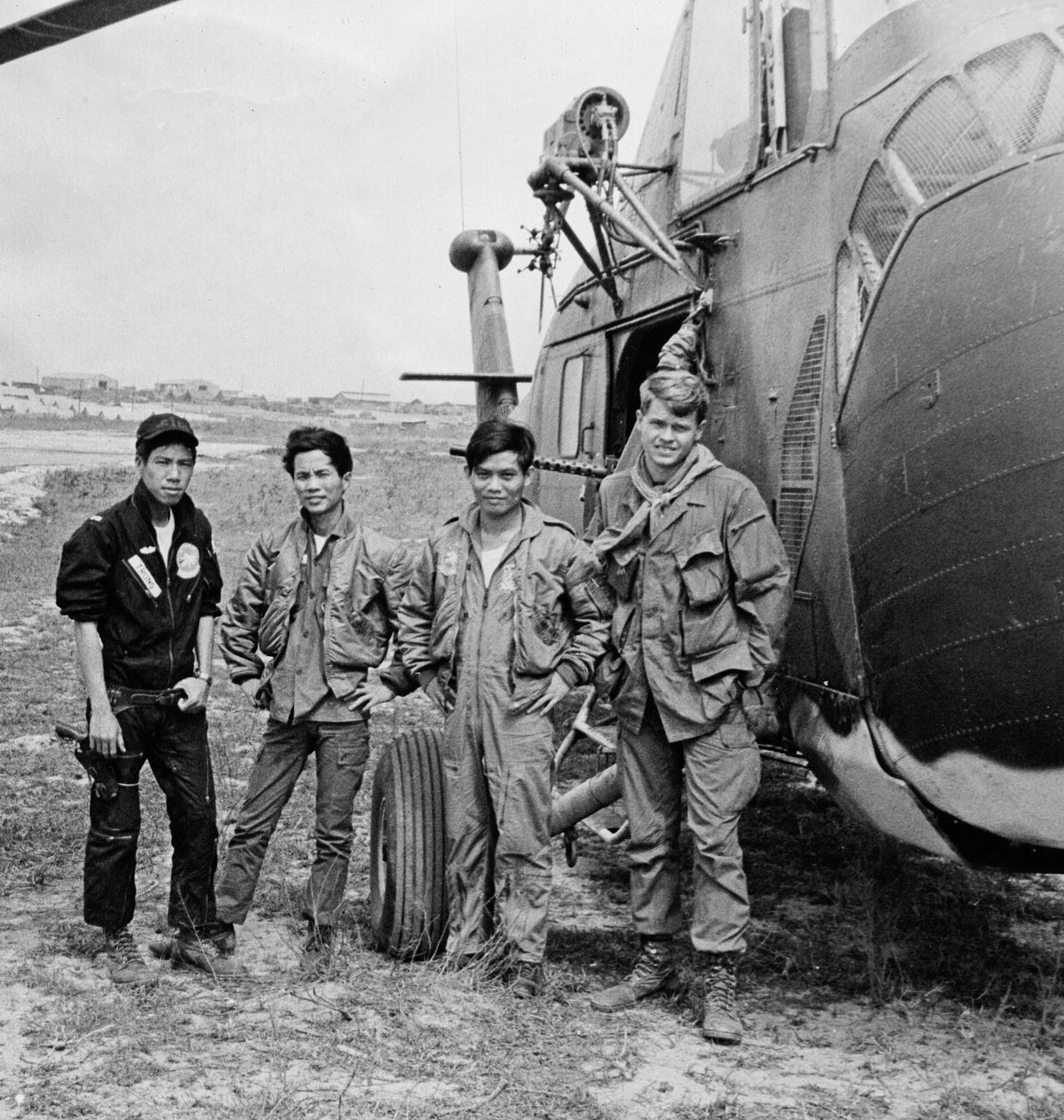 A Christmas to Never Forget

ST Idaho’s concerns about getting spotted by the enemy turned out to be true. As they approached the landing zone at a very low altitude, they noticed a few locals spotting them. Although these hill tribesmen weren’t North Vietnamese, they often cooperated with them out of necessity.

Despite getting spotted, ST Idaho went ahead with its mission.

The H-34 Kingbee put the team on a knoll inside a canyon surrounded by mountains. The SOG commandos immediately noticed that a thick, 10-feet tall blanket of elephant grass covered the area. The vegetation made their going very slow as they looked for a place to bunk down for the night.

As the team was patrolling very slowly to the high ground, the pointman suddenly fired. Everyone hit the deck as a hail of North Vietnamese fire, including rocket-propelled grenades and machine-gun fire, rained on ST Idaho.

There was little merit in continuing with their mission now that the enemy had found them — most probably because of the locals who had spotted them — so Meyer declared a Prairie Fire, vectoring every available aircraft in the region to their position and called for an extraction.

The SOG commandos rushed towards the landing zone to await the incoming H-34 Kingbees. But it was a slow going because of the elephant grass. The special operators could hear noises all around them but the northeast. But Meyer, an experienced team leader, thought it was a ploy to ambush them. His gut feeling was soon proven true when an airborne forward observer spotted massed North Vietnamese troops in that direction.

Although they didn’t know it at the time, ST Idaho had just been saved by another SOG team a few miles away that had intercepted enemy radio transmissions. This was the first and only time a SOG team received tactical intelligence on the field.

ST Idaho continued its path to the landing zone, making sure to avoid the northeast, all the while lobbing grenades wherever they heard noise coming from.

Then, with the helicopters inbound and as they were approaching the landing zone and safety, smoke began engulfing ST Idaho. The North Vietnamese were using the tactical environment to their advantage and were trying to burn the SOG commandos alive or force them to surrender.

In those final moments of their mission, the special operators used everything they had to stop the flames, even going as far as to detonate strips of C-4 explosives to knock the advancing flames back. North Vietnamese troops were just behind the flames, waiting to pounce at the disoriented ST Idaho.

Then, like out of a Hollywood film, the H-34 Kingbees arrived. At first, they had trouble spotting the team and touching down because of the heavy smoke, but the South Vietnamese pilots once more pulled it off and came low enough for the team to climb on board.

Mere moments after they had cleared the landing zone, flames devoured the spot where ST Idaho had only recently been on.

Suffice to say, the SOG commandos were surprised that everyone on the team came out not just alive but without any serious wounds. After surviving such a close call, Meyer remembers that he was astonished that “we were still alive,” wondering to himself that night if he would survive to see his 23rd birthday, which was only a few weeks away.

For Meyer and his team, this was the second close call in a little over a month. But such was the life at MACV-SOG, where the casualty rate exceeded 100 percent.

ABOUT THE AUTHOR — Stavros Atlamazoglou, an associate editor for Sandboxx News, is a journalist and Greek Army veteran (national service with 575th Marines Battalion and Army HQ) who specializes in special operations and national security. He is a graduate of Johns Hopkins University.

ABOUT SANDBOXX NEWS: Established in 2020, Sandboxx News delivers stories from around the world and insights into the U.S. Military’s past, present, and future — delivered through the lens of real veterans, service members, military spouses, and professional journalists.