A Tribute – Chapter 78 Celebrates and Honors the Life of SGM (ret.)Bruce Long

A Tribute: Chapter 78 Celebrates and Honors the Life of 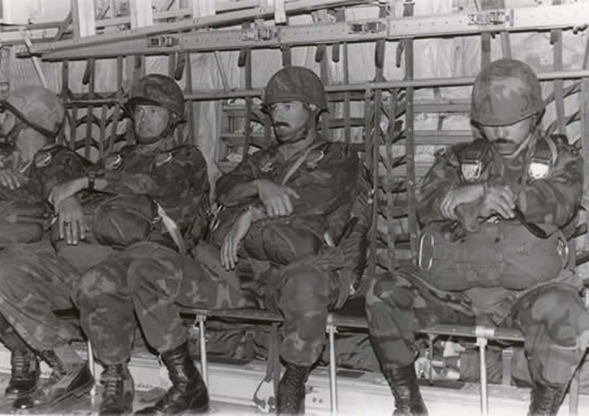 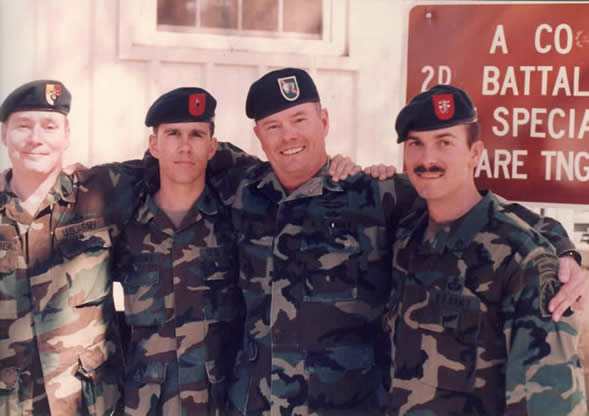 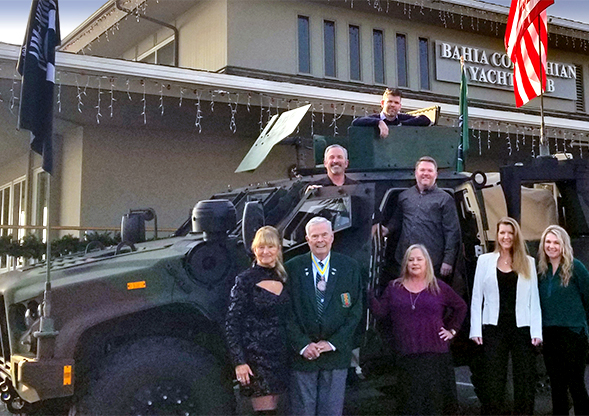 On October 14, 2022, Chapter 78 members, along with family and other friends, said goodbye to SGM (ret.) Bruce Dale Long, former three-term Chapter President. Bruce passed away on September 14, at the age of 80, surrounded by family and friends. He had fought a courageous battle with cancer over the past couple of years, offering an example of how one could face life’s challenges with a smile and determination.

Bruce’s member profile from the Chapter 78 website tells his story:

After his honorable discharge in 1969, he joined the Westminster Police Department, where he went on to become a Detective and a member of their SWAT team. During this nearly 10-year period of his life, he completed his Bachelor of Arts with a Major in Criminal Justice at California State University Fullerton and his Master of Arts at Pepperdine University. He also attended the FBI Training Academy in Quantico, VA.

From the start, he was an active, engaged member of Chapter 78. He became involved in the Chapters efforts to support the Green Beret Foundation, helping to organize and participating in multiple fundraising activities. For example, when the chapter decided to join the major Sporting Arms demonstrations at Raahauge’s Shooting Range in Ontario, CA, Bruce manned the Chapter’s booth, discussing Special Forces history and our goals with members of the community who participated in the weekends activities.

In his first term as Chapter President, inspired by his tenure as SGM in the local Reserve and National Guard SF units, he was instrumental in the establishment of Chapter 78’s relationship with Company C (formerly Company A), 19th Special Forces Group, Airborne. 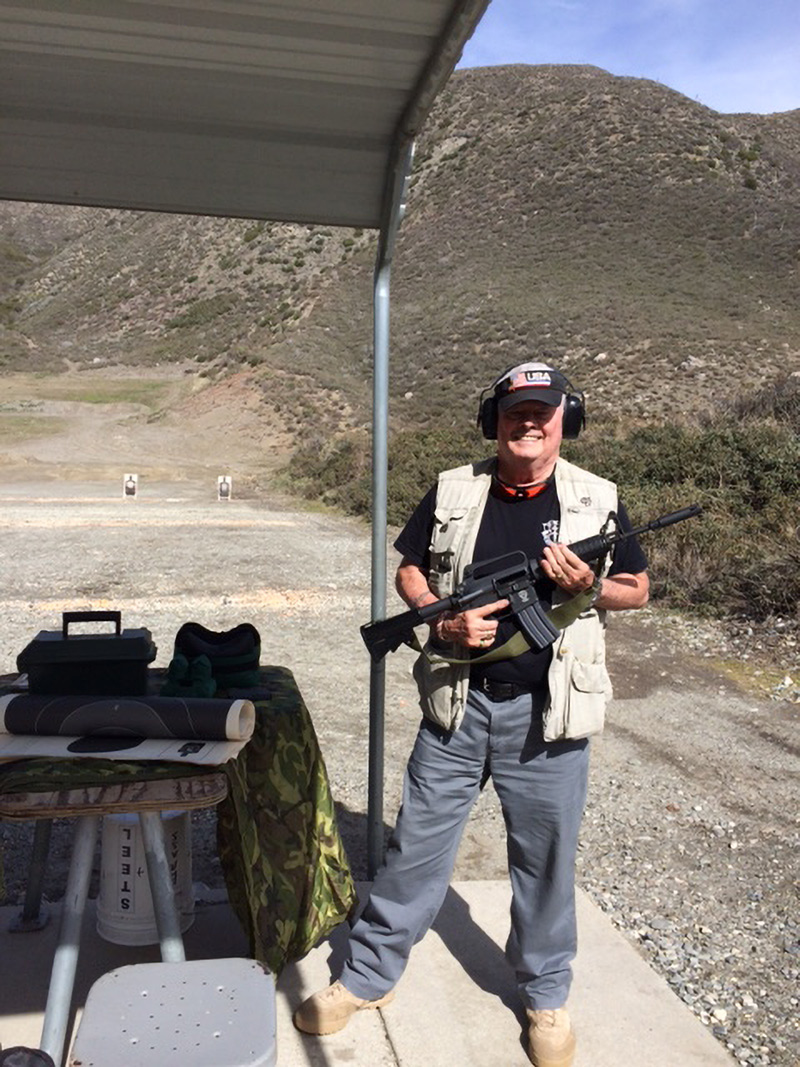 Bruce out on the range. 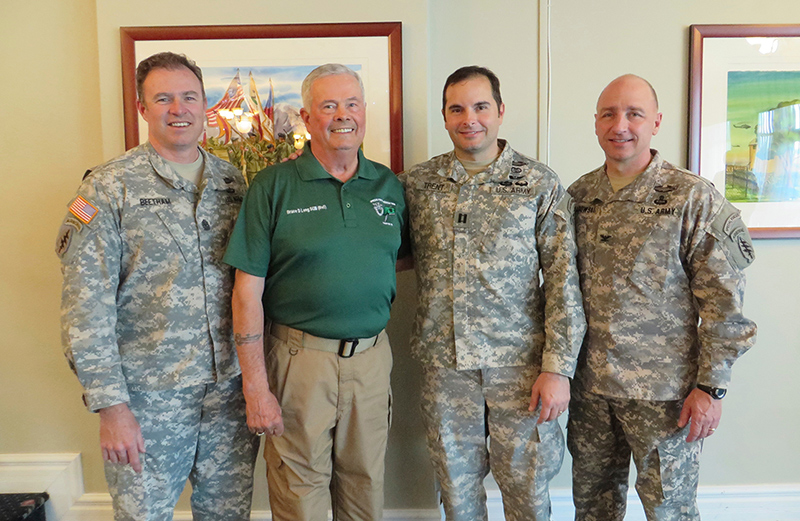 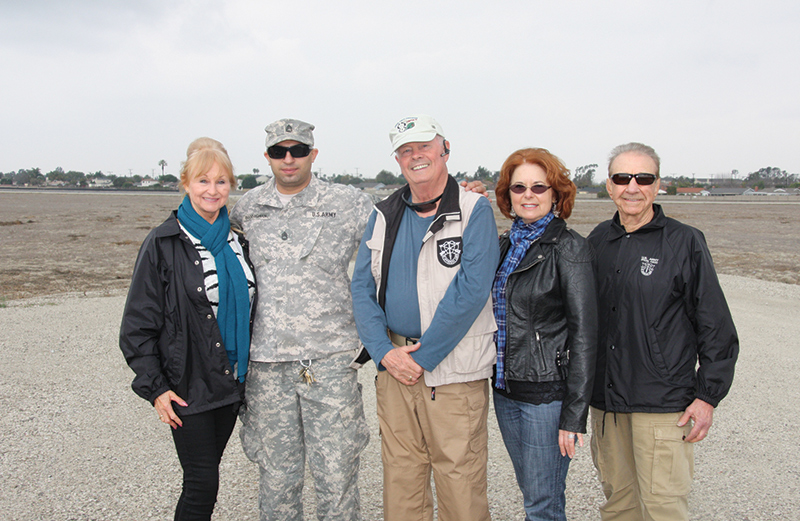 Geri Long, SFC Boodaghian, Bruce Long, Bonnie and Richard Simonian at the Company A of the 19th Special Forces Parachute Jump at the Joint Forces Training Base in Los Alamitos, 2014. 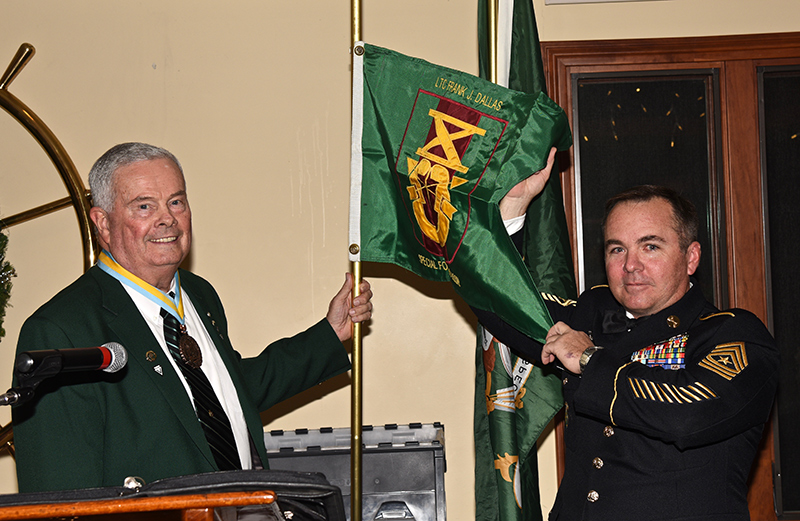 Bruce Long receives a Special Forces Association Guidon made by and given to SFA C-78 from members of A Company, 19th SFG(A). from A Company SGM Hand Eylicio in December 2017. 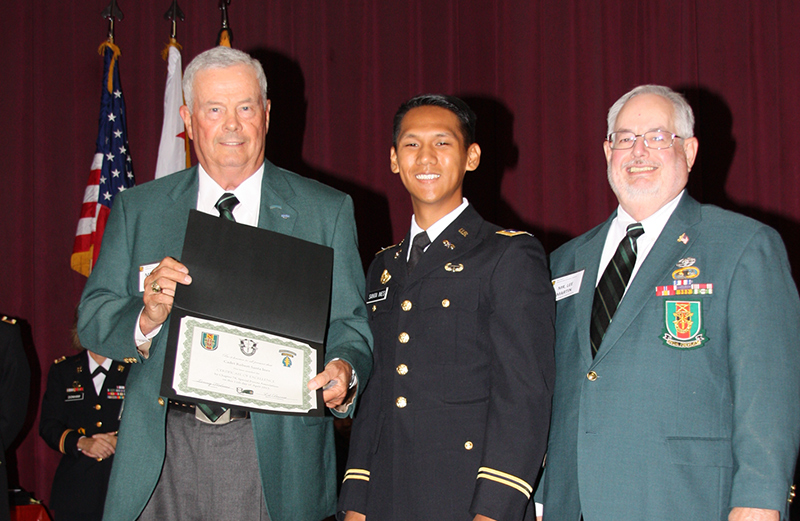 Members of C/1/19th SF presented Bruce Long with a plaque to acknowledge their appreciation of his support over the years. SGM Bruce Long and his wife Geri at the 2021 Chapter 78 Christmas Party.

On the morning of Bruce’s funeral, there were so many in attendance that the procession to the site of his memorial service was at least a half mile long. Even his wife, Geri, was astonished to see so many cars. But, in retrospect, it was not surprising. Bruce’s generosity and kindness touched many lives.

Returning to Bruce’s profile on the Chapter website, he closed his entry with two of his favorite quotes:

“LIFE WITHOUT RISK IS NO LIFE AT ALL”

“I now know why men who have been to war yearn to reunite. Not to tell stories or look at old pictures. Not to laugh or weep. Comrades gather because they long to be with the men who once acted at their best; men who suffered and sacrificed, who suffered and stripped of their humanity.

I did not pick these men. They were delivered by fate and the military. But I know them in a way I know no other men. I have never given anyone such trust. They were willing to guard something more precious than my life. They would have carried my reputation, the memory of me. It was part of the bargain we all made, the reason we were so willing to die for one another. As long as I have memory, I will think of them all, every day. I am sure that when I leave this world, my last thought will be of my family and my comrades…Such good men.”

Former Marine Michael Norman from his book, These Good Men “…we have a very tight bond with A-5-19, that does not come by chance. Bruce and I, and a guy named Alex Larson, and Kris Boodaghian, who is well known, started the SFRE over at 19th group. We decided basically to help them out…And Bruce basically always had this continuing passion to stay connected to SF…Bruce was an extraordinary guy, and he really took care of his guys, he always sacrificed himself for his troops. And I’m a reflection of that as well too.” — Len Fein

“So I knew Bruce for 42 years. He was my team sergeant for, I think, uh, five years when I was with C company, and a very fine leader, he taught me a lot…and he will be sorely missed.” — Al Roth “…what Bruce did [for Chapter 78] by becoming the president was to put it together, to hold it together, and make good things happen…I just think that this Chapter owes him a whole lot for being what it is today…” — Richard Simonian 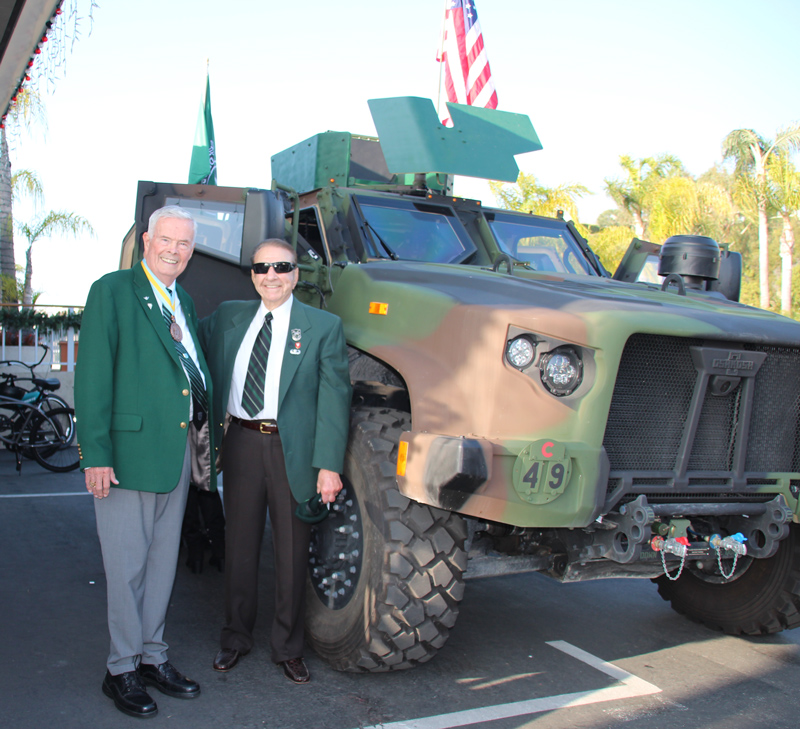 Bruce and Richard Simonian pose in front of the Joint Light Tactical Vehicle (JLTV) at the SFA Chapter 78 2021 Christmas party.

“I had a great time with Bruce…when we started doing the Shooter’s Cup events, I really didn’t know Bruce. He was just another guy. He was so humble…we kind of helped with the organization of the shooting event… And as far as I knew, he was just another grunt…I find out he’s a Sergeant Major! So his humility, went a long ways… but no, I’ll never forget him.” — Mike Keele 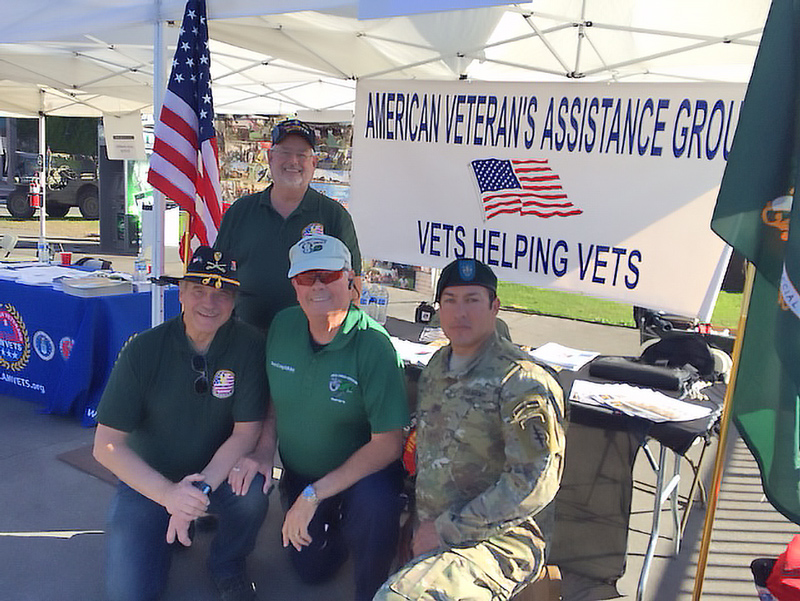 “…with the loss of Bruce…this chapter lost one of the three members of the Chapter that were LRRPs in Vietnam and also the Recondo school…Mark [Miller] and I both felt a special brotherhood with Bruce because we went through this…Bruce…with Mark and some other people, were very active trying to get the Army to pay a little bit more respect to the Ranger Regiment and how it started…without SF there would have been no Ranger Regiment right now… Bruce was a piece of history and I really miss him. I think all of us do.” — Kenn Miller At left, Kenn Miller with Bruce and Mark Miller, at far right