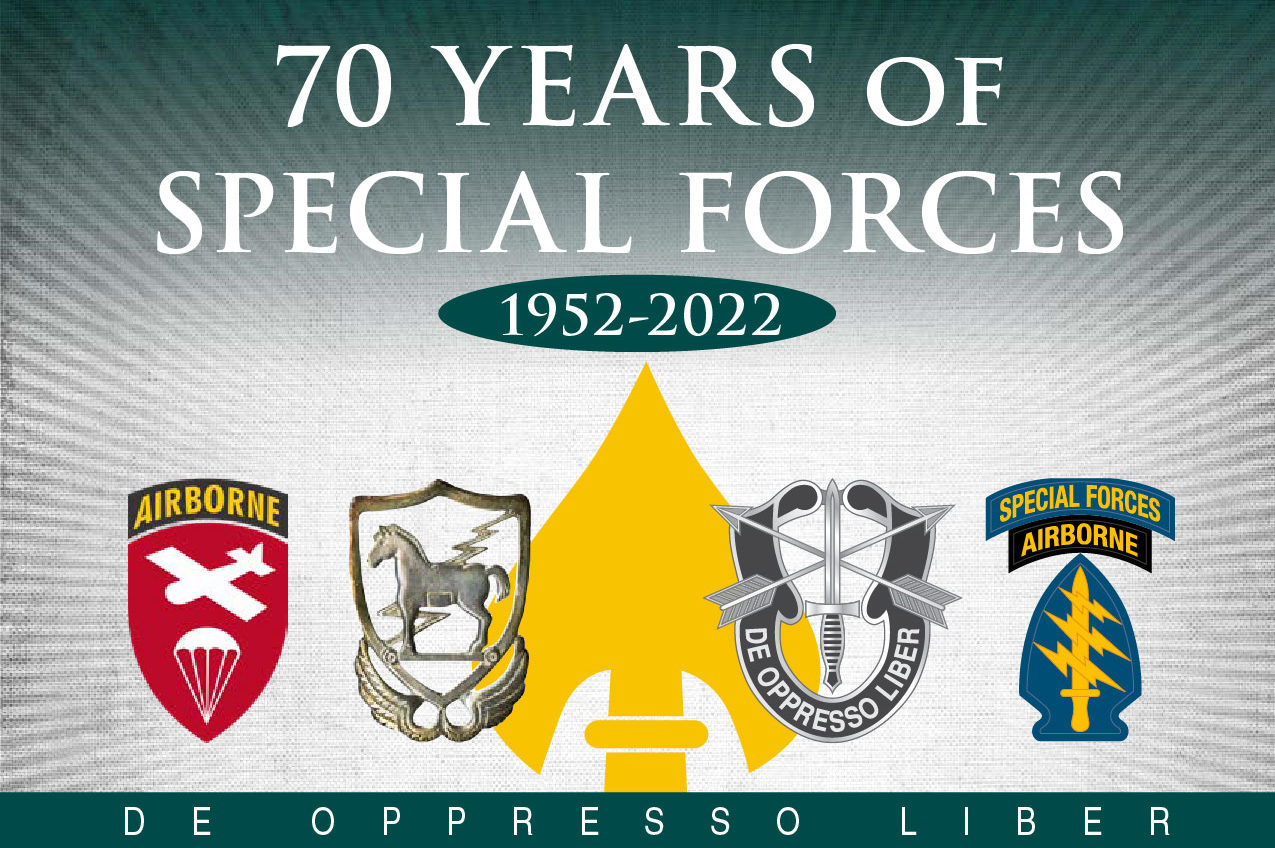 On June 19, 1952 the 10th Special Forces Group was formed under Col. Aaron Bank, a former OSS member, and activated at Fort Bragg, North Carolina. The United States Army Special Forces have joined the ranks of the most respected, professional and capable organizations in our Army. We celebrate the generations of Special Forces Soldiers who have served our Nation with honor, loyalty and courage in peace and war for 70 years.

The United States Army Special Forces have been involved in every major Army operation over the last 70 years. From the jungles of Vietnam, to Grenada, Panama, Haiti, the Balkans, on horseback in Afghanistan, and across the sands of Iraq. They are legendary for taking on the most sensitive missions in the Army—from sabotaging enemy communications and supply lines to infiltrating enemy lines through quiet, guerrilla war-style tactics.

The chart, created by Chapter 78 member James Lockhart, displays the lineage of the United States Special Forces from its inception to today and the honors received by the Groups and subordinate units (click on it to download larger, scrollable pdf). 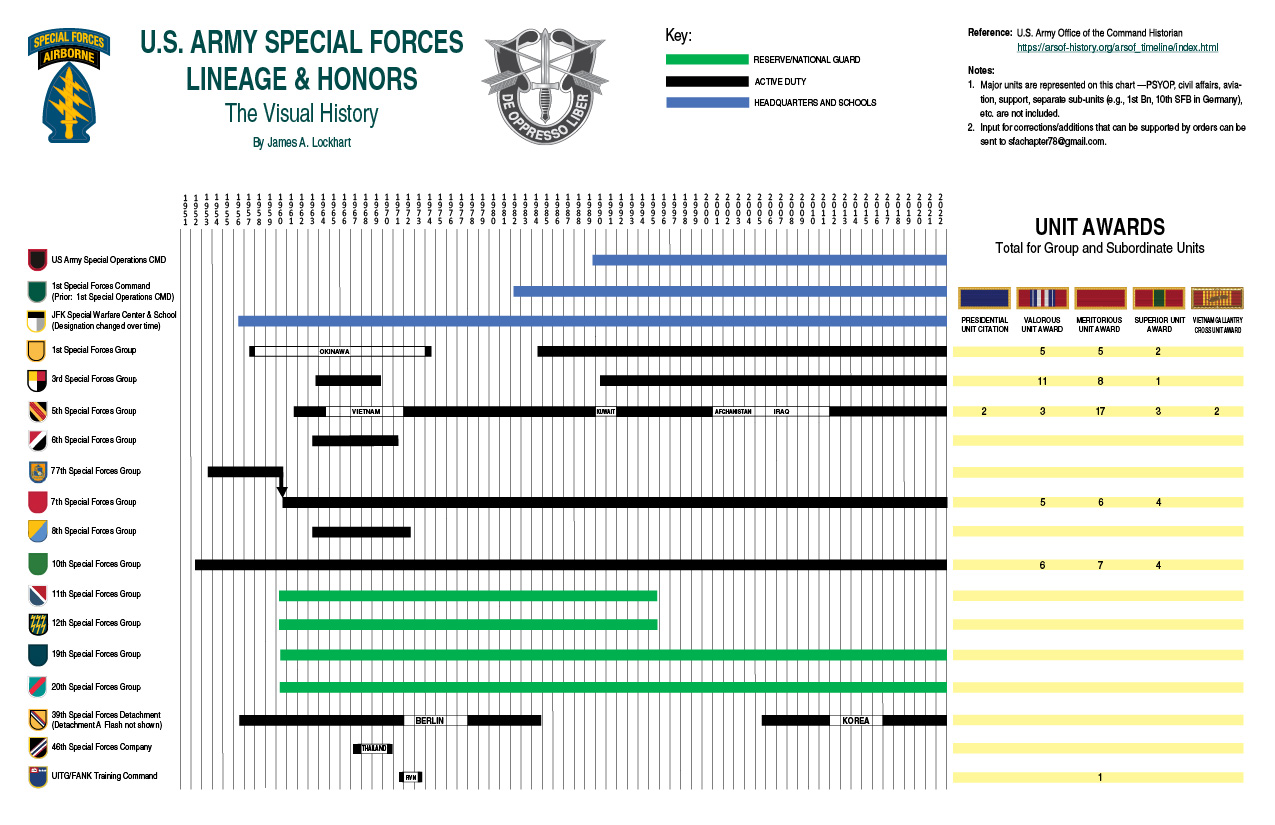