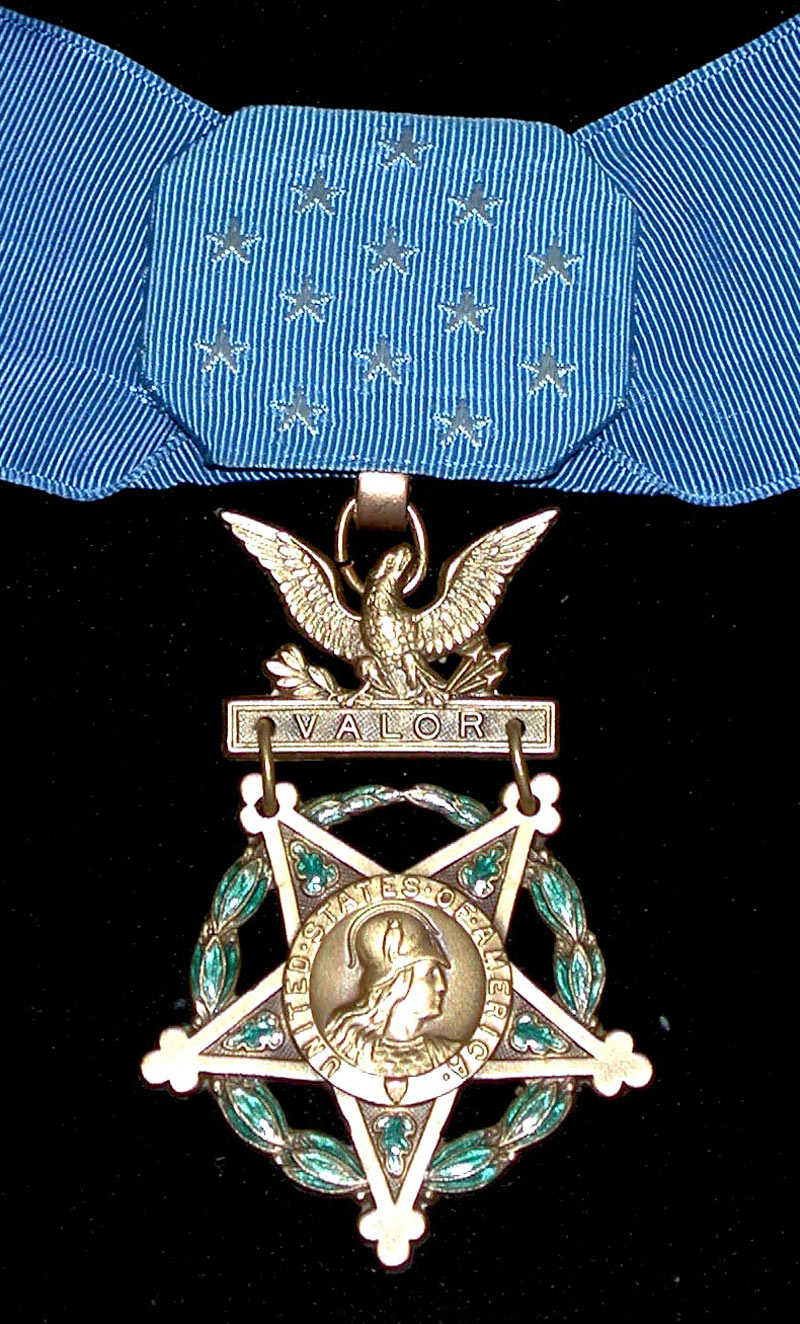 On 16 December, 2021, President Biden presented Medals of Honor to three U.S. Army sol-diers, 3rd ID Platoon Sgt SFC Alwyn C. Cashe, Special Forces SSG (at time of action) Earl D. Plumlee, and Ranger SFC Christopher A. Celiz. Only MSG Plumlee was present in person, the other two awards were posthumous. The citations for their awards are here, in order of the action dates. Each of these men epitomize how we all hoped we would act in their situation.

Sgt. 1st Class Alwyn C. Cashe distinguished himself by acts of gallantry and intrepidity above and beyond the call of duty while engaging with the enemy in sup-port of Operation Iraqi Freedom on Oct. 17, 2005.

Cashe was conducting a night-time mounted patrol when the Bradley Fighting Vehicle he was in charge of was attacked by enemy small-arms fire. An improvised explosive device disabled the vehicle, caus-ing it to become engulfed in flames.

After exiting the vehicle, Cashe began to extract the trapped driver from the vehicle. After opening the hatch, Cashe and a fellow Soldier pulled the driver out, extinguished the flames on him and moved him to a position of relative safety. While doing so, Cashe’s fuel-soaked uniform ignited, causing severe burns to his body, but he continued toward the rear of the vehicle to help other Soldiers who were trapped in the troop compartment.

At this time, the enemy noted Cashe’s movements and began to direct fire on his position. When another element of the company engaged the enemy, Cashe seized the opportunity by moving into the open troop door and aiding four of his Soldiers to escape from the burning vehicle. Afterwards, he noticed two other Soldiers had not been accounted for, and he reentered the burning vehicle to retrieve them. Despite the severe second- and third-degree burns covering the majority of his body, Cashe persevered through the pain to encourage his fellow Soldiers and ensured they received needed medical care.

When the medical evacuation helicopters arrived, he selflessly refused to board until all of the other wounded Soldiers were evac-uated first. Cashe died from wounds sustained in this action on Nov. 8, 2008, at Brooke Army Medical Center in San Antonio, Texas. His heroic actions, at the cost of his life, saved the lives of his teammates.

Throughout the entire engagement, Cashe repeatedly placed himself in extreme danger to protect his team and to defeat the enemy. Cashe’s extraordinary heroism and selflessness beyond the call of duty were in keeping with the highest traditions of military service and reflect great credit upon himself, his unit and the United States Army. 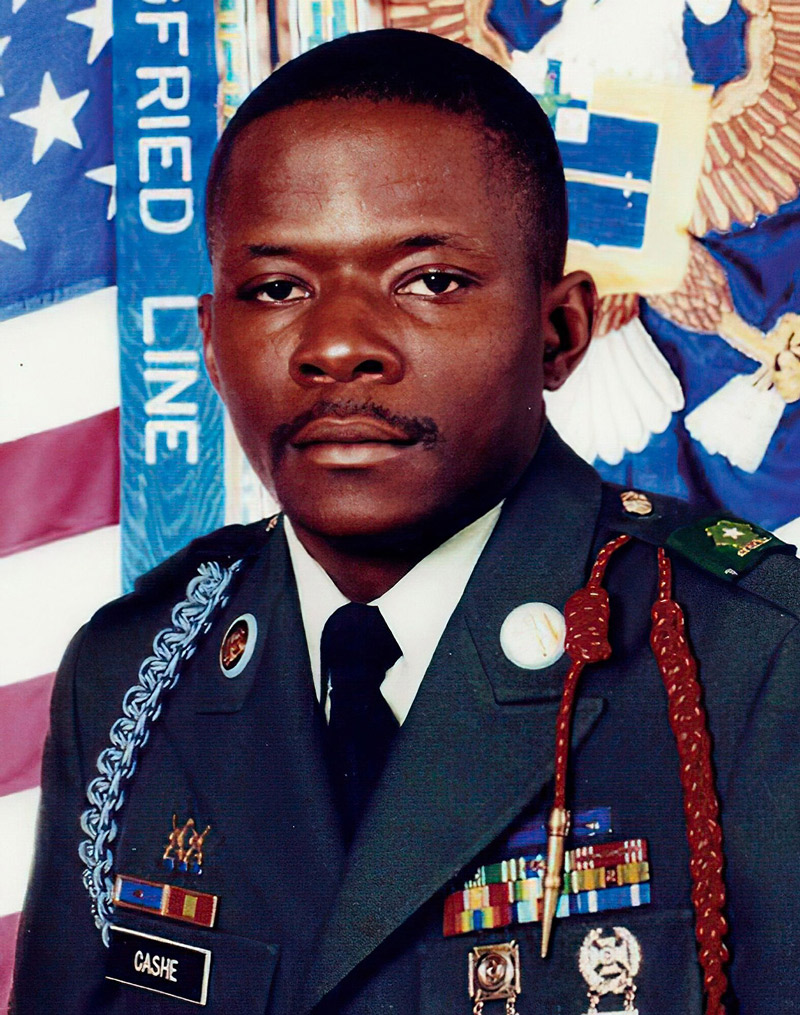 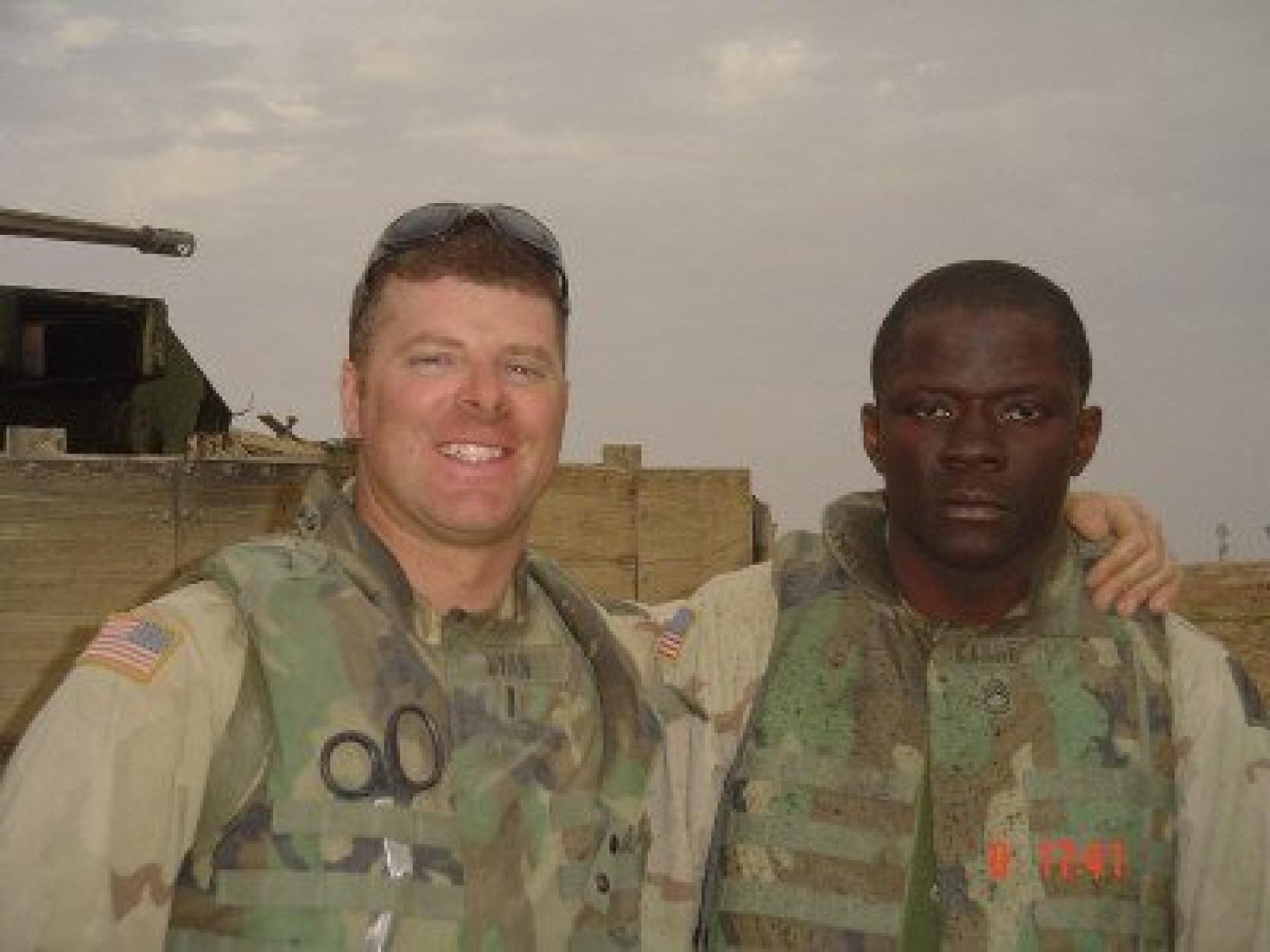 Then-Staff Sgt. Earl D. Plumlee distinguished himself by acts of gallantry and intrepidity above and beyond the call of duty while engaging with the enemy in support of Operation Enduring Freedom in Ghazni Province, Afghanistan, on Aug. 28, 2013.

Plumlee and five other special operations Soldiers, intent on defending the base, mounted two vehicles and raced toward the detonation site. Plumlee’s driver purposefully maneuvered the vehicle into enemy fire to shield three dismounted teammates, two of whom were injured, placing the vehicle under effective enemy fire from the front and right side.

Using his body to shield the driver from enemy fire, Plumlee exited the vehicle while simultaneously drawing his pistol and engaging an insurgent 15 meters to the vehicle’s right. Without cover and with complete disregard for his safety, he advanced toward the enemy force, engaging multiple insurgents with only his pistol. Upon reaching cover, he killed two insurgents. Plumlee left cover and continued to advance alone. Moving forward, he engaged several combatants at close range. Under intense enemy fire, Plumlee temporarily withdrew to cover, where he joined another Soldier.

Plumlee, ignoring his injuries, quickly regained his bearings and reengaged the enemy. Intense enemy fire once again forced the two Soldiers to temporarily withdraw. Undeterred and resolute, Plumlee joined a small group of American and coalition forces moving from cover to counterattack the infiltrators. As the coalition forces advanced, Plumlee engaged an insurgent to his front-left.

Plumlee then ran to a wounded Soldier, carried him to safety, and rendered first aid. Afterwards, he organized three coalition members in a defensive stance as he methodically cleared the area, remained in a security posture and continued to scan for any remaining threats.

Throughout the entire engagement, Plumlee repeatedly placed himself in extreme danger to protect his team and the base, and to defeat the enemy. Plumlee’ s extraordinary heroism and selflessness beyond the call of duty were in keeping with the highest traditions of military service and reflect great credit upon himself, his unit and the United States Army. 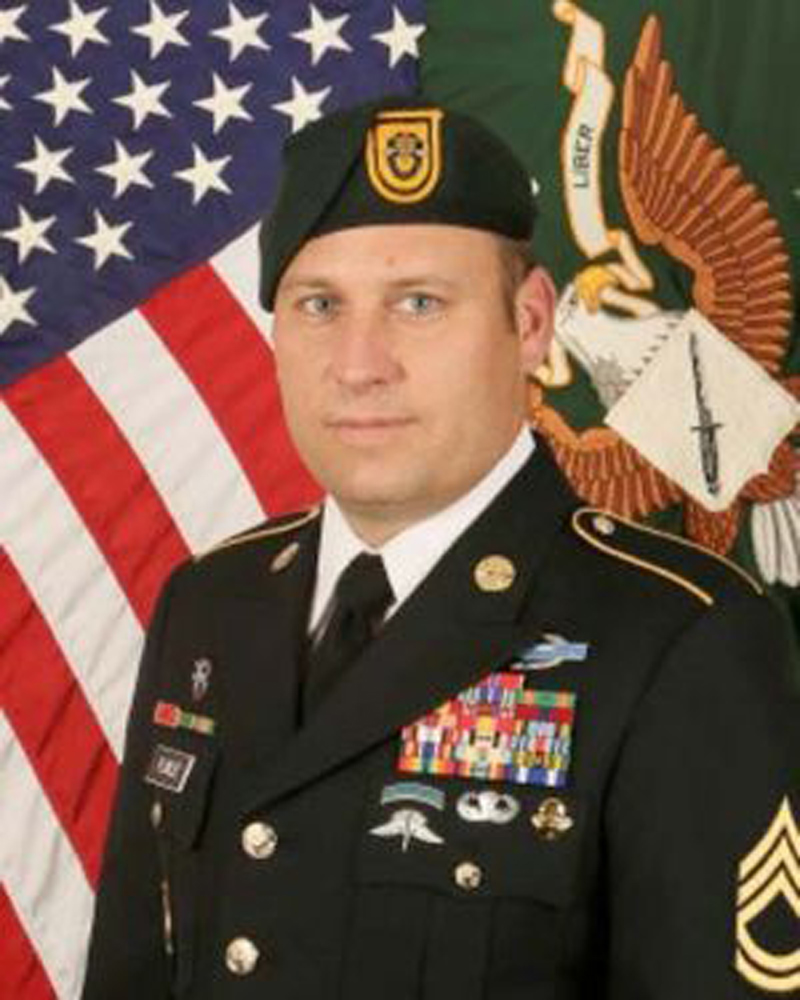 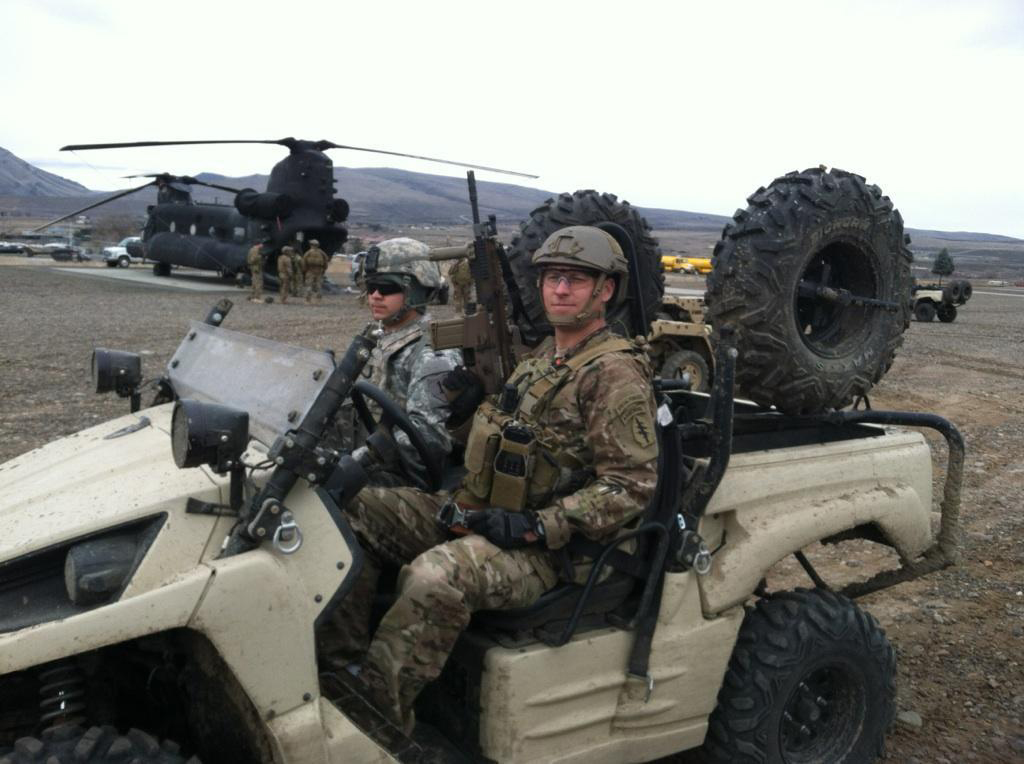 Sgt. 1st Class Christopher A. Celiz distinguished himself by acts of gallantry and intrepidity above and beyond the call of duty while engaging with the enemy in Paktia Province, Afghanistan, on July 12, 2018.

As the leader of a special operations unit comprised of partnered forces and members of the 1st Battalion, 75th Ranger Regiment, Celiz led an operation to clear an area of enemy forces and thereby disrupt future attacks against the government of the Islamic Republic of Afghanistan.

Shortly after his team reached their initial objective, a large enemy force attacked. The enemy placed effective fire on him and his team, preventing them from maneuvering to a counterattack. Realizing the danger to his team and the operation, Celiz voluntarily exposed himself to intense enemy machine-gun and small-arms fire.

Under fire, he retrieved and employed a heavy weapon system, thereby allowing U.S. and partnered forces to regain the initiative, maneuver to a secure location, and begin treating a critically wounded partnered force member.

As the medical evacuation helicopter arrived, it was immediately engaged by accurate and sustained enemy fire. Knowing how critical it was to quickly load the wounded partner, Celiz willingly exposed himself again to heavy enemy fire so he could take charge to direct and lead the evacuation. As the casualty was moved from a position of cover, Celiz made a conscious effort to ensure his body acted as a physical shield to protect his team, the injured partner and the crew of the aircraft from enemy fire. After the wounded partner was loaded, Celiz’s team returned to cover, but he remained with the aircraft, returning a high volume of fire and constantly repositioning himself to act as a physical shield to the aircraft and its crew.

With his final reposition, Celiz placed himself directly between the cockpit and the enemy, ensuring the aircraft was able to depart. Upon the helicopter’s liftoff, Celiz was hit by enemy fire. Fully aware of his injury, but understanding the peril to the aircraft, Celiz motioned to the pilots to depart rather than remain to load him. His selfless actions saved the life of the evacuated partnered force member and almost certainly prevented further casualties among other members of his team and the aircrew. Celiz died as a result of his injuries. His extraordinary heroism and selflessness beyond the call of duty were in keeping with the highest traditions of military service and reflect great credit upon himself, his unit and the United States Army.

Throughout the entire engagement, Celiz significantly changed the course of the battle by repeatedly placing himself in extreme danger to protect his team and defeat the enemy. 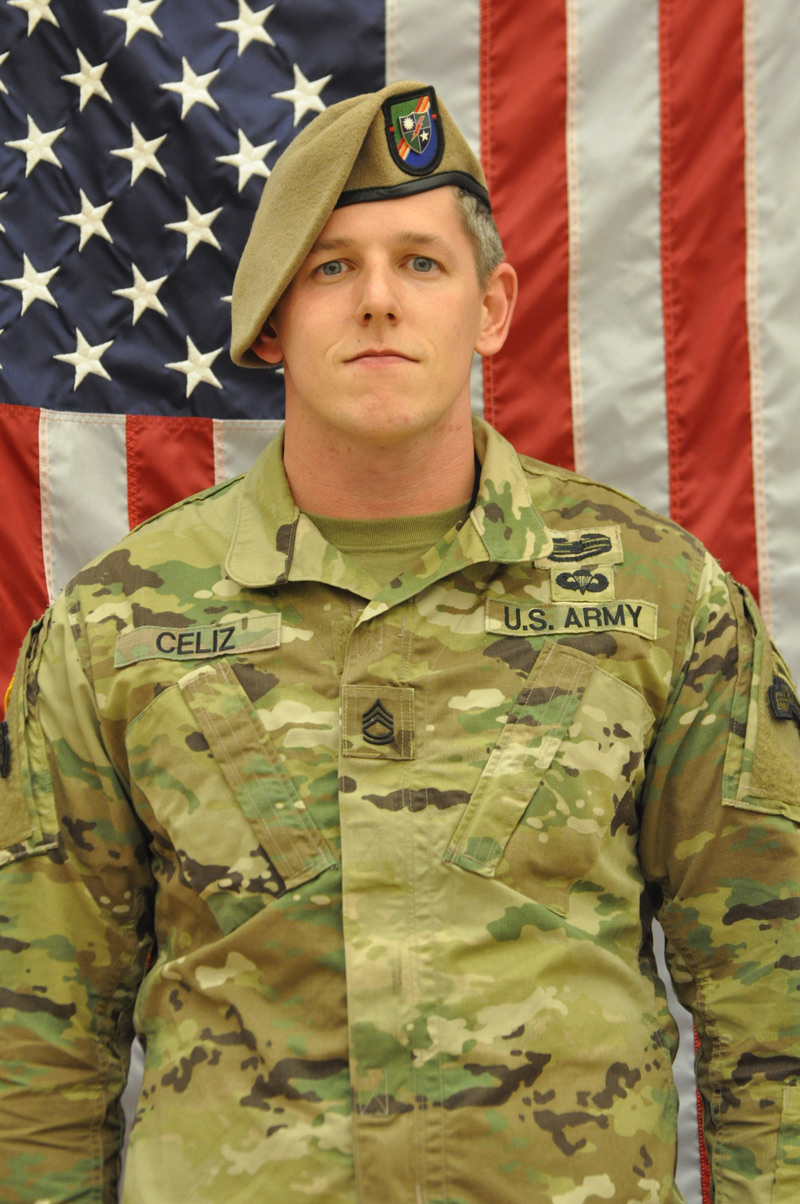 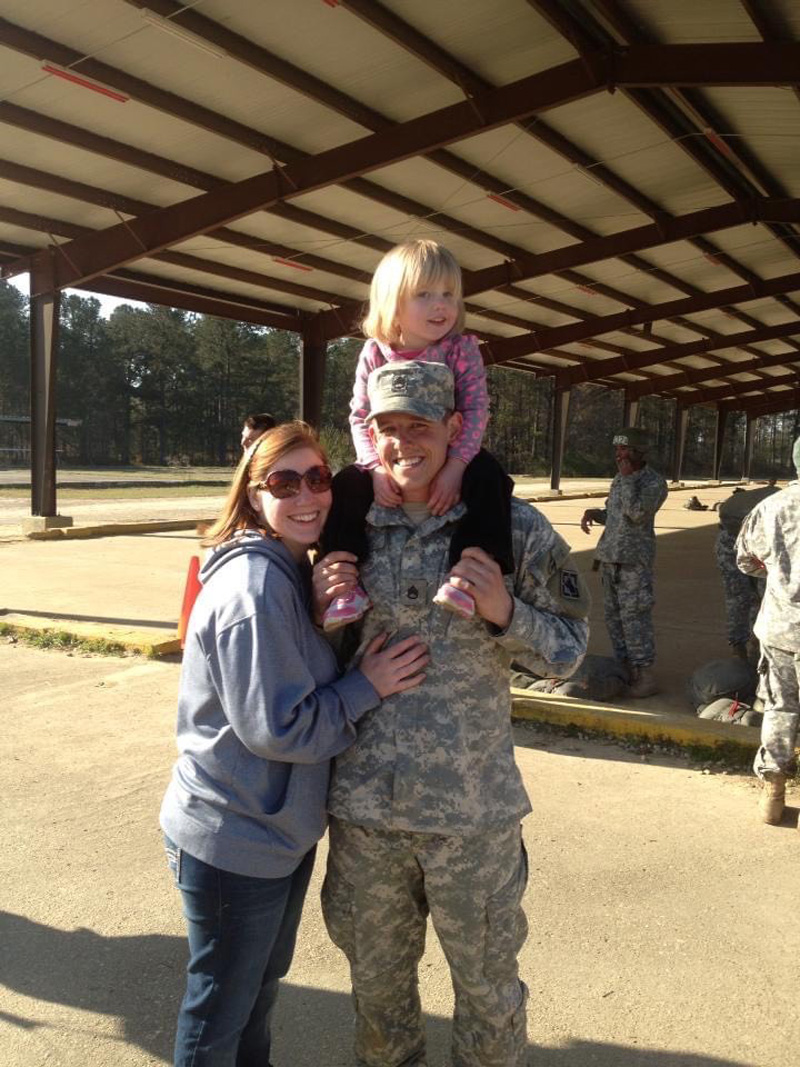 The Celiz family poses for a photo at Airborne School, Fort Benning, GA in 2013. (Photo courtesy of Katie Celiz)